Crobot is awesome. You must buy their CD now.

Having just inked a deal with Wind-Up Records, Central Pennsylvania rockers Crobot started 2014 on a high note and have just wrapped up a 3 week run with a couple of their favorite bandsÂ Clutch and The Sword.

Their blend of dirty, groovy rock fit in well with this lineup and after seeing them perform live, it is quite understandable why Wind-Up expressed such interestÂ in signing them. The guys perform with raw intensity and still display a hunger and drive to succeed found in many, but matched by few up-and-coming bands.

You do not want to miss them live.

The band haveÂ been hard at work in the studio with famed producer Machine, who has worked with bands such as Clutch, Lamb Of God, Cobra Starship, and Gym Class Heroes. The follow up to their self-released debut The Legend Of The Spaceborne Killer is expected to come out sometime this spring. According to the band, the recording process for the new album was an immense learning experience whichÂ promises to take their music to the next level.

The guys took a few moments to chat with the National Rock Review before the final date of their current tour over at The Machine Shop in Flint, Michigan.

If youÂ did happen to missÂ them this time around, don’t worry; the band will be hitting the road once again at the end of January when they embark on the Snocore 2014 Tour which returns after a two year hiatus and includes such acts as The Pretty Reckless, Heaven’s Basement, and The Letter Black. Boston based Empire Street have recently been added to the lineup.

The first Crobot albumÂ is The Legend Of The Spaceborne Killer and was released on October 30, 2012. They have released a video of the title track.

Make sure you check these guys out on the Snocore Tour 2014 and keep an eye out for their upcoming Wind-Up Records debut.

Crobot album is available at Amazon: 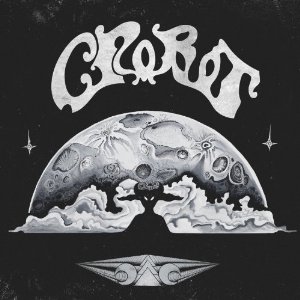