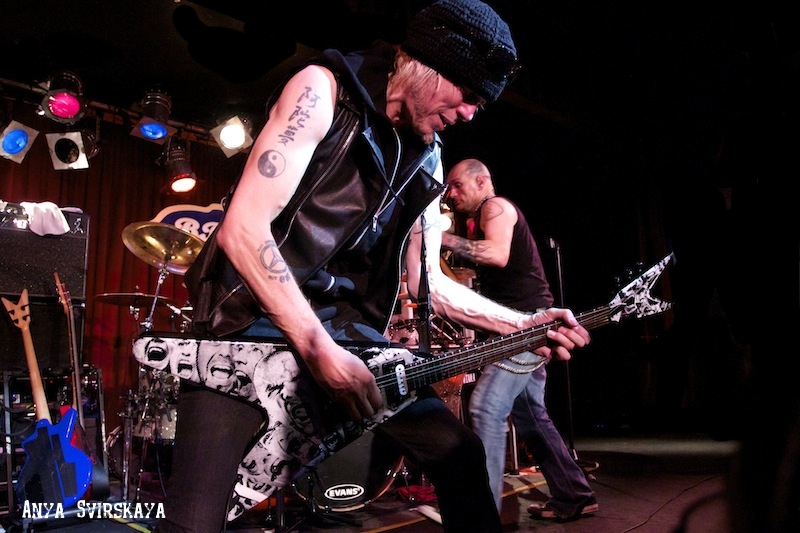 Michael Schenker is currently on tour to promote his new solo album, Bridge The Gap. On January 22nd, his tour made a stop in New York City, at BB Kings. Â The set list included four musical periods; his work with the Scorpions, UFO, MSG, and his solo career. Michael Schenker performed three songs of the new album: Neptune Rising, Where the Wild Winds Blow, and Horizons.

During the show, Doogie White dedicated Before The Devil Knows You’re Dead to the memory of the late Ronnie James Dio. Both musicians were former frontmen of the rock band Rainbow. During the show, it was announced that Michael Schenker will be returning to New York City for two back to back performances.

The support band of the night came from Brooklyn’s own Gothic Knight and Awaken hailing from Connecticut. Both bands are currently promoting their new albums Reflections From The Other Side and Out Of The Shadows.