Home
ColumnsIn Case You Missed It

More popularÂ now than ever before, the band Judas Priest has been riding high following last yearâ€™s Redeemer of Souls album and tour. One of the benefits of having been around for 45+ years is being able to go back into your past catalog and reissue earlier releases for a newer generation of metalheads. This is exactly what Judas Priest has done with their 30th Anniversary remastered/expanded edition of 1984â€™s classic Defenders of the Faith album.

Known for twin lead guitars and a wide operatic vocal style, they also introduced the S&M leather-and-studs look into heavy metal and are widely recognized as one of the greatest heavy metal bands in history. MTV even ranked them as the second Greatest Metal Band of all time â€“ right behind Black Sabbath and right in front of Metallica â€“ while VH1 named them the 78th greatest artist of all time in 2010.

According to UltimateClassicRock.Com, it was Judas Priest alone among their original â€˜70s brethren, who showed enough courage to actually own their association with the â€˜heavy metalâ€™ tag, while everyone from Led Zeppelin to AC/DC, and even Black Sabbath, consistently refuted it, in a futile attempt to pacify critics of the music.

Judas Priest was coming off an era in which several albums went down as some of the greatest in the history of heavy metal music: 1980s British Steel and 1982s Screaming for Vengeance, just to name a couple. Not wanting to give up on their new-found momentum after Screaming for Vengeanceâ€™s brilliant hard-hitting commercial breakthrough, they knew that their next release had to ‘deliver the goods,’ to cement their standing as the leaders of metal, and deliver they did.

Defenders of the Faith spawned headbanging classics such as â€œFreewheel Burning,â€ â€œSome Heads Are Gonna Roll,â€ â€œLove Bites,â€ â€œJawbreakerâ€ and â€œThe Sentinel,â€ which propelled the album to certified Platinum status by the Recording Industry Association of America.

Some critics dubbed Defenders of the Faith as ‘Screaming for Vengeance II’ due to its musical similarity to the previous album. Like Vengeance, Defenders is supported by Dave Hollandâ€™s fast â€˜rat-a-tat-tatâ€™ drumming, K.K. Downing & Glen Tiptonâ€™s blistering twin-Stratocaster guitar solos, Ian Hillâ€™s thumping bass lines, and is blended together with Rob Halfordâ€™s high-pitched screeching operatic voice. Stylistically, Defenders did not greatly depart from its predecessor; it contained the same mix of short, up-tempo metal anthems with stadium shoutalong choruses, and although progressive elements returned on some tracks such as â€œThe Sentinel,â€ the main difference is that Defenders showed a darker, slightly more aggressive side of the band than Vengeance did. 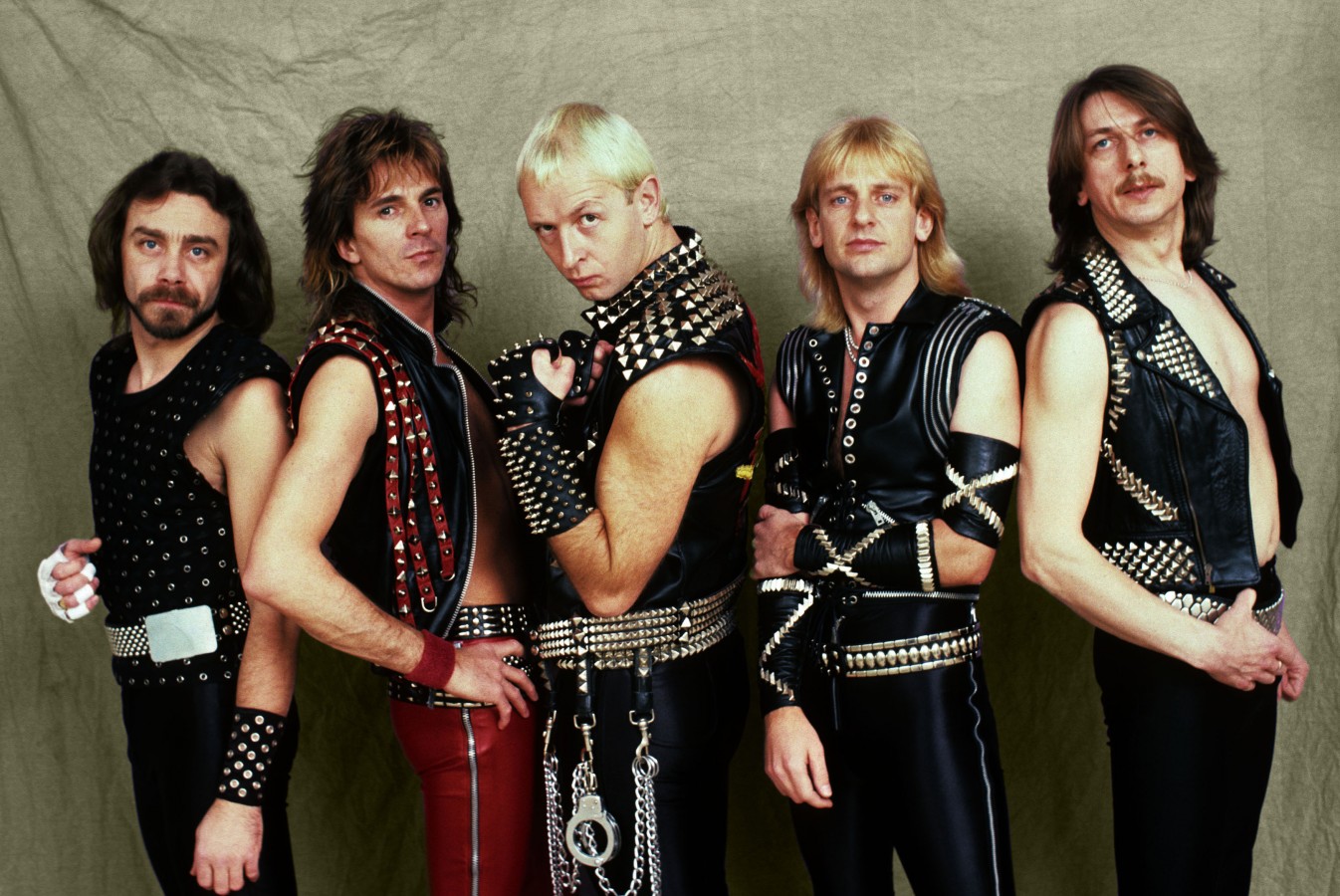 Defenders can also be considered a sort of creative dividing line in the bandâ€™s career. The â€˜70s saw the band releasing an innovative body of work that started out primarily rooted in heavy blues rock, while becoming somewhat progressive, with complex guitar passages, and poetic lyrics. It wasnâ€™t until 1980 when the band adopted a more simplified radio rock sound on the British Steel album. The songs were shorter and had more mainstream radio hooks, but retained the familiar heavy metal feel of their earlier releases. On 1982’s Screaming for Vengeance, the band modified their sound to include a harder, heavier feel. Defenders of the Faith solidified this heavier Judas Priest and introduced them to a younger, pre-teen audience who were just discovering heavy metal for the first time.

Judas Priest found themselves at the forefront of the rise of heavy metal in the United States and Defenderâ€™s became this generationâ€™s call to arms. The cover art features a ram-horned, tiger-like, land assault creature, with Gatling guns and tank tracks, which was baptized by the band as the â€˜Metallian.â€™ He is described on the back cover: â€œRising from darkness where Hell hath no mercy and the screams for vengeance echo on forever. Only those who keep the faith shall escape the wrath of the Metallianâ€¦ Master of all metal.â€ This creature effectively captured the attention of those young teens and became the symbol of their imaginary battle to take over the world with their army, and they all came together to worship at the altar of heavy metal.

â€œEat Me Aliveâ€ was listed at #3 on the PMRCâ€™s (Parents Music Resource Center) Filthy Fifteen, a list of 15 songs the organization found most objectionable. This helped fuel the imagination of headbangers everywhere. PMRC co-founder Tipper Gore, stated the song was about oral sex at gunpoint. In response to the allegations, Priest recorded the song â€œParental Guidanceâ€ on the follow-up album Turbo.

Now, 30 years after its original release, a newly expanded three-CD version of the album has been unleashed via Columbia/Legacy. The set includes the original ten-track album remastered by producer Tom Allom, and a complete live recording from the Defenders tour, recorded at the Long Beach Arena in California, on May 5, 1984.

As the band states in the liner notes to the reissue, â€œItâ€™s 30 years since we released Defenders of the Faith. Weâ€™re very proud to say it has become a classic thatâ€™s beloved by Priest fans throughout the world.â€

Debuting at #6 on the Billboard 200, Judas Priestâ€™s 17th album, Redeemer of Souls, helps them continue to â€˜defend the faithâ€™ to this day, and itâ€™s immediately evident that the bandâ€™s popularity amongst metal-heads remains as strong as ever because it debuted higher than any other Priest release. And on the groupâ€™s Redeemer tour, quite a few classics from Defenders were performed for the first time in years.

Defenders of the Faith remain one of Judas Priestâ€™s strongest albums ever. It fed the â€˜Metal Hungerâ€™ of millions of disenfranchised youths, while earning a special place in their hearts as they became part of the heavy metal nation, all the while following the Metallian into battle. And now, fans will get a chance to re-experience vintage Judas priest, with the Defenders of the Faith reissue. 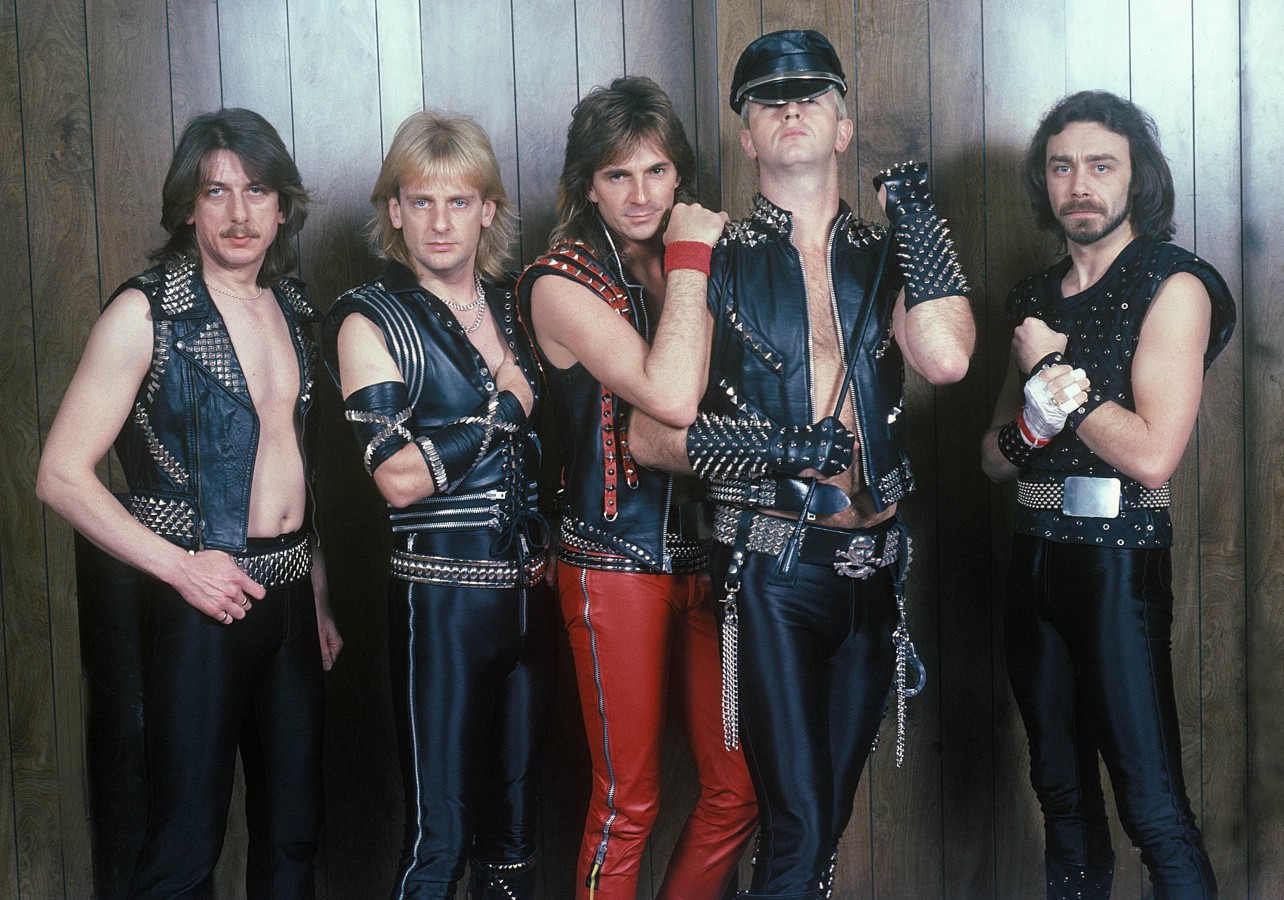