After a long silence, Detroit rockers Core Effect emerge with a new-found sound that transcends time with a classic sounding modern edged feel.

Core Effect wanted to reinvent themselves on their newest release, Ethos, so the band decided to bring singer/guitarist John Keffalo back to the mix. Keffalo was part of the line-up back in 2009 when the band scored a local radio hit with the single â€œI Did It Allâ€ off of their Armored Shades of Light CD. The band is rounded out with singer/bassist Randy Riddle, guitarist Joe Keough and drummer Athear Najor.

Two years ago, Riddle reached out to Keffalo to start writing, what Riddle jokingly refers to as their â€˜White Album.â€™ The Beatles were attending a transcendental meditation course during the recording of the White Album, which had a great impact on the vibe of the album, and is revered by many for its multi-direction while also being considered some of the Beatlesâ€™ best songwriting.

Core Effect wanted this same feeling behind Ethos. The band has two distinct voices which they try to use toÂ their advantage. They are really into harmonies and making the sound a group effort, something musically that the Scottish post-rock band Mogwai has been able to achieve. Riddle says that itâ€™s also about finding that balance with their vocals that the Beatles, Alice in Chains, or even System of a Down have been able to do.

Core Effect disappeared completely from the Detroit music scene to allow them to â€˜dig inâ€™ and complete their reinvention. They began with 20+ songs and condensed it down to nine songs. Focusing heavily on hooks and harmonies, they felt these nine songs was a conglomeration of past and present rock nâ€™ roll and best represented what the band was trying to accomplish.

When it was time to record, the band decided on using GBP (Glenn Brown) Studios in Lansing, Michigan. The studio has quite the local and national resume as Glenn Brown & GBP Studios have recorded, mixed or mastered many talented artists over the years, such as Kid Rock, Evans Blue, The Verve Pipe, Iggy Pop and Ted Nugent, to name a few.

Riddle says the primary reason why they wanted to record with Glenn is that Glenn is an expert on recording to 2â€ analog tape. They really wanted that 60s or 70s sound of the Beatles and Led Zeppelin mixed with their modern style of songwriting. Glennâ€™s board is a Neve board which he brought up from the world-famous Muscle Shoals studio a few years back. This same board has recorded such classics as Lynyrd Skynyrdâ€™s â€œFreebirdâ€ and Bob Segerâ€™s â€œOld Time Rock and Rollâ€ plus Glenn also had an arsenal of vintage amps at the bandâ€™s disposal. 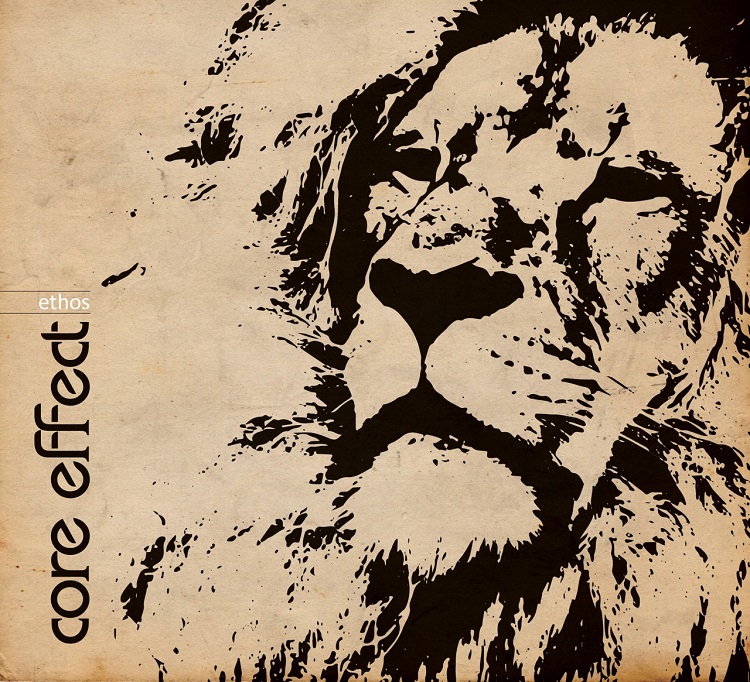 â€œDecisionâ€ is a slower tempo tune with beautiful guitar tones and solid vocal harmonies reminiscent of some of the nineties grunge tunes I used to dig. The rhythm guitar player has a good feel for harmonics and the grunge on the distortion is dialed in just right. Keffalo and Riddleâ€™s two-voiced approach shines on this one, adding an edge to the song that would be difficult to achieve with only one singer.

â€œLevelâ€ starts out with a unique mellow guitar intro. I halfway expected a down sliding pitch on that third â€œGoâ€ during the intro however the band continues the mellow vibe by repeating the verse. When the song kicks in, I again hear those really tight harmonies that I love, and the track has a nice poppy bounce to it. By the time the half-tempo kicked in, I was hooked. What a great sound the band has, especially the washy ride during the bridge solo.

â€œCountry Stonesâ€ has a watery sounding effect on the guitar just for a few seconds. Then, into the song, and one is treated to a nice locomotion throughout the entire song, with some nice guitar melodies in the back. Then the chorus goes halftime and in come the harmonies again. This band â€˜KNOWSâ€™ harmonies and they embrace it exactly like I was hoping they would! That major chord progression during that chorus is just hypnotic.

â€œCoronerâ€ has a slow galloping bounce to it. I especially enjoyed the muted sounding guitar melody behind the chorus and the David Gilmore sounding guitar solo. I also dug the double-snare rhythm during the verses which gave the song a neat kind of hanging-beat which helps set it apart from other formulaic tunes. This is definitely one of the albumâ€™s stand-out tracks which I could easily see attaining major radio airplay.

â€œLet Goâ€ has a very Beatlesesque guitar intro to it. I expected a bigger sounding thump on that kick drum when the song kicks in, but itâ€™s an otherwise good tune overall. The keyboard supports the psychedelic sounding guitar just right creating an interesting contrast not heard on the other tracks.

â€œMountain Lion Deadâ€ contains another slow, thoughtful guitar intro, almost apologetic sounding. Then the song comes in and the vocalist reaches a surprisingly melodic falsetto high. There is a very tragic feel to this songâ€™s melody, especially during the chorus. It felt like an endless struggle that just weighed heavily on the songwriter. This is a really great sounding, heavily emotional song, causing one to close their eyes and nod their head along to it in enjoyment.

â€œMatcheadâ€ starts out as a riff-driven rocker with a fraction of a second of uptempo-ish guitar intro, then the drums come in and the band moves back into the thoughtful lane. Core Effect has a great sound although I wouldâ€™ve liked to hear a little more rock on this one.

â€œUp With The Timesâ€ has some really unique chord progression making an otherwise formulaic song interesting and surprising.

â€œMarigoldâ€ starts out with another unique sounding guitar intro. It struts along never moving out of the slow lane. Somewhat bland and not quite the right closer for an otherwise stellar release. Although still a good tune, I secretly wish the band wouldâ€™ve said â€œScrew itâ€ and rocked out for a 3-minute song, ending the album with a bang!

Core Effect has crafted a beautiful wall of sound, something Pink Floyd, Mogwai and The Cure have also utilized to their advantage. Ethos is worthy of several listens, over and over, then over again. It is one which should easily stand the test of time, becoming one of those albums you will continue going back to. The album is wonderfully mixed with both guitars giving the album a full, thick sound. And, the vocals? Both Keffalo and Riddle play off each other so well, that it easily reminds one of the same magic between Layne Staley and Jerry Cantrell, of Alice in Chains.

Recording in analog allowed Core Effect to give the songs a more honest, raw and natural sound.Â Getting back to the roots of production allowed themÂ to pull off a modern day recording with an old school feel, capturing the very essence of the band. This perfectly imperfect recording shows every nuance of the band. They have created a solid modern day rock album with a full vintage guitar sound, soulful vocals, and intricate, warm rhythms while layered behind a batch of well-written meaningful lyrics.

What does Ethos have in common with The Babysâ€™ Union Jacks, Prince & the Revolutionâ€™s Around The World In A Day, Aerosmithâ€™s Rocks, Billy Idolâ€™s Rebel Yell, Depeche Modeâ€™s Violator, Dire Straitsâ€™ Communique, Talking Headsâ€™ Speaking In Tongues, Joy Divisionâ€™s Closer, Metallicaâ€™s And Justice For All and Ministryâ€™s The Mind Is A Terrible Thing To Taste? Musically, they sound all different however Ethos is a classic album as good and timeless as these, and similar to these listed albums, Ethos packs only nine songs on it, as do they, leaving you wanting more. Man, I wish this album were longer! 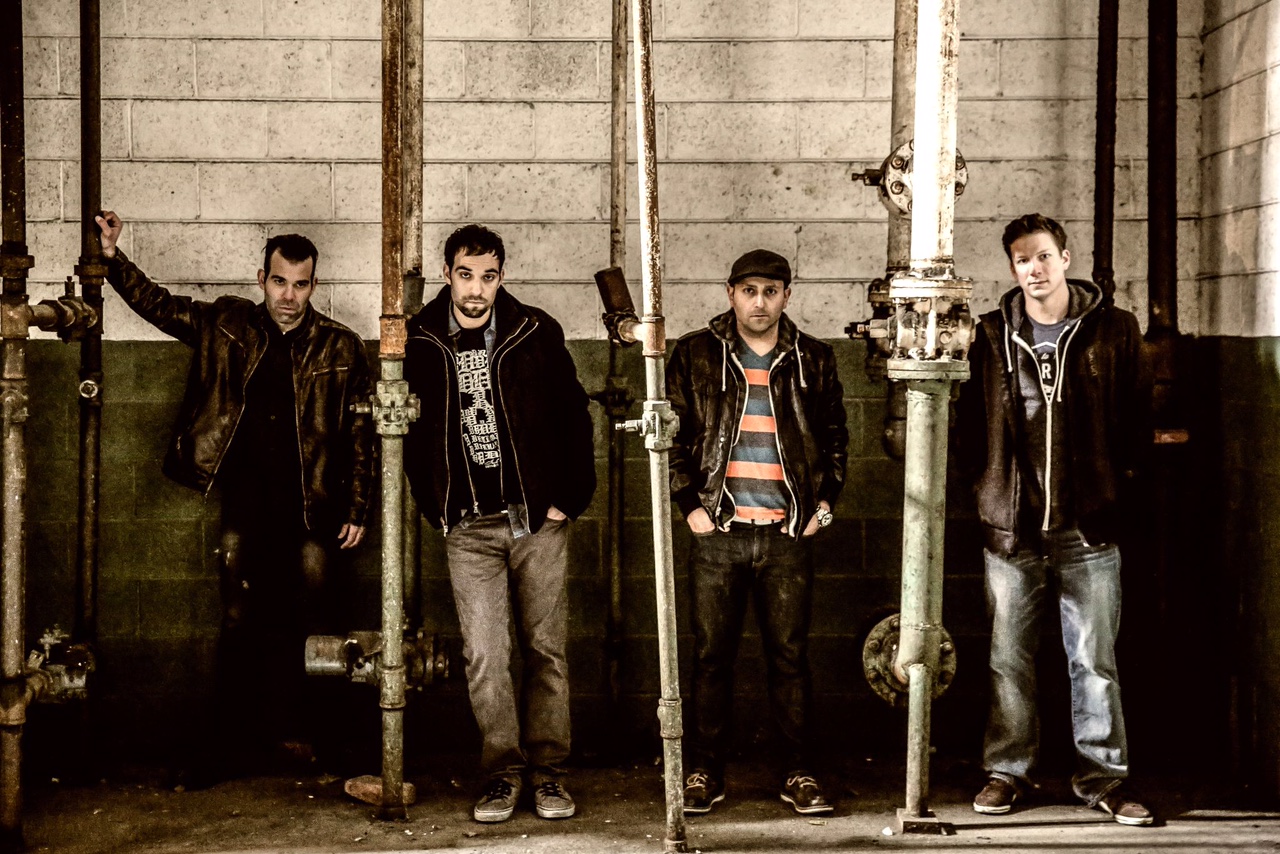