Blue Snaggletooth have been gaining a big following in the Midwest and overseas with their punk-inspired brand of stoner rock. On their latest album, Beyond Thule, they have baked up some big fat riffs filled with fuzz-infused power.

Chris Taylor (vocals/guitar) has been instrumental in pulling together a wealth of great talent to a festival he puts on in Ann Arbor, Michigan called Fuzz Fest. This year’s festival takes place on June 11-13 at the legendary Blind Pig. The festival features 33 bands with music running non-stop each night on two stages. Headliners include The Amino Acids, Wolf Eyes, and Beast In The Field. 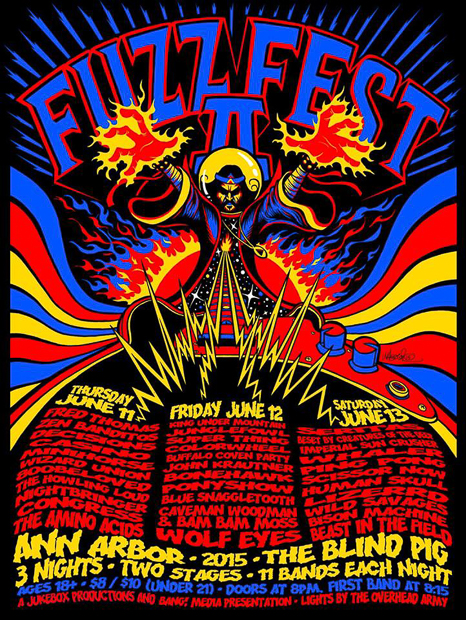 NRR met up with the band outside their studio to talk about their music, the state of music today, plans for the future, and Fuzz Fest.