Get ready Slash fans, new legs of the tour with Myles Kennedy and the Conspirators might just be headed your way.

Begin transmission ~ “Slash and his band Featuring Myles Kennedy and The Conspirators will kick off a U.S. tour Apr 25, 2015 in Orlando FL. Today, (Feb 24, 2015), the group announced new shows in New Orleans, Sioux City, Austin and Dallas that have been added to their U.S. trek encompassing headlining shows and festival appearances. The month-long tour is the first solo trek supporting the groupâ€™s acclaimed studio album World On Fire. 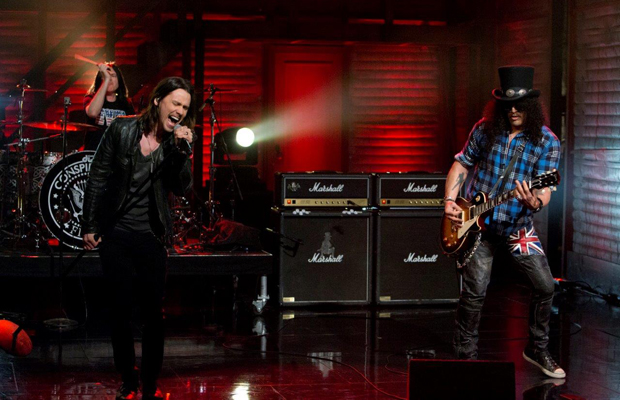 “The World On Fire tour has been nothing short of awesome, so I can’t wait to jump on these U.S. festivals in May and mix in our headlining shows for a bunch of dates along the way.” ~ Slash