Featuring 13 songs of intoxicating thrash and death metal, Feared has crafted a metal masterpiece with their new album Synder.

Feared entered our radar with last yearâ€™s epic Vinter album. On Synder (which is Swedish for â€œSinâ€), we find Feared continuing to perfect the art of metal songwriting. This album features a wealth of captivating riffs intriguing the mind and splinter bone.

The album opens with a deceptive acoustic interlude giving way to a majestic progression on the title track. You may be lulled into a false sense that this record will be a prog-rock festival. This premise quickly vanishes as the blistering opening riffs of â€œYour Demiseâ€ give you a look at what is to come. 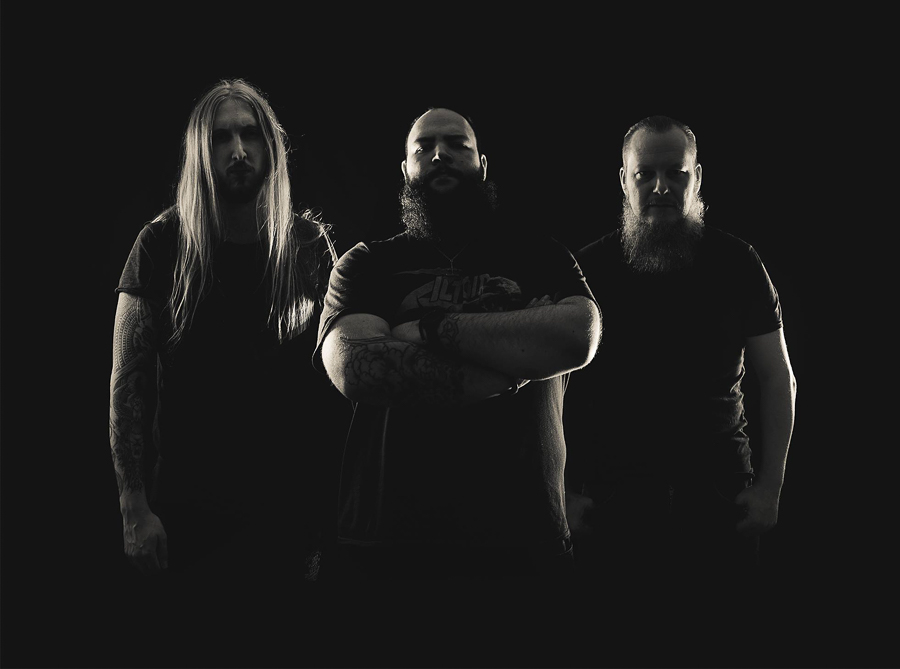 Itâ€™s difficult to pick out the best songs inÂ this release, as they are marvelous works of art. â€œOf Iron and Ashesâ€ and â€œWolf At the End of the World,â€ showcase the rapid-fire blast beats of Kevin Talley on drums. The meat of each of these tunes is anchored by the methodical bass work of Jocke Skog. Hearing these musicians work together, there is no doubt this is a rhythm section bursting with talent.

â€œMy Grief, My Sorrow,â€ illustrates the masterful way Ola Englund and his band mates in Feared have created songs that have a base in death metal; yet mix in textures of progressive and thrash metal. The result is fist clenching heavy metal which soars to the heavens with intensity.

While riffs inÂ this album are impeccable in creating grooves and exploring the dynamics within each song, Ola Englund should be given special praise for the guitar solos. They are lyrical and packed with emotion. His playing will remind you of Steven Wilson from Porcupine Tree. Listening to the solo on â€œGodless Devotion,â€ and you will feel the notes breath inside of you.

A great deal of the ferocity of the music on Synder is due to the vocal prowess of Marco Ramos. His voice howls with fury on â€œBy Silent Screamingâ€ and finds the depths of the grave on â€œMy Own Redemption.â€ Marco even breaks out a bit clean singing on this same song.

Synder is a spectacular metal album that features metal music at its finest. From outstanding performances by each band member to top-notch production, Feared has made a recording that will stand the test of time.