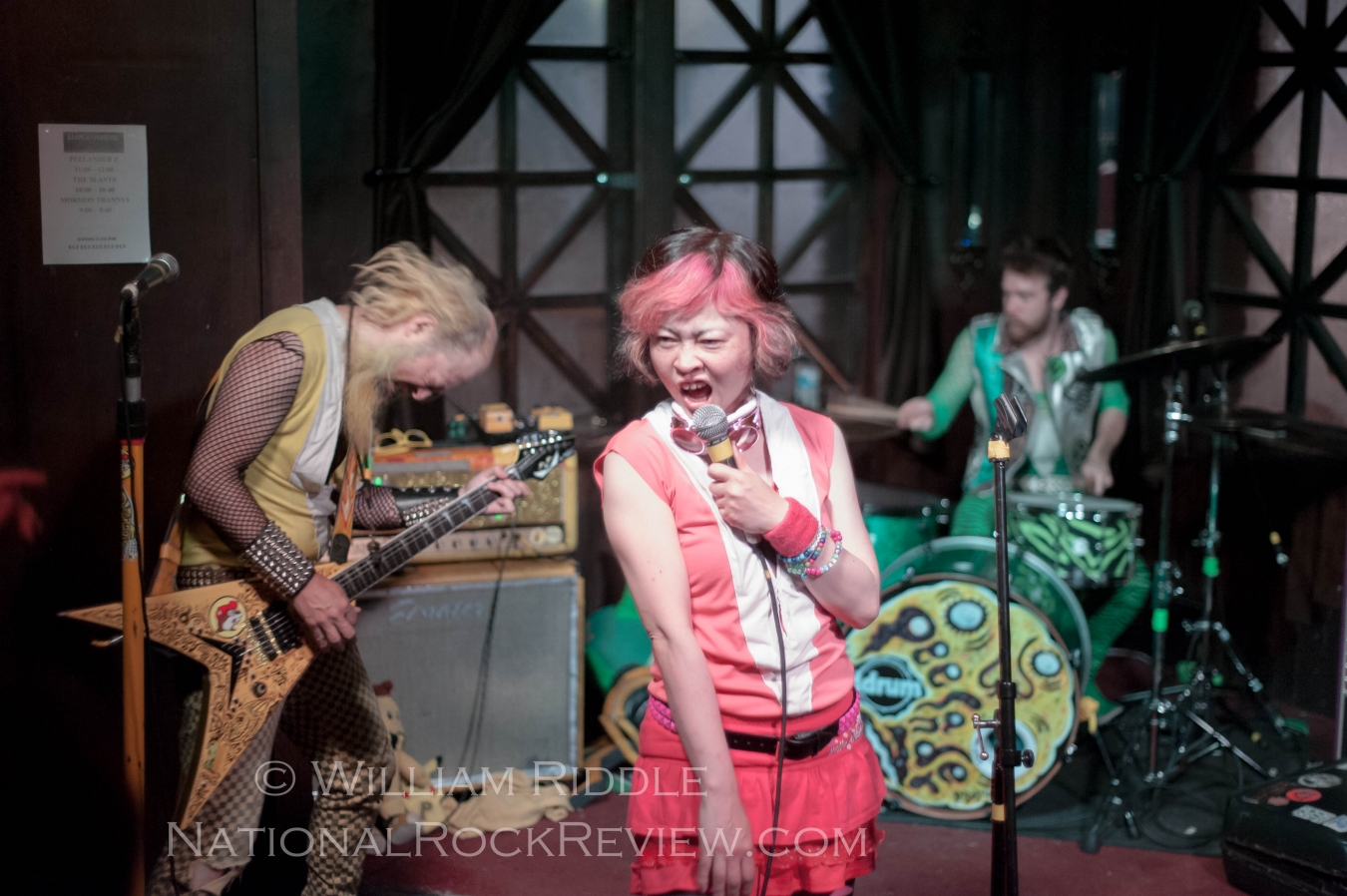 Once in a while, communications get crossed and things donâ€™t work out as planned. You either go home or stick around and see what happens. The line of hardcore SevenDust fans continued to grow outside the Hawthorne Theatre. It looked to me as if the gig may have sold out times over.

However, while outside the venue, I chatted with security only to discover a different band was playing that evening. With no pre-approved photo pass, and determined to cover something, I was going to have to pay to get in this gig. This is not a favorite thing to do as I’m providing photo coverage for the venue, the band, and the fans. Lets call this a philanthropic moment, my ‘give back’ to the music scene for all the cool shows I’ve covered in the past.

While digging deep in my pockets, I asked security at the door “if I had to pay to get in and if so, would I be able to cover (photograph) the show?” She didn’t know but, an answer came quickly from an Asian dude with yellow hair and beard who was walking by. It was Yellow and Pink. The security guard asked if it was cool to take photos and he (Yellow) was very happy to have someone cover their show. Next step, find the rest of the bands and ask their permission as well. All said yes and it was a go!

The Mormon Trannys, a local Portland Punk band that dress up as Mormon elders in drag, were first to hit the stage. Their first song, the ‘mic check song’ was a warm-up piece they did as opposed to the usual “Check 1, 2, 3.” Then it hit me.. The Mormon Trannys were jamming! Drum pounding, string breaking three-bar power chords of awesome!!! As the band played and pausing between songs, the singer offered hymn books encouraging audience participation.

Check out the Mormon Trannys who will be opening for the Genitorturers on May 29th at the TonicLounge in Portland. They Rule!

Next up were The Slants. This band, originally from Portland, Oregon, made waves when it went to court in 2013 to fight the U.S. Patent and Trademark Office for right to register their name. The government contends the term ‘slants’ is a racially derogatory term, in reference to the shape of the eyes of a person of Asian descent. Simon Tam, the bands founder and an Asian-American, picked the name for exactly that reason to call attention to underlying issues of racism.

The Slants have a Mega-band sound and stage presence. They could be described as a Chinese Dance Rock band or a fusion of pop rock, early 80â€™s alternative, with a splash of goth.

The Slants worked the crowd and used every bit of real estate the room had to offer, including my shoulder which was used as a platform by the bassist during a song. The Slants came to the Hawthorne Theatre Lounge in support of Peelander-Z since having played with them on another evening.

Peelander-Z is Japanese Action Comic Punk from the Planet Z (New York). Band members Yellow (guitar), Pink (vocals, encourager), and Green (drums) did not just perform, they came to play with the audience and that they did. The show included complete gear for the audience like drum sticks and metal bowls to clang, crowd surfing party time, audience on stage participation, singalongs, etc. This is a must see act!

This was my first experience with Peelander-Z and I am glad I was able to catch them, especially with my surprising circumstances in getting in. With the current state of affairs, jobs, politics, and low morale in some parts of the country, the world needs more Peelander-Z! If you donâ€™t have fun at a Peelander-Z show, you have problems.

On May 02, Peelander-Z will be playing the Pike room at the Crofoot in Pontiac, Michigan with Downtown Brown, Sean Green, and Matt Wixon’s Flying Circus and Sean Green. And they love Detroit!