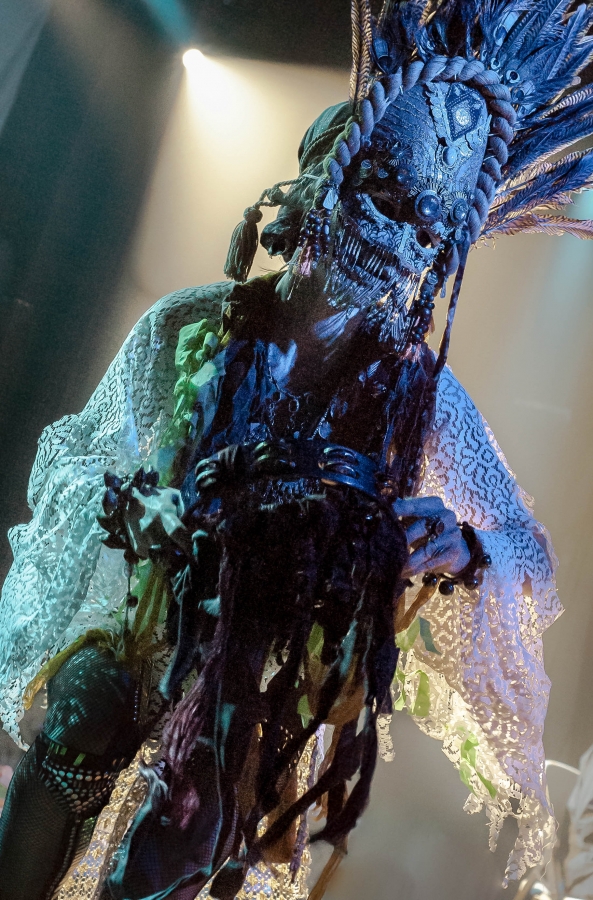 There is something to be said about the West and how it was won. The people are different. So are customs, food, and beer. I’ve found a lot of the West appeal is much more of a laid back vibe than that I’ve felt in other parts of the country. There is also something to be said about Texas. Not just being a state built on independence or immigration of politics; Texas is much more than that and it is home to Holy Wave.

Through the course of their set, everyone (other than the drummer) traded instruments and vocals without missing a beat. After the show, I was able to talk with a couple of guys from Holy Wave. I asked for a copy of their set list and they were gracious enough to provide me with one. This highly talented band will be one I see every chance I am able to. I really dig these guys and their latest album Relax.

Be sure to check out Holy Wave while they are on the road. If youâ€™re into early Yardbirds, Kinks, Velvet underground, Rolling Stones, Spaceman3, Spindrift, or the Stone Roses, you just might like Holy Wave.

Goat come to us all the way from Korpilombolo Sweden. In the times of old, Korpilombolo was founded by voodoo practitioners seeking a location to practice their religion freely or so the story goes. Goat cast a spell over the audience invoking spirits and enchanting the audience with a mesmerizing light and stage show. They made good music, in the form of a one hour jam session, all while each member is dressed up in full costume. Goat caught the attention of the full room with all eyes fixed on the costumed singers who danced on the stage wearing and playing instruments ranging from ankle bells, maracaâ€™s, sleigh bells, tambourines to wooden calves.

World Music is a fantastic must have album suitable in any would be album collection.