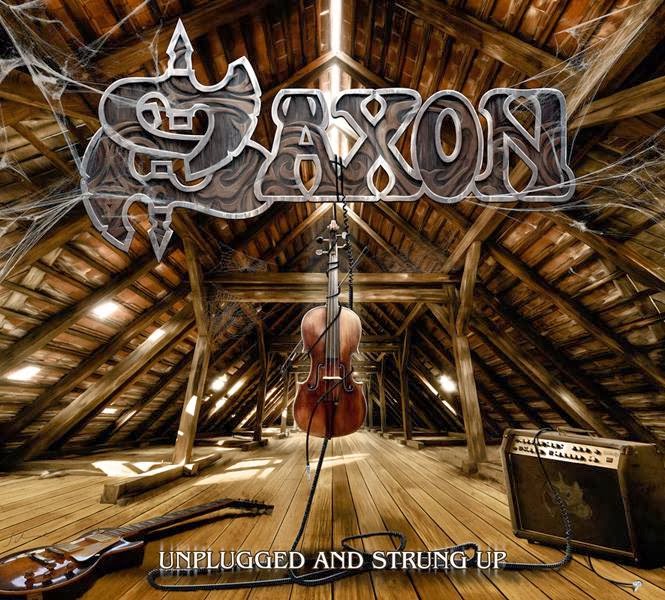 Saxon is From the “old school”; they have been around since 1976 and they are still cranking it up to this day! Saxon is best known as being one of the bands from the NWBHM or New Wave of British Heavy Metal made popular by bands such as Metallica who covered their songs. 2013 sees Saxon releasing the album Unplugged and Strung Up.

This album is a mix of many things. The 14 songs on this CD were all selected by the band. I wouldn’t call it a “best of” per see, though to any Saxon fan it will certainly seem that way!  More like a “best and BETTER of!” There are remixes, re-recordings, different arrangements and… the death knell of heavy metal… orchestration.

The very first thing I notice is the sound! The sound of this CD, the production, is incredible! The guitars are loud and crunchy, the bass pounds along adding serious low-end where the older recordings tended to sound weak due to the mixes. Drums are loud and powerful and, to top it off, Biff Byford’s voice is as hard and powerful as it ever was. There are many bands that have chosen to re-record their older material and, more often than not, the new recordings ended up sounding lame compared to the originals. This is not at all the case with Saxon!

The first track is a remix of Stallions of the Highway. The band sounds great here; a very classic sounding song from their first release way back in 1979. I liken the sound to a really good live show, the kind of sound you’ll get at a good venue where everything is right there in your face!

The second song is Crusader. This is an anthem and fan favorite… AND it has orchestration. But wait, it great! This is a first in my opinion! Saxon has four songs that were given this treatment and they all kick ass! I am not against adding strings to a song. I am against a band rehashing an old song and totally destroying it. Saxon keeps the songs as they were with great heavy guitars and drums, soaring vocals, and a KILLER bass tone (red star falling). Then they add to them with really great string arrangements. This adds to and enhances the songs. Such an incredible job here boys!

The album treats us with the four songs with strings back to back, and then back to the straight up metal with the likes of Forever Free. Saxon always has a lot in common with Accept, and this song really demonstrates that. Following are Just Let Me Rock and then four acoustic arrangements. While I myself am quite burned out on the acoustic thing that has become trendy and over done, these tracks are the exception. The songs are good, well done, and played perfectly; nothing to take away from this great album at all!

Saxon is the very definition of what classic Metal is all about and its great that these dudes are still cranking it out and sounding better than ever! I have seen a lot more young kids wearing Denim and Leather (with patches)! 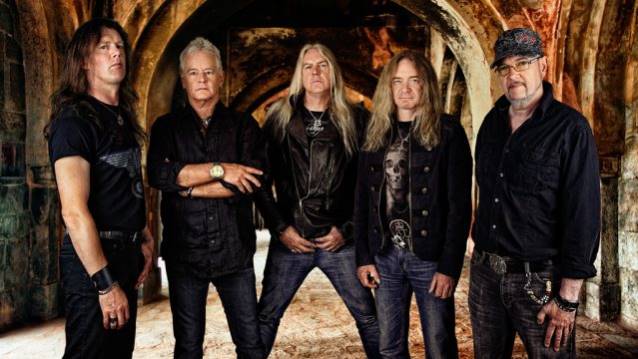