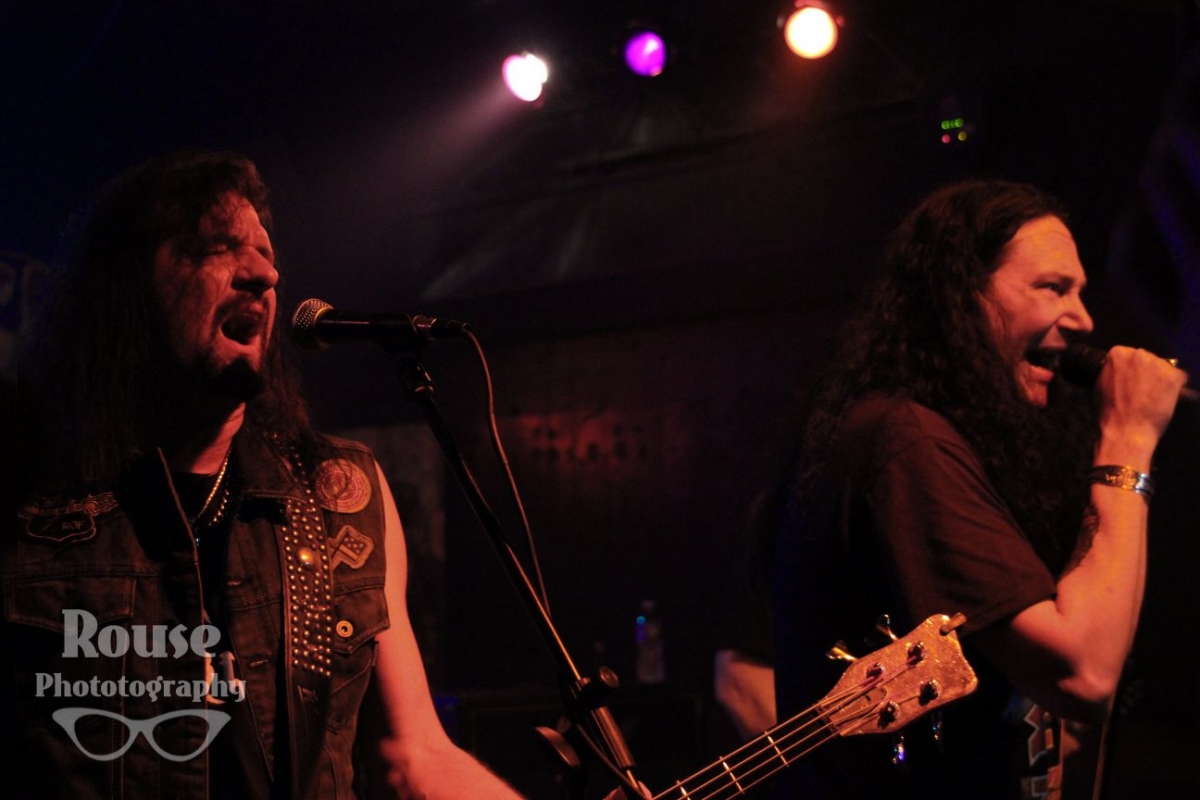 The Berlin is a small, intimate venue. What it lacked in stage lighting and space, it made up for in the crowd it drew. The crowd of 150+ crammed into an approximately 600 sq foot space was thrilled to be within inches of Metal Church. The band might be from the 80s, but you would know it by they packed the house!

The show itself lasted two hours, with a small break in the middle due to technical issues. Metal Church was using some of the opening band’s equipment and had some minor problems. After stopping a few times due to the bass rig not working, they plugged directly into the board and kept on rocking. They handled the issues like the professionals they are and the crowd stayed right with them as they worked through it. The crowd stuck through til the very end and gave Metal Church the energy they needed to rock through the misfortune.