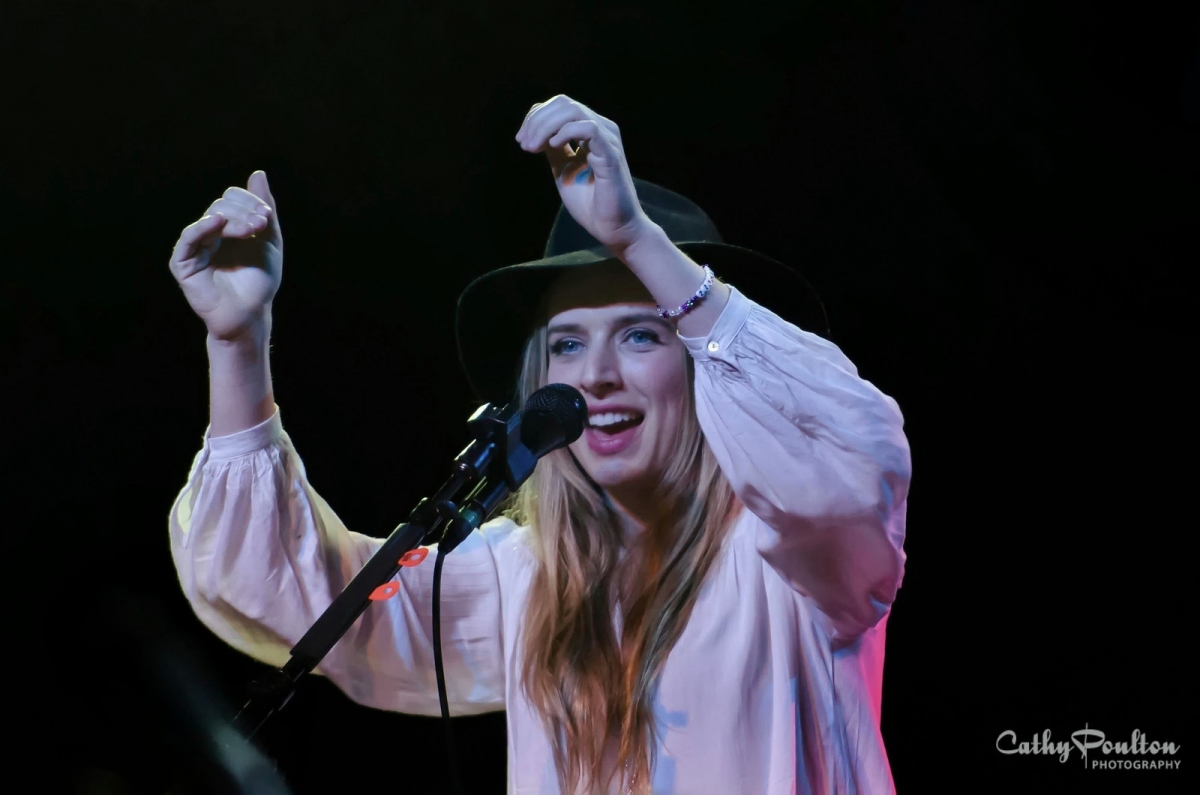 Singer songwriter ZZ Ward kicked off her Last Love headlining tour Friday night at the Theater of The Living Arts in Philadelphia. It’s been a whirlwind year since her dÃ©but album, Till the Casket Drops, was released in late 2012. She’s not slowing down either. In 2014, she will be playing with blues legend Eric Clapton and has also scheduled appearances at Coachella and Bonnaroo.

She greeted the crowd with a wave and, along with her stellar three-piece band and her trademark fedora, got it going on early by playing her most popular track to date, Put the Gun Down. Right from the start, you could sense the great chemistry she had with her band mates; this band was tight! She has a great stage presence and part of that is what I call her East coast sass and swagger (she was born in Pennsylvania).

It’s hard to categorize her music to pinpoint one specific genre because the vibe this evening encompassed everything from soul, R&B, country, pop, and a little bit of hip hop. Besides her guitar skills and her powerful and bluesy, soulful voice, the set list showcased her talent with the harmonica, which gave many songs a nice blue’s edged effect.

She had the audience emotionally engaged as she ripped through her songs about heartache and lost love. It was obvious that the crowd found these songs relatable because both men and women were singing along for most of the night. There was a stunning version of Last Love Song, which really solidified what an exceptional singer she is. She got the audience dancing and singing along to 365 Days, then almost brought the house down with a foot stomping hand clapping version of If I Could Be Her. She ended the show with a rousing rendtion of Move Like U Stole It, and then went right into Blue Eye’s Blind.

It was a very special memorable night of music in Philly. There is no doubt in my mind that this ‘firecracker’ is destined for great things and there no doubt the City Of Brotherly Love has lots of it for her.