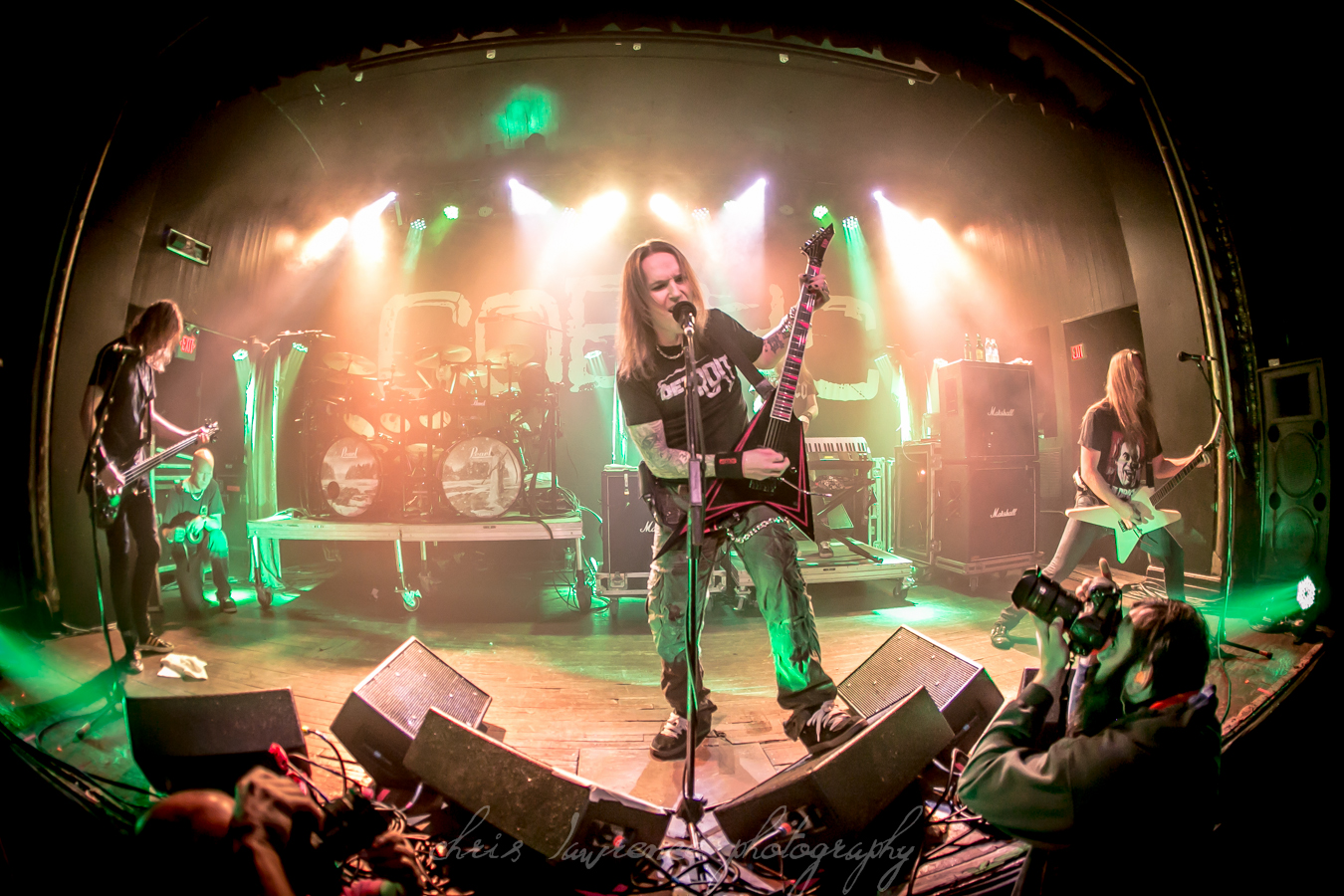 Children of Bodom is synonymous with Nordic Death Metal. These pioneers in the genre formed in 1993 in Finland, as Inearthed. They became Children of Bodom in 1997. COB has been rocking death metal ever since, gaining fans from around the world.

Alexi Laiho (lead vocals, lead guitar) and Jaska Raatikainen (drums) have been together since forming Inearthed in 1993. Henkka SeppÃ¤lÃ¤ (bass, backing vocals) and Janne Wirman â€“ (keyboards, synthesizers) have been in COB since the name change in 1996 and 1997, respectively. And their most junior member, Roope Latvala (guitar, backing vocals) has been in COB for more than ten years, having joined in 2003.

When considering the catalog for both Inearthed and Children of Bodom, the band has released 13 studio albums and EPs, two live albums, and produced sixteen music videos and one video album. They have been very successful in their pursuits, as well. COB has won many gold albums and one platinum album, and had seven songs reach #1 in Finland and chart well in the US and remainder of Europe.

Their set list included material from many of their albums back to early days of the band. They also played Halo of Blood (2013), including Dead Man’s Hand on You and the title track of the album. The main floor was packed with fans from wall to wall. A large mosh pit had formed in the middle, making standing room even tighter. The only place you were going to catch a breather was up on the balcony. Any way you look at it, Children of Bodom came to play, and play they did!

National Rock Review photographer, Chris Betea, was on site to capture the mayhem. These are his pics from the show.