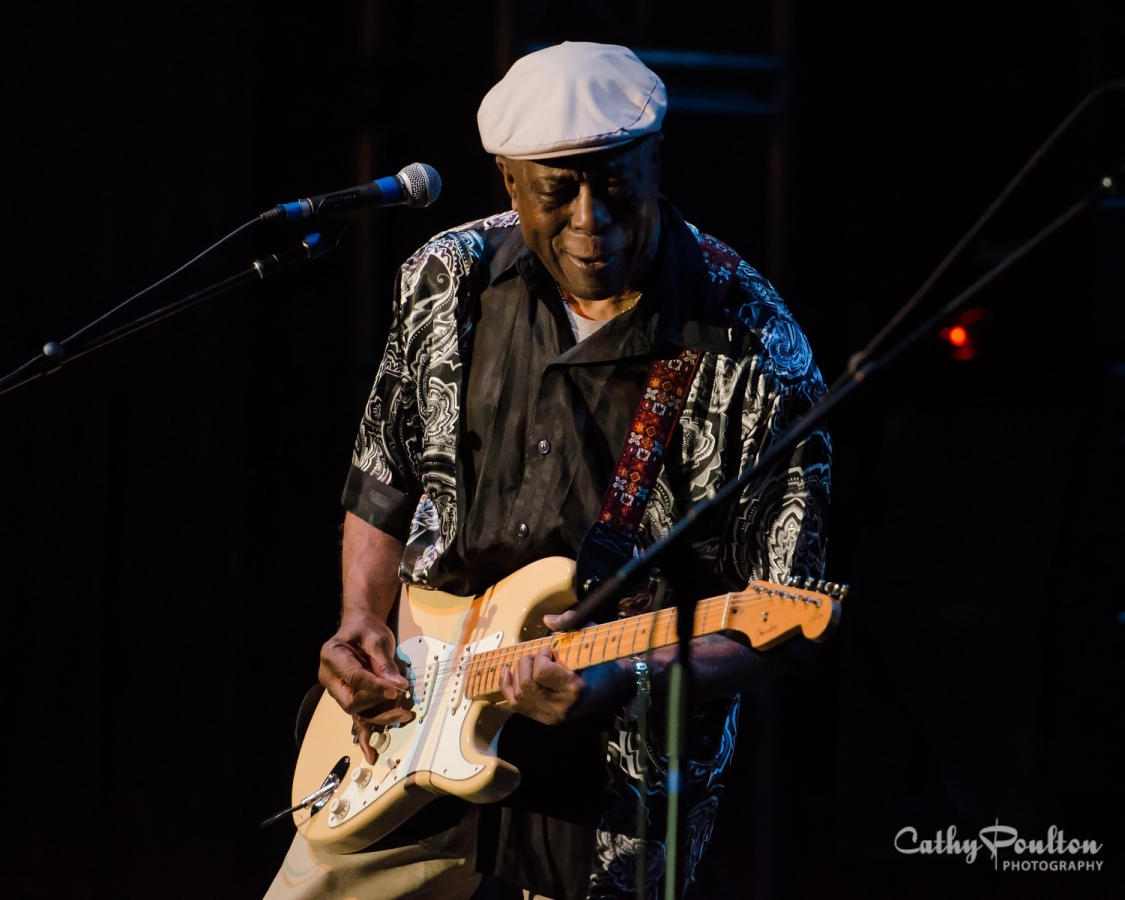 The Experience Hendrix Tour made its way to The Keswick Theater in Glenside, Pennsylvania on Friday night. This was the 8th edition of this hugely popular show that has packed in fans to see contemporary blues and rock guitar greats pay homage to the music of legendary player, Jimi Hendrix.

The 3 1/2 hour long show started off fittingly with bassist Billy Cox, (who played with Hendrix in Band of Gypsys and The Jimi Hendrix Experience). He was flanked by two Hendrix look-alikes, Dani Robinson and Stan Skibby.

Skibby certainly had all the moves down. They started the night off with a bang with ‘Stone Free’. There were so many highlights from this show, it’s mind-blowing. Los Lobos guitarists, David Hidalgo and Cesar Rosas got the first standing ovation of the night, which was one of many throughout the evening. Dweezal Zappa showcased his talent with ‘Freedom’ and  Eric Johnson’s solo in ‘Are You Experienced’ was a fan favorite. Drummer Chris Layton (Double Trouble) was joined onstage by Doyle Bramhill II (they played together in Arc Angels). Bramhill mentioned they always did a cover of Hendrix’s ‘Angel’, which turned out to be one of the great moments in the show. The pairing of Eric Gales and the only female player tonight, Maylina Moye, was magical. Gales has a very charismatic style of play and the audience ate it up. Singer Noah Hunt provided some great vocals tonight, and Kenny Wayne Shepherd’s version of ‘Come On (Let the Good Times Roll)’ was a standout.

The crowd was enthusiastic and very vocal at times, screaming out the name of their favorite player as a sign of appreciation. Not only were they able to hear some of their favorite songs from Hendrix’s catalog, but to hear it being played by such accomplished players who have an obvious love of Jimi’s music was very special. Bluesman Jonny Lang and Brad Whitford of Aerosmith played a memorable set which included the song ‘All Along the Watchtower’. It  brought the crowd to its feet.

Chicago Blues legend Buddy Guy got a great reception when he walked out on stage. Rightfully so, this guy is the man! At 77 years old, he still has swagger. His banter with the crowd was amusing and provided some laughs for the night. ‘Hey Joe’ was played as part of the finale and seemed to top off an amazing night of music

This was simply a fantastic show, jam or whatever you want to call it. A Jimi lovefest. If you love the music of Jimi Hendrix or just love blues fused rock then this is the show for you.

Here are the remaining tour dates: