The band is currently on a headlining U.S. tour in support of new album amo, they will be playing Lollapalooza August 2.

Multi-platinum rock band Bring Me The Horizon have released the video for “Mother Tongue,” shot while the band was on tour in Sao Paulo.

The group is touring in support of amo (Columbia Records), which Forbes hailed as “the first major rock release of the year” as it hit No. 1 on the UK charts and broke through on this side of the pond with “mantra,” which has over 46 million Spotify streams, 19 million YouTube views, was a Top 5 hit at Rock Radio and earned the multi-platinum-selling UK act its first-ever Grammy nomination for “Best Rock Song.” 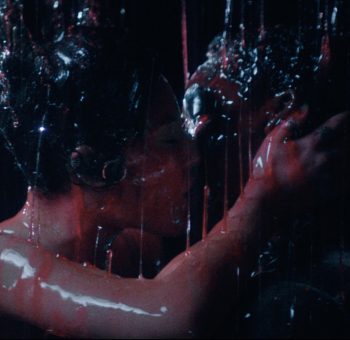 After hearing the album, Noisey praised Bring Me The Horizon for “being ahead of their time and evolving a genre” and Q Magazine called it “a bold leap into the future.” The band celebrated the album’s release with a performance on Jimmy Kimmel Live! and a sold-out U.S. tour.

They’re continuing their North American run, then heading overseas for an international tour. On May 12th and 19th, they’ll be direct support for Foo Fighters at Epicenter and Sonic Temple festivals respectively and on August 2nd, they’ll perform alongside Childish Gambino, Tame Impala and Janelle Monae and more at Lollapalooza in Chicago.

Bring Me The Horizon are one of the most electrifying and successful rock bands to emerge from the UK, selling over 4 million albums globally to date and playing sold-out shows in over 40 countries.