The deluxe edition is highlighted by “Burn One Turn One”, a previously unreleased b-side from Hydrograd, as well 13 rare or unreleased songs including an acoustic version of the #1 rock song “Song #3,” as well as covers of hits from Rage Against The Machine, Soundgarden and Van Halen.
Stone Sour is currently on a massive U.S. tour supporting Ozzy Osbourne as special guests on his “No More Tours 2” headline run. The cross-country trek is set to run through October 13th where it will wrap-up with a performance at Las Vegas, Nevada’s MGM Grand. For complete details and ticket availability, please visit stonesour.com/tour.

Hydrograd, the acclaimed 2017 LP from Stone Sour, rocketed onto the charts upon release, debuting at #1 on three Billboard charts: Top Current Albums, Top Rock Albums, and Top Hard Rock Albums. HYDROGRAD also debuted at #8 on the Billboard 200, marking the band’s fifth consecutive Top 10 debut on that chart.  Furthermore, Hydrograd debuted at #5 in the U.K. (the band’s highest debut ever in that country), #2 in Australia (highest debut ever), and was Top 5 in Germany, Japan, and Switzerland.  The album features the ruminative single “St. Marie”, “Rose Red Violent Blue (This Song Is Dumb & So Am I)”, which broke into the Top 10 at Active Rock Radio, and the smash “Song #3”, which was #1 for five straight weeks on U.S. Active Rock Radio chart. 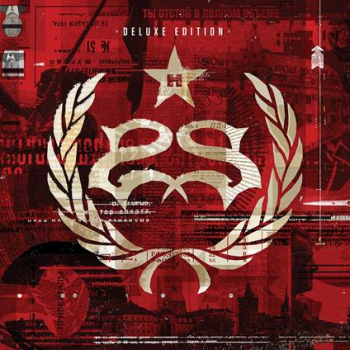