Combichrist will release their ninth full-length album, One Fire, on June 7, 2019 via Out of Line Music. They are currently on the road with their One Fire World Tour.

Electro-industrial metal leaders Combichrist will release their razor-sharp ninth full-length album, One Fire, on June 7, 2019 via Out of Line Music. Precise, lurking, ultramodern and merciless, One Fire is a retrospect and forecast in one for Combichrist. Cold, industrial riffs mixed with ominous metal forge a sinister alliance and reflect a return to roots – molded by nearly two decades of experience and a futuristic outlook. Pre-order One Fire here.

Today, Combichrist have revealed the very first music video cut from One Fire for their creepy, unrelenting, aggressive new anthem “Understand”. The video, directed by Jason Alacrity, shows a space traveler awaking from a long fall to find herself trapped inside of a bizarre, grotesque nightmare that could have been dreamt up by David Lynch himself.

Combichrist mastermind Andy LaPlegua says about the “Understand” video: “This might be the most important music video I’ve ever made. I’m addressing themes and personal feelings that to date I’ve kept hidden. Anxiety, fear, the unknown, and how they take a toll on people’s lives, on my life. This is the third video I’ve made with director Jason Alacrity, and his ability to translate these wild impulses and different ideas was a great challenge. But he, and the cast, really did an amazing job making the song come to life in an even more intense way. ‘Understand’ isn’t just about knowing, it’s about learning.”

You can also check out the lyric video for the first single from One Fire, “Hate Like Me.”

Andy LaPlegua says One Fire is a progression in sound in comparison to past releases, and that he referred back to his roots during the writing process. While the purely industrial metal album is full of constant aggression, it’s meant to be therapeutic for all. The album puts a focus on hidden illnesses, such as mental illness – something that LaPlegua feels society should be paying more attention to. Pain doesn’t always manifest on the surface.

LaPlegua says, “The album is very much meant to be a social commentary, putting focus on mental illness and rebellion. While physical damage is accepted and very obvious in our society, hidden health problems, such as mental illness, are regarded as ‘just being in your head’. I’m trying to let the listener into the mind of someone who’s struggling to get by every day.”

One Fire was produced and mixed by Andy LaPlegua, with mastering by Tom Baker. 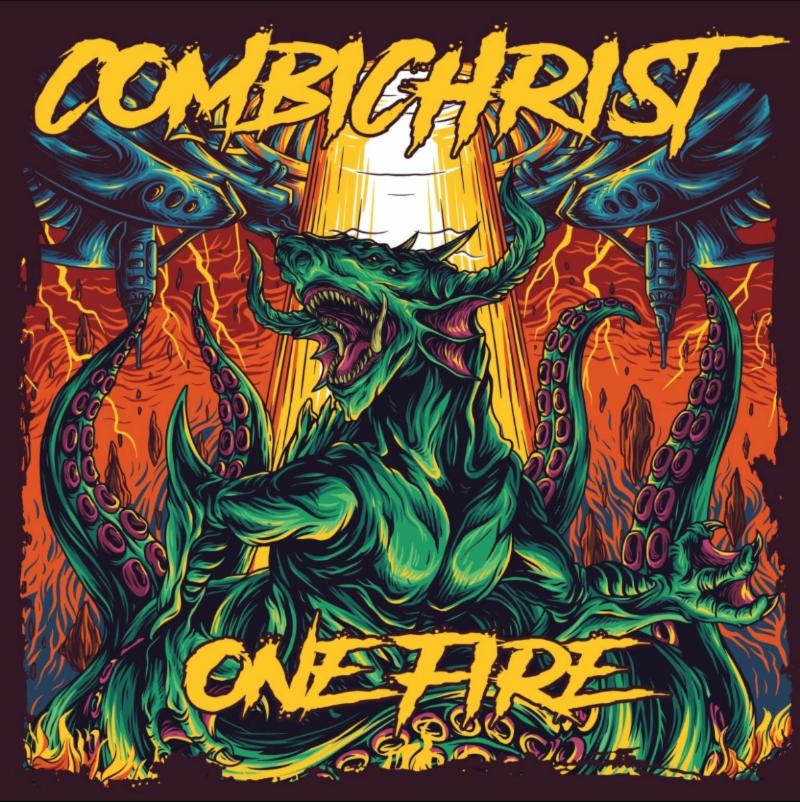 Combichrist is on the road with their One Fire World Tour. After the North American leg ends on June 2 in Indianapolis, IN, Combichrist will continue their international onslaught in the UK and Europe, starting in Dessel, BE on June 21. They will tour for nearly another two months, wrapping up on August 14 in Zebbug, MT.