Howie D. from Hard Edge Radio and National Rock Review recently had a chance to go backstage at the Detroit area date of this year’s Mayhem Fest and talk to guitarist and co-founding member of Slayer, Kerry King. They talked about the upcoming 30th anniversary of the Reign in Blood album, the chemistry he and Tom Araya have with Paul Bostaph and Gary Holt, the feedback they’re getting on the new music, the statements recently made by Mayhem Fest co-founder, Kevin Lyman, and more. Kerry was also cool enough to answer some questions from a few Southeast Michigan fans.

Slayer is getting ready to release their 12th studio album, Repentless, on September 11 via Nuclear Blast Records. It’s been roughly 35 years since it all started and it honestly seems like they are more popular than ever. The band is currently out on tour headlining this year’s Rockstar Energy Drink Mayhem Fest main stage along with King Diamond, Hellyeah, and The Devil Wears Prada before they take some time off leading up to the release of the new album. Slayer goes back on the road this fall playing Motorhead’s Motorboat Cruise and then the band heads over to Europe for a month and half of tour dates. Based on Kerry’s attitude towards it all and the crushing goodness of this new record, it is safe to say we will all be enjoying the sounds of Slayer for many years to come.

The interview with Kerry King from Slayer: 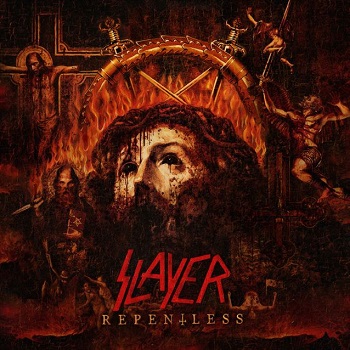