The inaugural Bourbon and Beyond Festival, scheduled for the weekend of the 23rd/24th September 24, 2017 at Champions Park in Louisville, KY announce a star-studded line-up.

This event is calling itself “a perfect blend of bourbon, food and music” that promises to tap into the unique character of Louisville with not only a stellar musical lineup but also featured experiences such as bourbon workshops and curated offerings, secret speakeasies and culinary offerings by nationally recognized chefs. 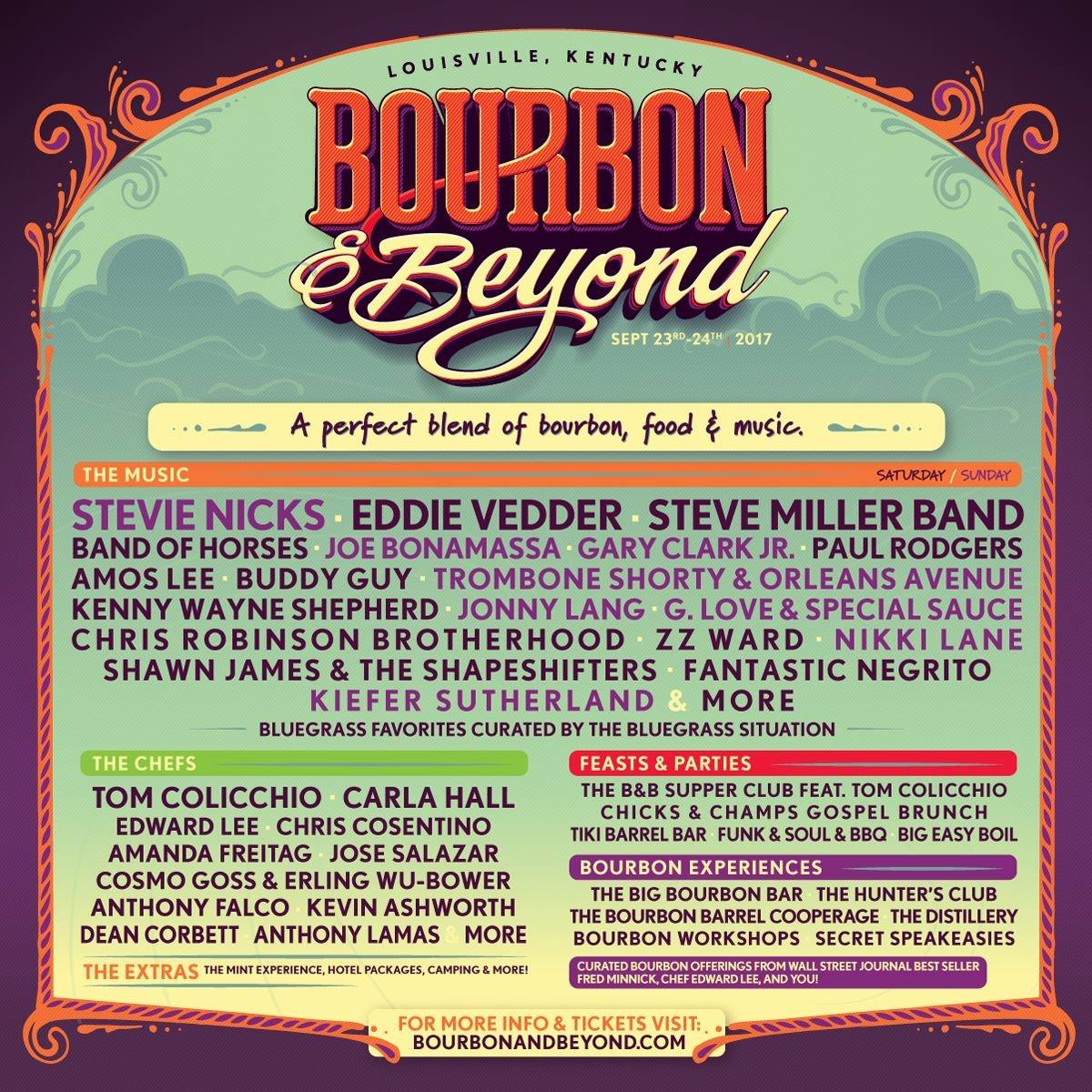 The second round of announcements, including more bourbon details will be coming soon.

Tickets are available now at bourbonandbeyond.com including weekend and single day options for both general admission and VIP experiences.