When you have a handle on something so tight, it’s often called a death grip. This band has that on their music and it’s heavy.

Thomas Turner (Vocals), Jeff Levandowski (Guitar), Zakk Gehris (Guitar), Francis Kirschner (Bass), Cody Dilly (Drums) are the fine young gents from Glen Lyon, PA that make up the hardcore quintet, Death Grip. To The Point Records is the label that supports them on albums such as 2014’s, Purgatory, as they head farther away from the nest to spread their metal wings. Having been together in this form since 2010, Thomas took a few minutes to talk about the ashes from which the band arose, the fact that they are huge beer fans (mostly), and that they have all of their fans covered when it comes to merch!

NRR: What’s been going on with the band in the last year to catch the Full Terror Assault fans up to speed?
Thomas Turner: We have been playing as many shows as we possibly can to support our album, Purgatory, which was released in June of 2014. Whether we’re playing in our home state of Pennsylvania or traveling out of state, we’re making moves. Summer, however, has been slow for us unfortunately so we’re super excited to be hitting the road to do some dates to the fest with Thell Barrio from Mexico and our good friends in Get Ignorant from New York.
NRR: Hopefully you guys have a great time on stage this year. Are you looking forward to anything in particular at FTA?
Thomas Turner: Yeah man! First and foremost it’s an honor and a privilege to be taking part in playing the festival. It’s the first year and we were given the opportunity so we’re very excited for a lot of things. Playing to a different crowd for sure. We’re a hardcore band, but we carry a metal influence from all different sub-genres so I think the people who catch our set will be pleased. ALSO, the bands playing, unreal to be sharing the stage with way too many to name!

NRR: Give me the background on the band. How/when did you get together, why Death Grip, etc?
Thomas Turner: Death Grip formed in the fall of 2010 due to the falling out of an older band. In our previous band, I played drums but always wanted to be a vocalist/frontman for a band. So when that band abruptly ended, it was without a doubt that we weren’t done making music and wanted to do something more real to us and our musical taste. The band has been since day one, Me on vocals, Jeff on guitar, and Francis on bass who were all in the previous band with me and played the same roles in the previous band which they do in this band. After numerous drummer changes, we landed our solid drummer Cody who has been with the band for almost 3 years now. We recently added a second guitarist Zakk as well. As for the name we were kinda just throwing stuff back and forth and our bassist(Fran) said Death Grip. We all really were into and liked it. As for a meaning behind the name, there really isn’t anything specific, but now looking at it from a perspective I’d say it stands for what is brought out in our music. Hard hitting, heavy music with lyrics that come from everyday struggles in life and so forth.
NRR: What’s the most recent release you guts have out, and if there isn’t one, when will you rectify that little oversight?
Thomas Turner: We released our first full-length album, Purgatory, via To The Point Records on Jun 24, 2014. It’s available through us, our record label store, iTunes, Amazon, etc. You can stream it through Spotify as well. As for new music, we’re finally back in writing mode. We really wanted to put our all in promoting the record before anything else. We put a lot of time and effort into it. We’re all very proud of it and it’s a perfect representation of what this band is about and a sound we’ll continue to strive and progress off of.
NRR: At this point, there seem to be two camps at FTA. Do you guys fall into the beer or whiskey camp if you could only drink one of them the entire festival?
Thomas Turner: We’re a majority of beer guys for sure, minus our guitarist who is straight edge. We all love really good brew!
NRR: What can we expect from the band after FTA is a dark, maniacal dream of a murderous metal clown until 2016?
Thomas Turner: Pure. Raw. Energy. We’re the type of band that loves to have the crowd involved. What we give to the audience is what we want to have given back to us. Kinda like an exchange of some sort, (laughing). Whether you’re moshing, headbanging, or doing anything of some sort, as long as you’re into it, we’ll have fun and you’ll have fun!
NRR: Is there a band or bands on this year’s FTA line-up that you are looking forward to seeing as fans?
Thomas Turner: Absolutely! Obituary is one of the tightest death metal bands ever. Napalm Death is insane. Eyehategod is going to rip, Broken Hope is ridiculous, Internal Bleeding is super heavy, Noisem is really cool. There are so many good bands playing it’s hard to just mention a few. We’ll be there all weekend long so expect us to be watching every single band at any given chance we get!
NRR: What are some of the musical influences that have helped to forge your vibe?
Thomas Turner: We come from a lot of different things and genres. We’re a hardcore band, but we bring a lot of influence from bands of all different genres in heavy music. A lot of old 90s NYHC bands like Biohazard, Merauder, Leeway, Life of Agony. As well as metal bands like Sepultura, Mercyful Fate, Slayer, etc. We’re not close-minded when it comes to music whatsoever. We all have different tastes so when it comes down to writing we just want to make groovy heavy music. 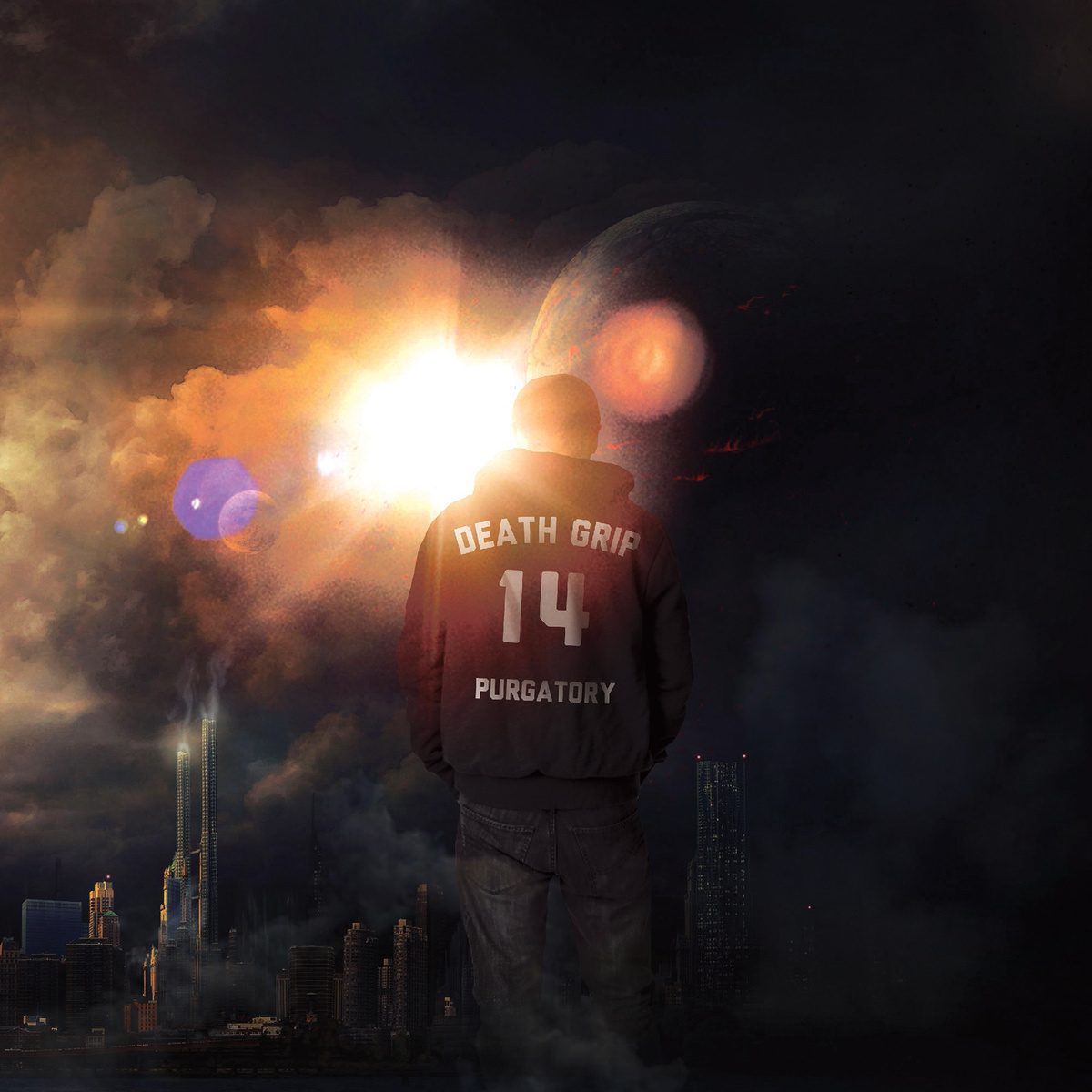 NRR: Tell me how a Death Grip show goes down What can people expect to see live?
Thomas Turner: A lot of energy. The crowd is key. We give 110% when we’re playing, whether it be ten people or 100. When I go see a band I truly love, I’m going to give it my all for that band. Especially if that band is losing it on stage. If it’s completely boring, you’re not going to be into it as much and may lose interest in the band. So we really try to focus on having the crowd being a big part of our performance.
NRR: I see you guys have a Big Cartel page. Does that replace the merch table at a show like this, or is it a tool in addition to it for fans not at shows?

Thomas Turner: Yes we do! And no that doesn’t effect us at shows whatsoever. We always have merch with us and we like to be able to provide a store for fans who are interested in supporting us. It helps us out and is there for the ones who couldn’t make it out, or for some of our overseas fans.

Huge thanks to anyone out there that supports us and enjoys our music! Thank you Erich and National Rock Review for the interview and we can’t wait for FTA! We play Saturday at 2:45 on the last.fm stage so come see what we’re all about! Thank you!