Every dog has its day. This dog is getting ready. The day is coming. And the metal isn’t just around the collar. Beware of Paw.

NRR: What’s been going on with 6 Prong Paw in the last year to catch the Full Terror Assault fans up to speed?
Seth Earl: The past year. We released our latest album, Mapping the Void. With the release we went on a short East Coast tour a few months after the album dropped. Along with the tour, we have played many shows around Michigan, in promotion of the album.
NRR: Hopefully you guys have a great time on stage this year. Are you looking forward to anything in particular at FTA?
Seth Earl: I am looking forward to playing FTA in general. The line-up sounds just awesome, and I’m really happy that 6 Prong is a part of it. Also looking forward to seeing the legendary band, Napalm Death.
NRR: Since the initial forming in 1998, what still has to be the most strange, bizarre, or simply hilarious thing you’ve witnessed on stage?
Seth Earl: That’s a little bit of a tough one for me, but I’d have to say this one time when we were playing a festival in Michigan called Carnival of Chaos. While we were onstage sorting out technical problems, I was taking requests from people of riffs to play and such. While doing this I looked to the back of this heftier triple XL guy walking and I saw him trip and fall in the derpiest way imaginable. It never really processed with me how funny it was until now when I was thinking about it. But that’s all I got from that. The other dudes probably have better answers, but for me, that was amazingly hilarious.

NRR: Just because of the back story about your name, would you ever consider doing some sort of charity with a dog rescue and if the band had to have a canine mascot, what breed would you choose?
Seth Earl: Any kind of charity we would do, we all love animals and would love to help them out. If we had a canine mascot, I feel like the most metal and coolest thing I could think of for it would be a pug. (Laughing), but seriously, I personally would choose an Alaskan Malamute, those things are huge and majestic as hell.
NRR: Does having a label, Twisted Hillbilly Records, behind you as a band make a huge difference in this time of DIY outfits?
Seth Earl: With a label, it really helps with the funding of a record. It definitely helped with the progression of that. Considering our last two albums were funded by THR. But a lot of things we do are still in a DIY style.
NRR: What can we expect from the band after FTA is a dark, maniacal scream of a power mad, crypt keeper until 2016?
Seth Earl: If I understand the question right, (laughing), we are going to still be putting on crazy shows hopefully with more fans that we gain from this.
NRR: You’re self described as Metal. What will that translate to for the crowd when you hit the stage in a short amount of time?
Seth Earl: That they are going to get a metal band, not a tech death band, black metal, whatever kind of metal. You will get Dax Riggs (Acid Bath) kind of singing, Nick doesn’t like to be categorized with vocals, but it’s what it sounds like to me, with crazy screams, fast drums, with a little technical, but awesome guitars. 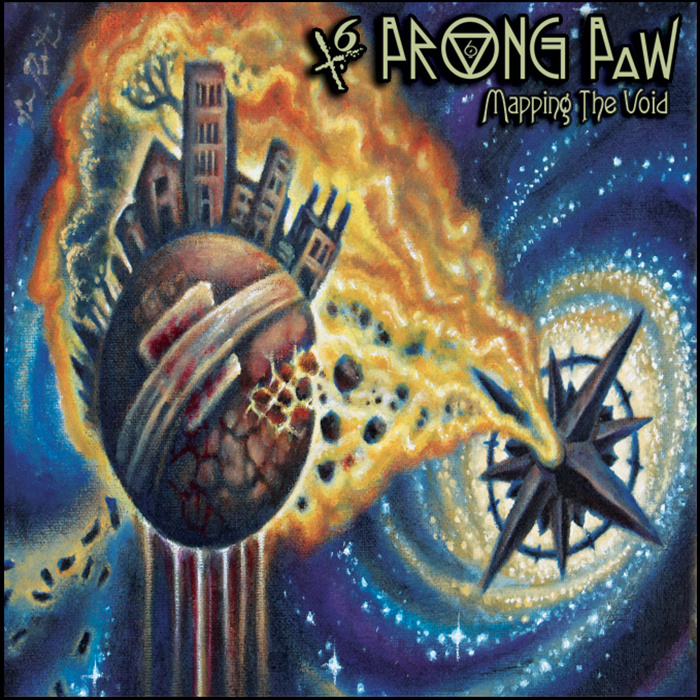 NRR: How important is the merch table for a band like your and what do you do to keep the selection unique for the fans?
Seth Earl: The merch table is very important to us. It’s the only way we can make money at some shows and keep on going with bringing in new merch. How we keep the selection unique is homemade leather wrist bands, 6 different styles of shirts and hoodies, little buttons, patches for your metal as hell jacket, and stickers to slap in the urinal as you’re pissing!
NRR: Mapping The Void, your latest album, was to hit this Jan, right? How are things with it and what would you want a new fan or old fan to take away from giving it a spin for the first time?
Seth Earl: As my previous response stated, we went on tour with it, getting a great response from everyone with it. It’s the first album I’m on with them, (laughing). What I would want a new fan to take away from the album is that we’re different then some other bands on the scene right now. I really don’t want to be that guy, but it’s true that our band is pretty different then other metal bands, and I want new fans to get that. With the old fans, I want them to see that we are progressing in sound. We still have some groove elements from the older albums but with me coming in with a little different writing style than Nick, it has some newer influence in the writing. So you’re still going to get the old groove heaviness from 6 Prong, but only with a newer taste.
NRR: How does a band from Hastings, MI get a spot on the card with so many of the bands being from Texas, the East Coast, etc?
Seth Earl: That story goes way back, (laughing). If I remember correctly, our drummer Josh Moore drummed for a death metal band called Summon for years and made friends with one of the guys setting up FTA years ago, I think he’s in Waco Jesus as well. All I know is he contacted us knowing that we have Josh in the band, knowing that Josh is a bad ass, he thought we were bad ass I guess. So we’re on the bill for FTA, (laughing).
Thank you for the interview, Erich!