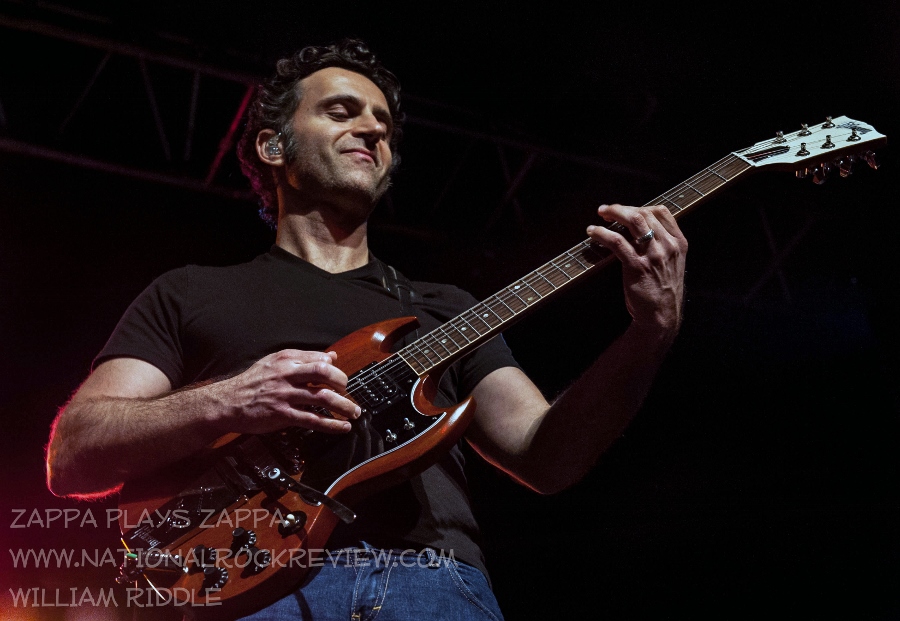 For any Frank Zappa fan, not much could get better than listening to Dweezil Zappa perform Roxy and Elsewhere to a sold out venue. Released in September of 1974, Â Roxy & Elsewhere is a live album performed by Frank Zappa and the Mothers, where most of the songs were recorded live at the Roxy Theatre in Hollywood, California on December 8th, 9th and 10th in ’73 and May 8th & 11th in ’74. The Roxy and Elsewhere album was released September 8th 1974. In honor of the 40th anniversary of this epic live album, Zappa plays Zappa played the the entire classic album in sequence.

With Dweezil on guitar, he along with Sheila Gonzalez (Sax, flute keyboards and vocals), along with Ben Thomas (vocals), Chris Norton (Keyboards), Kurt Morgan (bass), and Ryan Brown (percussion) had the audience hanging on every note.

Looking around the audience, I could see the faces baring emotion and the ages of these faces were from 12 to 70 and are some of the harshest music critics in the industry, musicians and Frank Zappa fans. Â The look of approval had been on each one I had glanced.

If you have experienced an evening with Dweezil and Zappa plays Zappa, good for you… be sure to see this show. If you haven’t, then I highly recommend getting to this event while you can. This is an experience for any musician orÂ musicÂ aficionado to attend, be it a Zappa fan or not.

Here are some photos from the January 31st event at the ‘not a bad seat in the house’ Roseland Theater in Portland Oregon.