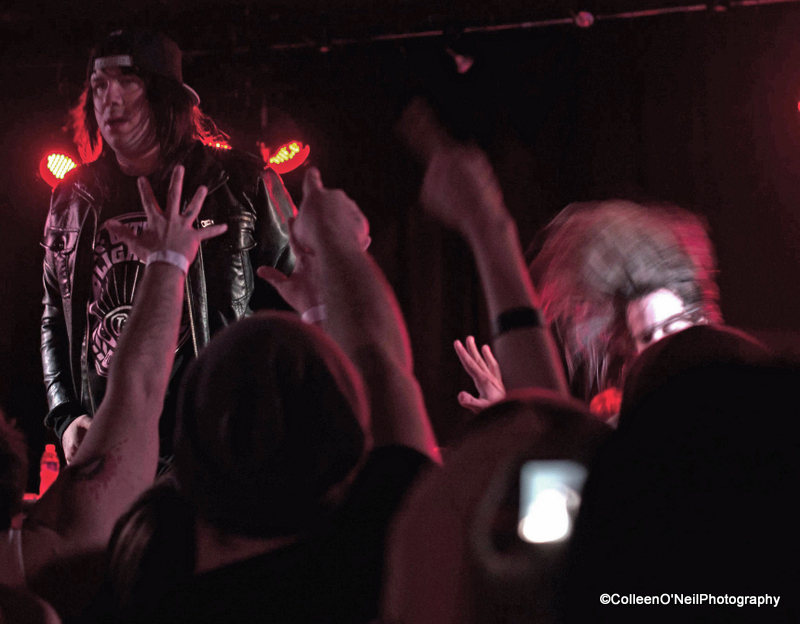 St. Louis Missouri locals, Tear Out the Heart, awed a packed crowd with their aggressive mix of metal and hardcore at FubarÂ in onÂ St. Louis Saturday, February 1. The band immediately launched into an energetic set punctuated with lead singer, Tyler Konersman’s growling vocals and bassist, Isaac Etter’s clean vocal counterpart. Guitarists Matthieu Murphy and Josh Spohr worked their respective sides of the stage, their powerful sound washing over the crowd while Matt Epstein pounded the underlying rhythm on his drums. The band’s energy was echoed by the crowd, who responded with spontaneous circle pits and rapt attention from the front of the stage to the furthest reaches of the club.

Formed in 2011 and signed by Victory Records in 2012, Tear Out the Heart put on a set that belies their youth, both as a band and as itsÂ members. Their tightly knit performance was even more impressive due to the band’s seemingly instinctual ability to interact with the crowd while never missing a beat. Keep an eye on this band… their show is one that should not be missed!