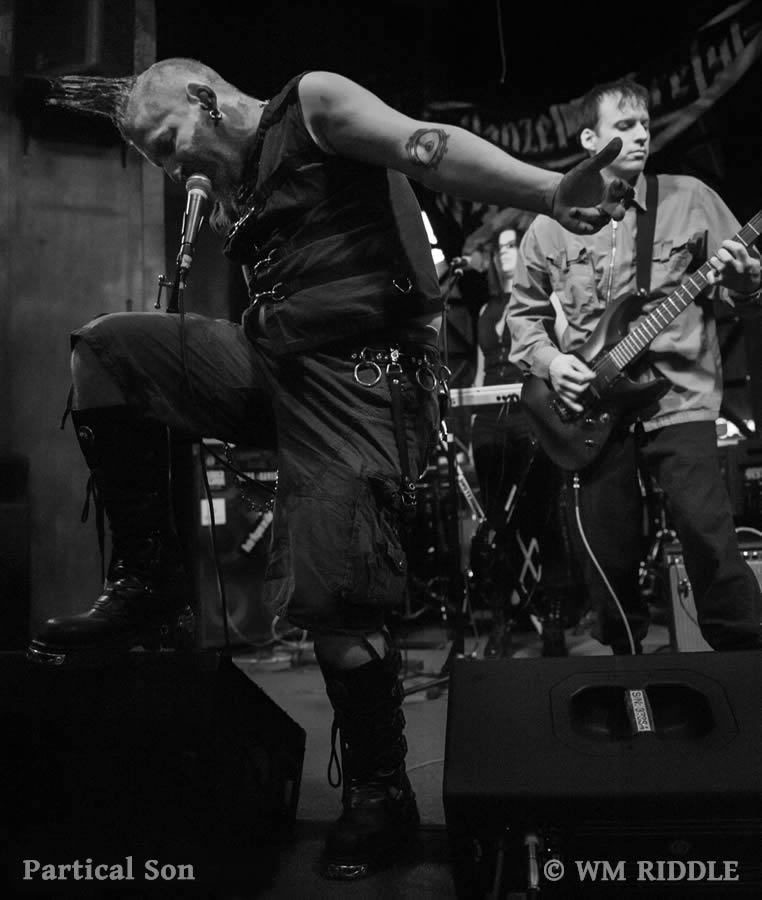 Just when you thought you had seen the best show you had ever been too, you get to see an incredible national act headlining on a stage the size of your living room! This is every fans dream come true, and if it isn’t, then it should be. For me, it was and will be an unforgettable event and experience nothing short of AWESOME that I’m still talking about!

Hanzel Und Gretyl is Vas Kallas (Vocals, Bass) and Kaizer Von Loopy (Guitars, Programming, Vocals). They are one of the only existing American Neue Deutsche HÃ¤rte bands of note. Stuck in the bad corner of the lounge, Hanzel Und Gretyl came out of the shadows, beat the hell out of their instruments, and joined the crowd in throwing fists and taking names!

EVERYONE in the room was stunned by the awesome performance they experienced. I was even more stunned by the inability to capture the moment clearly due to the two light boxes containing 38 Red bulbs shinning on the stage and smudged glass from trying to keep my lens clean from all the beer flying around. Note to self: have a towel handy in the future for just such emergencies. But hey, that’s part of the gig!

This show was such an incredible event. If I had it recorded, Iâ€™d have it stuck on repeat! If you have never been to a Hanzel Und Gretyl show, BE THERE NEXT TIME! And for Particle Son and Murder Weapons, I cannot wait to see them play again; two very cool bands who have earned a new fan!