In a flurry of stunning scenery, anarchy and storytelling infused with old American charm, The White Buffalo immortalizes his tale of tortured insight with his new music video for “Avalon.”

Over the course of five albums, various EPs, and numerous prominent placements in such high-profile outlets as TV’s Sons of Anarchy and Californication, The White Buffalo (alias Jake Smith) has built a powerful body of work that marks him as a genuine original.

The California-bred artist writes timeless, vividly detailed character studies, tapping into the emotional lives of various misfits, outsiders and troubled souls with insight and compassion. His songwriting is matched by his rough-hewn, deeply expressive voice, and by his distinctive instrumental arrangements, which are simultaneously intimate and epic.

Described by Billboard.com as “an expansive country-tinged rock song that feels like a journey itself, telling the story of one wayward man’s trip to peace,” The White Buffalo has put together a video for the song which spans across mist-immersed lakes, dusty roads and rustic bars. He accentuates his lyrical masterpiece with a bitesize cinematic experience that is sprinkled with bursts of his trademark vigour-laced performance.

Having recently showcased “Avalon” on Later With Jools Holland, and consequently continued the tenacious momentum of his recently released album Darkest Darks, Lightest Lights, The White Buffalo is keen to light the beacon of authentic songwriting once more.

The White Buffalo says “Avalon is a song about a man down on his luck, on his way to the bottom. A lonely outsider making some poor life decisions, desperately hoping for a change. In the video we go to an extreme. We loosely based it on the same themes of debauchery, desperation, and redemption but put it all in one booze and violence filled day.” 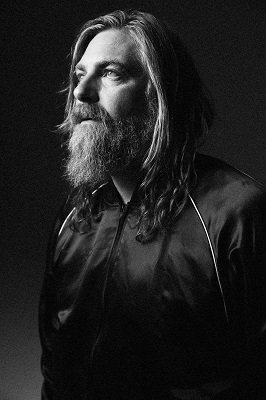