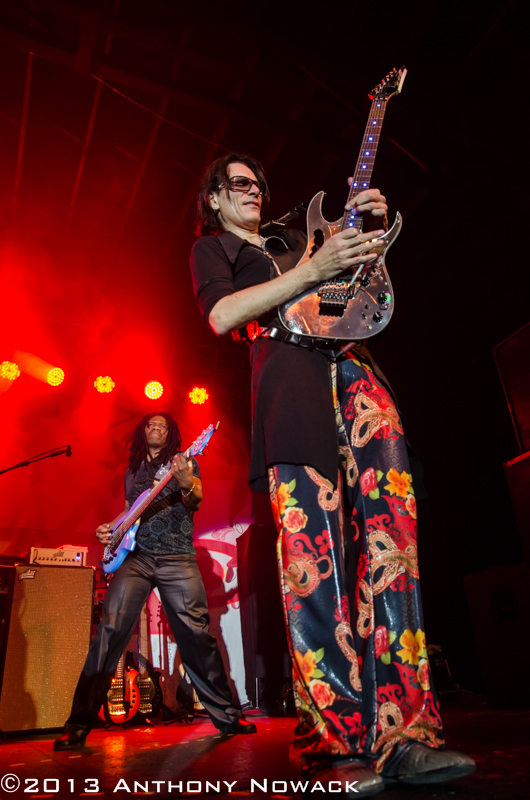 At the end of his two and and half hour set at The Intersection, Steve Vai stepped to the microphone to thank everyone for coming and stated it was his first time in Grand Rapids was with Frank Zappa’s band in 1980. Zappa’s influence on Steve Vai is very evident in a lot of Vai’s performance Thursday night, not just the sheer virtuosity of his playing but the humor and showmanship he brings to the delivery of his songs.

Exemplified in his performance of â€œThe Audience Is Listeningâ€ with it’s scolding school teacher voice over, and his introduction to â€œBuilding The Churchâ€ where he asked for a photographer’s camera, mocked like he was going to take an audience shot and took a photo of his crotch instead.

Many dismiss players like Vai as being technical masters with no emotion, but Vai showed that he bears his emotion in his music with every note. The guitar becomes an instrument in the purest sense. Whatever he feels he can translate through his guitar. Whether that be sharp bends and double handed tapping or the quiet melodic lines of Sisters. But everything was done with great theatricality and style. 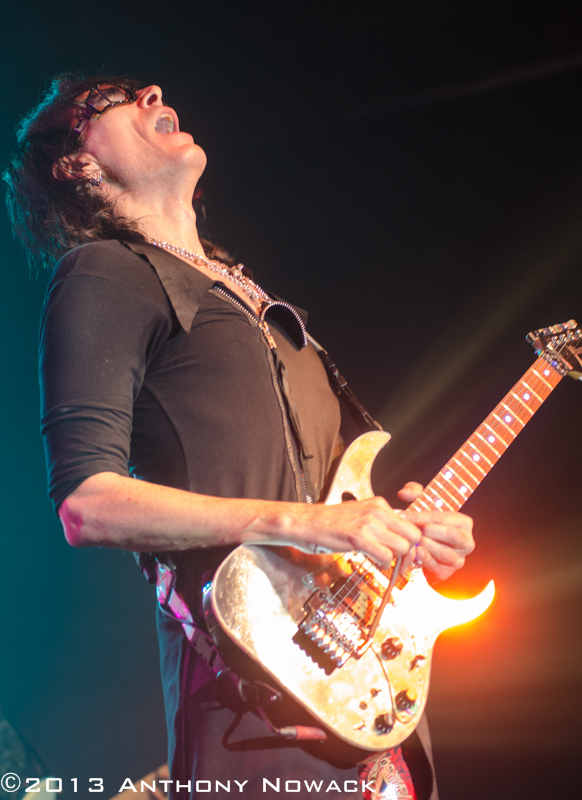 He took a seated acoustic break in the middle of the set with his drummer Jeremy Colson wearing a mini drum set over his shoulders that was lit up like a Christmas tree.

After the drum solo, Vai reappeared on the stage in a suit covered with lines of lights and lasers for the song â€œThe Ultra Zoneâ€. Toward the end of the set he even invited a couple of the audience members up to the stage and had them assist in creating a new song that the band proceeded to put together and play right there on stage.

It’s easy to see why so many guitar players hold Steve Vai in such high esteem, but judging from the audience on Thursday his appeal is much broader than teenage boys noodling in their bedrooms. His performance at The Intersection, more than just a guitar clinic, was a rock show at it’s best. Powerful and wildly entertaining.

Set List:
Racing The World
Velorum
Building The Church
Tender Surrender
Gravity Storm
Weeping China
Answers
The Animal
Whispering A Prayer
The Audience Is Listening
The Moon And I
Rescue Me
Sisters
Treasure Island
Salamanders In The Sun
Fire Garden Suite: Pusa Road
Drum Solo
The Ultra Zone
Frank
Build Me A Song
For The Love Of God