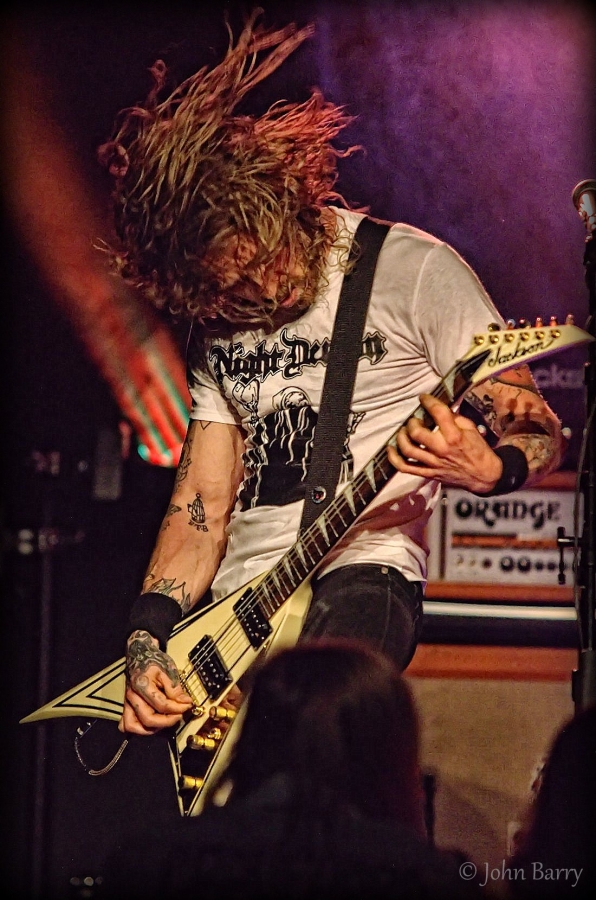 Swedish metal bands Graveyard and Bombus are currently touring the US in what just might be the best underground metal tour of the year!

Bombus consists of Feffe (vocals, guitar), Matte (vocals, guitar), Peter (drums), and Jonas (bass), although they also consider Ulf as the fifth member of the band. Ulf now helps out behind-the-scenes where he takes care of the bands artworks and video clips. They have released two albums to date; Bombus (2010) and The Poet and The Parrot (2013).

These bands made a stop at Vinyl in Las Vegas, NV on April 22nd, 2014. Our photographer, John Barry, was on hand to catch both these band in the act. Here are the images from that night.