No Resolve knock it out of the ballpark with 34 minutes of sonic bliss on their debut full-length album, Unity.

Detroit has always been a breeding ground for cutting-edge rock n roll. Bands such as the Detroit Wheels, MC5, The Rockets, Kid Rock and the White Stripes played from their gut, showing the world what Detroit had to offer. This generation is looking for a new voice and No Resolve just might be their answer.

Back in 2012, No Resolve showed the world a glimpse of what they had to offer when one of their songs, â€œGet Me Out,â€ received heavy rotation during the Detroit Red Wings playoff games. Since then, the song has received 15 million-plus plays/hits on YouTube.

At the end of 2014, the band went into the studio with Shane Grush (Wilson/Jennifer Azzato) to create their first full-length album, Unity. The album, featuring â€œLove Me to Deathâ€ and â€œThe Pusherâ€ co-written with veteran songwriter Johnny Andrews (Three Days Grace/Halestorm/Theory of a Deadman), was recorded in Michigan and Tennessee, taking 18 months to produce. This was time well spent as the production, engineering, mixing, and mastering is top-notch, rivaling exquisite sounding albums such as Nirvanaâ€™s In Utero, the Deftones White Pony, Beckâ€™s Sea Change and Soundgardenâ€™s Superunknown.

Unity opens up with â€œWake Up,â€ a song with fat distortion and really good Three Days Grace sounding guitars and bass. The Theremin sounding ‘whine’ during the verses is particularly enjoyable and added an interesting touch. Oscar hits the high notes respectably, sounding natural and not forced. Perhaps the pitch on the gate might have been a bit high, which was especially noticeable during the bridge, but this might have been intentional.

â€œLove Me to Deathâ€ has really nice sounding vocal harmonies with mid-tempo verses that build in intensity. The single-string accompaniment during the chorus and behind the pre-verse riff were nice touches. The bass guitar melody, during the verses, carries this song and the different levels of instrumentation during the pre-choruses really work. There is a good amount of variety going on which keeps the song interesting and the simple, but melodic, solo gave the song a good feeling.

â€œPreludeâ€ is a cool tribal drum sounding intro with some synth-sounding strings, reminiscent of Thirty Seconds to Mars, then â€œWhat You Wantedâ€ quickly kicks in. Itâ€™s a little predictable, though not necessarily in a bad way. The whole ‘intro-verse-chorus-verse-chorus-solo-chorus-outro’ formula is in full effect, but there are some really good drum fills, especially when coming out of the chorus into the pre-verse riff.

â€œThe Pusherâ€ is the albumâ€™s leadoff single. This is a good choice as there is lots of locomotion here. These guys have a gate the size of the Taj Mahalâ€™s front door. Their guitars are either 1,000% on or they are silent. This is not a bad thing. It makes them sound heavy and sharp, an effect a lot of alt-metal groups in this genre cannot attain because their distortion is too messy, but these guys are as clean as a knifeâ€™s edge.

â€œChange It Allâ€ is a tender sounding intimate ballad, almost apologetic sounding, and shows us that the band can sound powerful even though they are not playing full-on. And, what a beautiful voice Oscar has. There is an unexpected cool sounding little pitch-roll he does on the â€œCan you let goâ€ line, which comes right after the two-minute mark. There is a very tragic feel to this songâ€™s melody, especially during the beginning. It is definitely a great sounding, emotional song, causing one to close their eyes and nod their head along in enjoyment.

â€œKill Usâ€ is a bit formulaic sounding. Donâ€™t get us wrong. Not a bad song, itâ€™s just that on an album full of spectacular tunes, this one sounds rather average. The bridge doesnâ€™t even try to stray from the rest of the songâ€™s melody. It just puts it over drum hits, then resumes after four measures.

â€œWhat You Deserveâ€ is a definite stand-out track with a great sounding bass guitar mix. It’s unclear if thatâ€™s a product of the bass being more prevalent in the song, or if itâ€™s actually mixed differently. Either way, we dug it as soon as we heard it. It was very meaty. You get a chance to appreciate the snare drumâ€™s reverb, too, during the verses. They were very nice sounding and not too cavernous, with a nice and sharp snap. The rest of the song was a little formulaic, other than the cool glitch sounding vocals during the bridge, but thatâ€™s the kind of bridge which stands out!

â€œChampionsâ€ has a howling gang vocal intro which was followed by some electronic-ish keyboards (or, maybe it was a sequencer?) then the song kicks in with Oscarâ€™s vocals well-balanced among the guitars. This song soars. It is very uplifting. There was an interesting sitar-ish sound to the solo, short though it may have been.

â€œTurning You Overâ€ has an interesting note that the main riff hits in the fourth bar of the first and third measures (the seventh or ninth chord?) which helped keep the song interesting. We enjoyed the quiet piano outro which was a little unexpectedly soft and musical for an otherwise heavy song.

â€œDancing with Your Ghostâ€ is a wonderful ballad sung with guest female vocalist Ashley Garza. Vocally, the two fit together perfect just as Shaun Morgan and Amy Lee did on Seetherâ€™s â€œBroken.â€ When Ashleyâ€™s vocals come in, in the second round of verse, it is a pleasant surprise. She has a good clean voice and nice octaving. Musically, the song reminds me of â€œEpiphanyâ€ by The Ocean, mainly because of the piano. The minimalist electronic drums really fit the mood of the song. We also enjoyed the harmonies on the second chorus. This is a hauntingly beautiful song making it the perfect ending to this incredible journey.

Crafted with their signature raucous sound and meticulously honed lyrics, Unity debuted at #10 on the Billboard Heatseekers chart and at #45 on the iTunes Rock chart. It was also highlighted on Amazonâ€™s Hot New Releases. Bryson Roach, brother of Papa Roachâ€™s Jacoby Shaddix, shot and directed the bandâ€™s first video single for one of the albumâ€™s most popular songs, â€œThe Pusher.â€ WWBN/Flint Banana 101.5â€™s Tony Labrie considers the video â€œdark, twisted and bad ass,â€ which pretty much sums up everything about Unity. Speaking of Jacoby Shaddix, his clothing line, Lovers Are Lunatics, is endorsing the band. As impressive as all the props theyâ€™ve received, No Resolve has done this all on their own with no corporate sponsorship.

The band continues to rack up success after success, having recently won the prestigious Linkin Park/Stagelight monthly music contest. And their fan base is growing as well, with millions of streams and thousands of listeners on Spotify.

No Resolve seems destined for greatness. In fact, based on how far theyâ€™ve come in these few short years, one thing is certain; No Resolve is a band that is going to take the music world by storm. Check them out later this summer as they hit the road with Pop Evil in August.

Special Thanks to Jason Tucker for his musical expertise and input on this review. 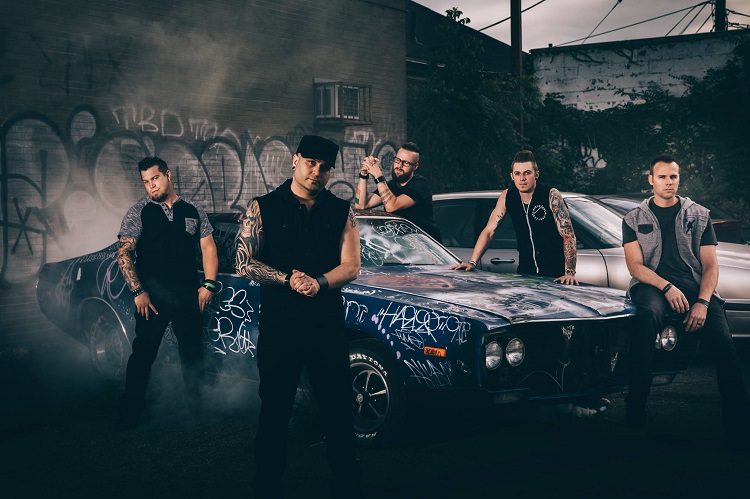