Howie D. from Hard Edge Radio and National Rock Review recently caught up with Dani Filth from the band Cradle Of Filth. They talked about experimenting with the writing and recording process, some of his favorite highlights from over the years, hitting the 25 year mark as a band, the latest album, and more.

Cradle Of Filth formed back in 1991 and, after a few years of releasing demo’s, hit the world with their debut album, The Principle Of Evil Made Flesh. Since then they’ve become quite the success and have loyal followers and fans all around the world. Their latest album, Hammer Of The Witches (Nuclear Blast) came out in July of 2015 and is being hailed as some of their best work yet. Cradle Of Filth is currently wrapping up their US tour with support from the Butcher Babies and Ne Obliviscaris before heading back to the UK for a few last dates. Be on the watch for more tour dates as the year progresses on.

The Interview with Dani Filth from Cradle Of Filth:

Hammer Of The Witches, the latest album from Cradle Of Filth: 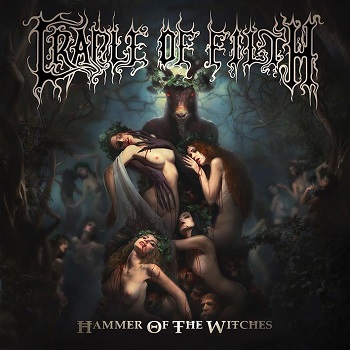 “Blackest Magick In Practice” from Cradle Of Filth: