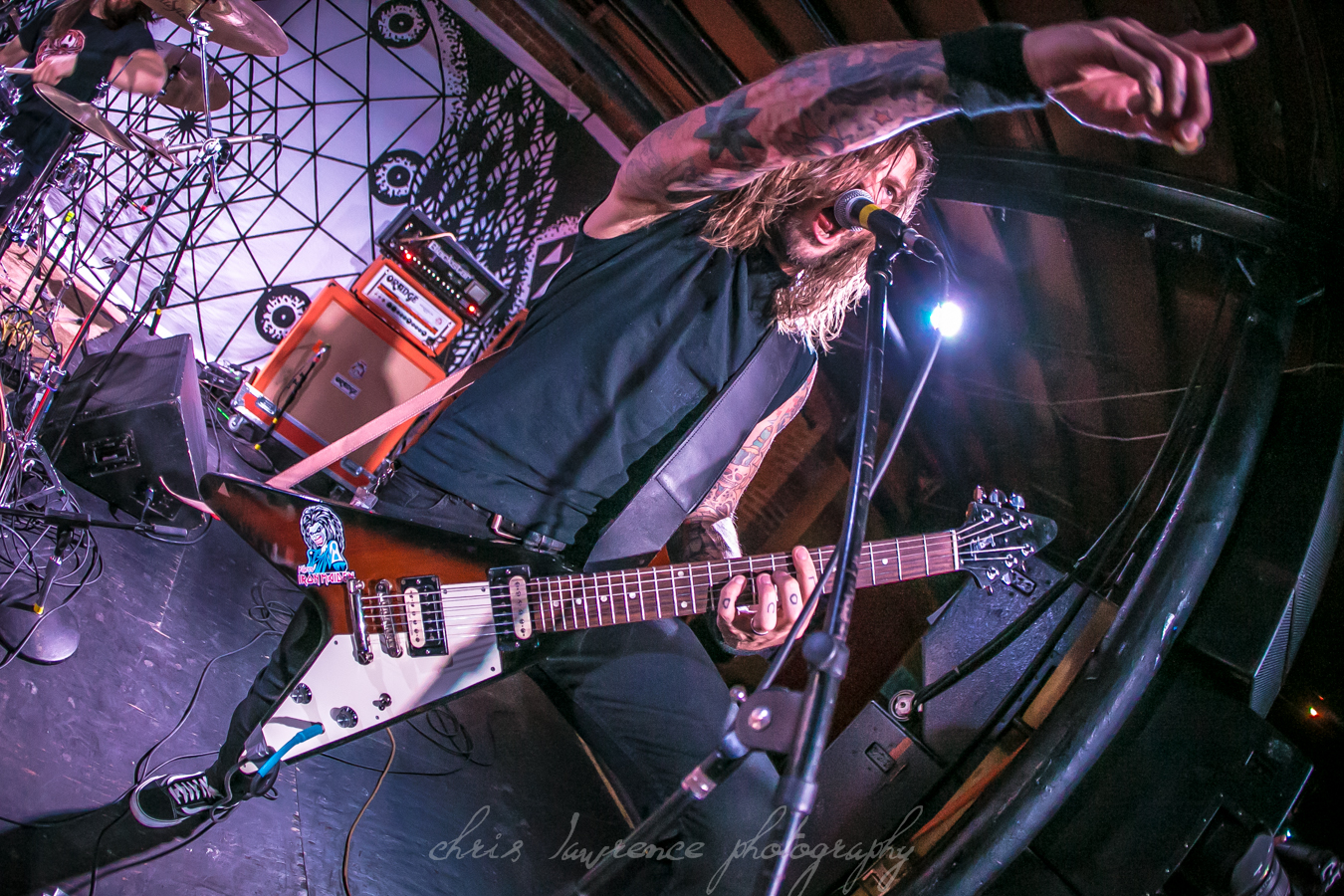 It was a Swedish invasion at The Shelter in Detroit, Michigan Sunday night as the Gothenburg-based duo of Graveyard and Bombus performed to a packed house. Graveyard has played Detroit a few times accumulating a great following here. Their most recent album Lights Out continues their epic exploration of stoner rock/doom metal that channels a heavy influence of psychedelic sound straight from the Seventies.

Bombus is touring the US for the first time in support of their second full-length album, The Poet and The Parrot, their first release on the Century Media label. Bombus, a Latin word for bumblebee,Â epitomizes everything you love and miss about the heavy metal of the 80’s. With a fresh perspective often described as the bastard love child of Motorhead meets The Melvins, they’ve redefined and rejuvenated the heavy metal genre that many have dismissed as overdone and long dead.

It was heartening to see a large crowd gathered early on to see them open the show. They had certainly won the crowd over by the end of their set. Did I mention their blistering drum solo early on? Fuck yes! A non-stop barrage of balls up metal/punk energy emanated from the stage that was louder and larger than the venue could contain.

I arrived early just as they began sound check and conducted a quick interview with them afterwards. Check it out in the clip below.

Both bands continue touring the US together in what many are calling the best underground metal tour so far this year! They will be in the States until the middle of May before heading back overseas for a series of shows. I highly suggest you catch either band live whenever you can, your ears will thank you for it.