Rock legend Suzi Quatro is getting ready to release her brand new best of album in September via Chrysalis Records.

With a career spanning in excess of 50 years, which includes an astounding fifteen studio albums, Quatro’s forthcoming release will walk her fans down memory lane.  The Best Of Suzi Quatro: Legend will feature digitally remastered versions of all her biggest hits including “Can The Can”, “48 Crash”, “Devil Gate Drive”, and “Stumblin’ In”. The release will be available on Gold Coloured Double Vinyl, CD and digitally.

National Rock Review recently caught up with Suzi Quatro to talk about her new album, her side project with Andy Scott from Sweet and Don Powell from Slade, collaborating with KT Tunstall and her forthcoming headline appearance on the Legends arena tour.

NRR: Thank you so much for taking the time to speak to us here at National Rock Review today we really appreciate it.
Suzi: You’re welcome.
NRR: You’ve got a new best of record which will be released on Friday 22nd September via Chrysalis Records. Having released fifteen studio albums, ten compilation albums and one live album I was just wondering how do you go about picking songs for this kind of release, it must have been like picking your favourite family members? 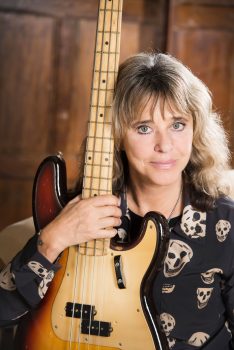 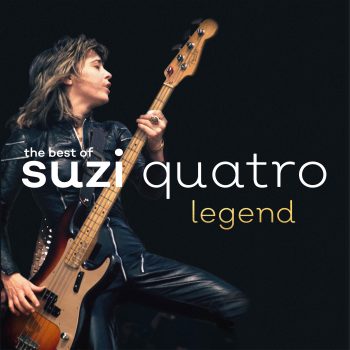