Rumors of a Nirvana reunion came true in the final hour of Cal Jam on Saturday after Foo Fighters’ performance. The band brought Dave Grohl on drums, Krist Novoselic on bass, and Pat Smear on guitar together again, as well as guest appearances by John McCauley, Joan Jett, and Brody Dalle.

The gang performed six songs, including such staples as “Smells Like Teen Spirit,” “All Apologies,” and more. 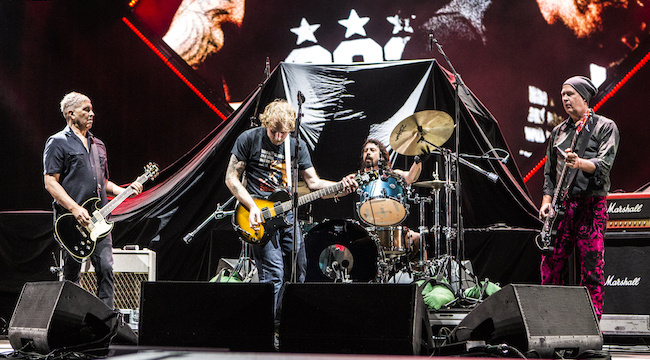