New bands along with old favorites are coming to the Pontiac, Michigan area soon. Come with us on a new musical adventure for sure, Jack.

Festival lineups come and go. Some bands get invited back, and others never get another phone call. New bands replace older ones, and the cycle continues until the festival ceases to exist. The next band up for your consideration from the Dirt Fest 2016 lineup is As We Divide. Robbie Hunt (vocals), Jake Danke (guitar), Tedd Turnwald (guitar), Zack Paryaski (drums), and Robert Thompson (bass) make up this Livonia, Michigan post hard-punk (we just report it as described to us) band.

A few days before their shot at Warped immortality, we got a chance to talk with Robbie and pick his brain about the band’s meteoric start, their few well-placed sponsorships, and their new EP, Always Content, Never Satisfied. So, switch your phone away from those cute little demons making you walk in areas you shouldn’t be in after dark and read for a while my friends. Then head over to our Facebook or Twitter pages and let us know what you thought.

NRR: Thanks for taking some time out of your busy schedule to answer some questions for National Rock Review’s Dirt Fest 2016 coverage. What’s been going on with the band, As We Divide, so far in 2016?
Robbie Allen Hunt: Thank you for interviewing us! 2016 has been the busiest year of our lives thus far. In 2015, we started out with no direction, but after Steven Kleiner and Jason Putnam from Eternally Nocturnal started managing us, weâ€™ve been on the go constantly, weâ€™ve realized that there will always be something important to do in order to turn As We Divide into a career for all of us. We recently released our first EP which had a pretty awesome response, and we are able to play both Dirt Fest and Van’s Warped Tour this year. You could say 2016 has treated us very well. 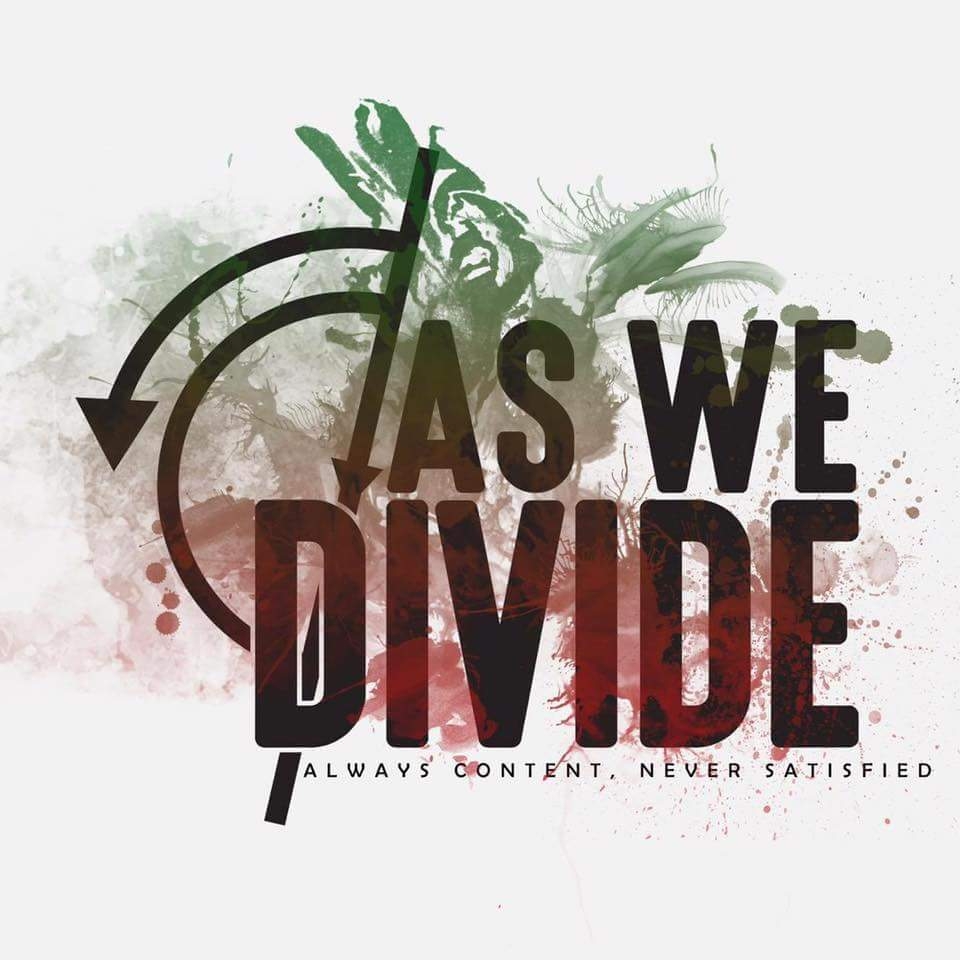 NRR: So tell me about the band, who is all in the group, how did you guys come together, and the part of the question you’ll grow to hate, is there a story behind picking your moniker?
Robbie Allen Hunt: The band consists of five members: Jacob Danke on Rhythm Guitar, Tedd Turnwald on lead guitar, Robert Thompson on Bass Guitar, Zack Paryaski on Drums, and Robbie Hunt is the lead vocalist. Jake, Robert, and I all went to the same high school together. Robert and I started a band when we were 14 that made it absolutely nowhere, but we still enjoyed it.
After going our separate ways musically for a while, Jake and I formed a band which Robert joined later. We found Zack and Tedd on Michigan Musicians, a Facebook page that just about every band in our scene has used at least once. Since then, we have all grown to be best friends and we practically do everything together. Youâ€™d have to ask Steven about the moniker part of the question, it was his design, (laughing).
NRR: I hear that you guys are still a little wet behind the ears being together for just a little over a year. What’s been the hardest lesson as a band you’ve had to deal with in that time?
Robbie Allen Hunt: I think the hardest lesson we have ever had to learn since weâ€™ve started is that you cannot please everyone. No matter how much passion and heart you pour into what you do with all of your free time, there will always be someone who has something negative to say about it. Despite all of the negativity and hate some people in the scene can carry, we still love it. Itâ€™s our home.
NRR: You have a new EP out, Always Content, Never Satisfied. What makes this good enough to be the band’s initial shot across the bow of music fans?

Robbie Allen Hunt: Our first EP was definitely a good start for us. I think itâ€™s capable of turning heads because of the energy that flows through it. Every song on that EP has a very â€œin your faceâ€ feel to it.
In the near future as we continue to grow, the music that we release will begin to take on its own direction, and thatâ€™s where we will define our name. This EP definitely helped us pull together a fan base and that inspires us to keep moving forward.
NRR: How does it feel to play a well established festival like Dirt Fest and compete for Warped’s BOTB all in the same year?
Robbie Allen Hunt: It is absolutely mind blowing! All of us have dreamed of playing Warped Tour since we first discovered it, and same with Dirt Fest. Now that itâ€™s actually happening, weâ€™re all incredibly excited. It is amazing where life will take you if you follow the right path and stay focused.
NRR: Was making the video for “Seen It All” a lyric video versus making it a more of a theatrical one a tough call or was it the plan from the start?
Robbie Allen Hunt: We could have probably pulled a theatrical video off for â€œSeen It Allâ€, but we weren’t quite ready for one at that point in time. We knew we needed to get some solid material out for people to listen to soon, so we released it in a timely manner. The lyric video is something we are still all very happy with.
NRR: You guys seem to like clothes for the sleeping deprived. How important are endorsements from companies that are band friendly?
Robbie Allen Hunt: The clothing companies and other local brands in the scene are just as important as the bands in the scene. I can safely say that without Eternally Nocturnal, we would be way behind where we are now. Local companies also establish a good amount of pull, which benefits the bands. As those bands gain more pull, the clothing line comes with them. Everybody wins.
NRR: If you were in the crowd after your set, and heard two people talking about As We Divide, how would you hope the conversation might go?
Robbie Allen Hunt: I would hope that theyâ€™d be asking when our next show is. The more, the merrier. We keep a high amount of energy flowing through our set so every single second that we are up on stage is exciting. I would hope that people would be talking about how we pulled that off.
NRR: Is there a moment, that thinking back on it now, in the your time together, or with any band in the past, that you can’t help but still feel a tad bit embarrassed about, a situation that makes you laugh about despite yourself, or just still makes you shake your head in disbelief? A Spinal Tap moment if you will, that you’d be willing to share with me?
Robbie Allen Hunt: The first original mix that we released of our debut single â€œWhen Youâ€™re Thinking Of Us.â€ That is by far the most embarrassing thing I can think of. The mix wasnâ€™t awful, we were awful. We actually just came across it a few days ago. You can no longer find it on the internet, so youâ€™ll have to dig deep in order for you to see where it all began. The remastered and re-recorded version is available online though!
NRR: Are you guys music fans outside of being on stage, and if so, is there anyone on the Dirt Fest bill you’re excited to catch since everyone plays on the same day this year?
Robbie Allen Hunt: Music is what we all wake up for. We all listen to everything from the lightest Pop-Punk to the heaviest Deathcore and even Rap. No Country though… Sorry country fans, itâ€™s just not our cup of tea. We are definitely all super stoked for every single headlining band on Dirt Fest, but Jake and Tedd seem to be really into Psychostick, so you can expect to see them at their set.