From the rolling hills of death known as Des Moines, Iowa comes Green Death with their thrashing sophomore release designed to captivate and decapitate.

Green Death has written a new chapter in metal music with their delightful thrash album called Manufacturing Evil. Green Death builds on the sturdy foundations of bands like Forbidden, Flotsam and Jetsam, Sacred Reich producing music that shouts to the heavens â€œI AM METAL!â€

After the moody and medieval intro called â€œCillium,â€ the title track â€œManufacturing Evilâ€ jump-starts the album with galloping guitars, a walloping bass and bruising double bass. Sol Bales vocals are rich and powerful. He sounds like a cross between Phil Rind (Sacred Reich) and Ripper Owens.

Green Death finds creative ways to blend death and thrash on such tunes as â€œGates of Evil,â€ â€œThrough the Eye,â€ and â€œDemons.â€ Hearty death vocals soaring amongst a host of demonic single note runs give these thoughtfully crafted songs an evil aura. 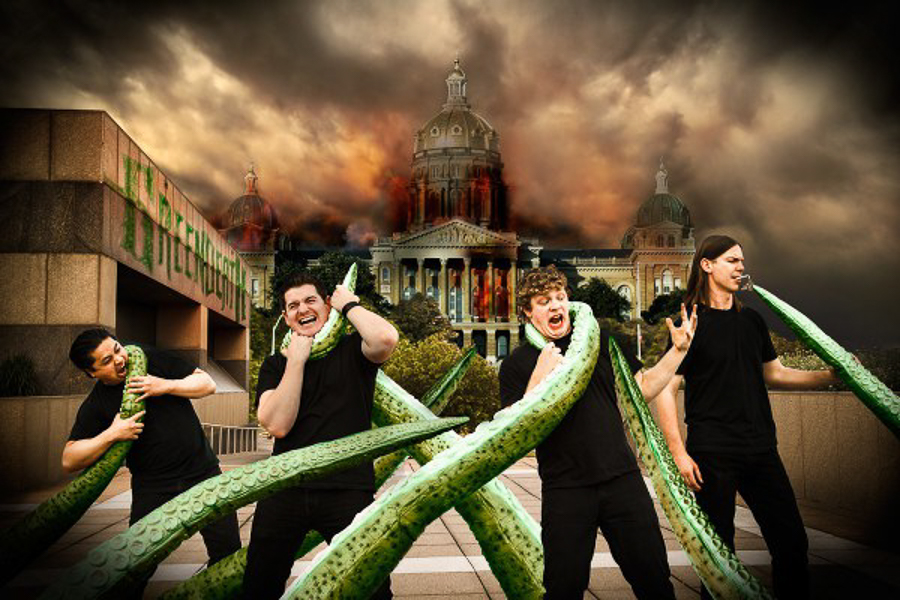 Charging riffs and pummeling rhythms propel â€œLord of the Deadâ€ at a frantic pace. Solâ€™s piercing screams remind me of Bruce Dickenson on â€œThe Number of The Beast.â€ This song is a great example of the fine songwriting skills that the guys in Green Death possess. Each song on this album is composed for maximal intensity with plenty of technical musicianship, which adds to the joy of listening.

The band displays their willingness to explore on the ethereal â€œSoulless.â€ Cavernous reverb with a bit of slapback on the guitars surrounds the vocal melodies. The composition captures a sense of desperation and allows for a brief respite.

Manufacturing Evil is a brilliant showcase in metal that gracefully dances in the worlds of thrash, death, and power metal. This album is a display of the versatility and intrigue of metal music.