If they ever remade This is Spinal Tap, my first and only choice would be for the guys coming up to get first dibs, seriously.

Haldor Von Hammer (Vocals), Jason “The Archer” Monroe (Guitar), James Segovia (Bass), Ryan Marcum (Drums), and Casey “Proton Pack” Doser (Guitar) are responsible for the rumors of debauchery that surround the Rock and Roll band known as, Superchief. Currently touring in support of, Trophy Room, on Magnetic Eye Records, these dissidents from Des Moines, IA are headed to Full Terror Assault 2015 to rock and drink beer. Or, maybe rock out while drinking beer, but we’ll have to see about that one. Either way, Haldor Von Hammer took some time away from his Miller Lite autographing to give us a few minutes to answer the meanings of life, well, okay, about the band but the answers are just as good! But, before you enjoy this piece, make sure you have clean underwear. Just, trust us.

NRR: What’s been going on with the band in the last year to catch the Full Terror Assault fans up to speed?.
Haldor Von Hammer: Superchief has released our latest full-length release called, Trophy Room, on Magnetic Eye Records. We have been touring around to support the release, and causing panties to drop everywhere we go.
NRR: Hopefully you guys have a great time on stage this year. Are you looking forward to anything in particular at FTA?
Haldor Von Hammer: First of all, we are honored to be a part of the first lineup for the festival. We are stoked that Nashville Pussy and Valient Thorr are playing on Thursday, but we, unfortunately, wonâ€™t be able to catch them. We are really looking forward to seeing EyeHateGod and Iron Reagan. Also, our pals from our hometown, Des Moines, IA, Green Death, are playing and that is rad.
[bandcamp width=100% height=42 album=3236952765 size=small bgcol=ffffff linkcol=e99708]
NRR: You guys list a ton of influences, I especially enjoyed only the first two album of one band, but if you had to narrow it down to three tops who gets the recognition by you?
Haldor Von Hammer: If we had to pick our top three influences they would have to be Black Sabbath, Clutch, and Thin Lizzy. Sabbath fulfills our love of the riff, Clutch brings the moxie and irreverent nature, and Thin Lizzy brings the dual guitar attack and melody.
NRR: Not saying anyone in the band isn’t an angel, but if an adult beverage maker was willing to throw samples and money your way for a sponsorship, who comes to mind first?
Haldor Von Hammer: Miller High Life, hands fucking down. It is the nectar that fuels our engine. We love local and micro brews, but when itâ€™s hot on stage and we need refreshment we turn to the Champagne of Beers.
NRR: Tell me about the band. How’d you guys first come together, any new music we should know about, anyone been barred from a petting zoo and not been sober enough to remember for what, etc?
Haldor Von Hammer: Superchief has been wreaking havoc for roughly six years. We have had a couple of lineup changes, but our current and most solid lineup has been playing together for a bit over two years. Odin and Lemmy are our personal saviors, so carousing is in our nature. Attendees should look forward to a good time and good tunes when we are on stage. To answer your question specifically, the only zooâ€™s we attend are Heavy Petting Zoos and trust me no one ever wants to boot us out.
NRR: Am I the only that thinks taking a ten-day vacation with Lemmy would be worth doing a few humiliating things for?
Haldor Von Hammer: HA! Agreed. That being said, you could take a five-day vacation with us and get 75% of the same experience. Just make sure you bring enough clean underwear.
NRR: Is there a band or bands on this year’s FTA line-up that you are looking forward to seeing as fans?
Haldor Von Hammer: Nashville Pussy, Valient Thorr, EyeHateGod, Iron Reagan, Green Death, Obituary, Napalm Death, the after partyâ€¦
NRR: So, you either are forced to play an acoustic set or play an entire show of pop covers, you’d start looking at one of your kid’s 1 Direction CD’s I’m guessing?
Haldor Von Hammer: Yeah, pop covers, but we would do our damnedest to butcher them beyond repair. 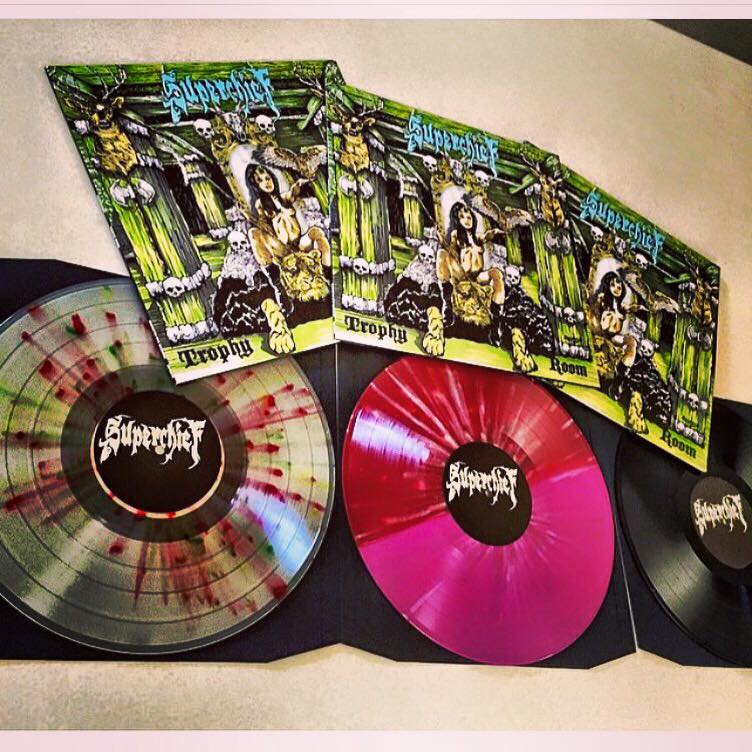 NRR: For you guys, what is the magic between you and the crowd? Is it just the need to have fun, the stage presence, or all that and more?
Haldor Von Hammer: We feel it is our duty to entertain and to make an environment to put people in a good mood. We arenâ€™t depressing, angry and moody, or any of that shit. We want everyone to raise a chalice to Valhalla and to revel in the opportunity to feast within the mead halls of Rock n Roll!
NRR: In the time Superchief has been around, what might be the most bizarre, strange, or simply hilarious experience that comes to mind? A Spinal Tap moment if you will?
Haldor Von Hammer: A lot of the bizarre items happen in the van driving between shows. Typically the best and worst times, come when a group hangover looms over the band and we become overly slap happy and ridiculous. At the risk of sounding like an ass, we are a group of funny fuckers and the effect a good hangover has on us is truly priceless.