Iron Maiden will bring The Book Of Souls to fans during a monstrous world tour in 2016 on the wings of Ed Force One.

With the release of The Book Of Souls set for September 4th, Iron Maiden has announced an incredible world tour, which will take place using a Boeing 747-400 Jumbo Jet to be christened Ed Force One. Vocalist Bruce Dickinson is in training now to receive his license to fly this massive plane that is almost twice the size and over three times the weight of the Boeing 757 used on previous tours.

Ed Force One will take the band, crew, and over 12 tons of equipment more than 55,000 miles (88,500 km) around the world for concerts in six continentsÂ (Australasia, Asia, North and South America, Africa and Europe). The Book of Souls World Tour 2016 is expected to visit 35 countries. Tour details are still being finalized but Iron Maiden has indicated that the tour will start in the U.S.A in late February for three shows and then head south visiting Mexico, Costa Rica, and a first ever appearance in El Salvador. The band will then continue on to South America with shows in Argentina, Chile, and Brazil before heading back to the USA at the end of March. They will then head up to Canada in April. Other ports of call for the tour include Japan, China (the bandâ€™s first ever visit), South Africa, and an extensive visit to Europe. 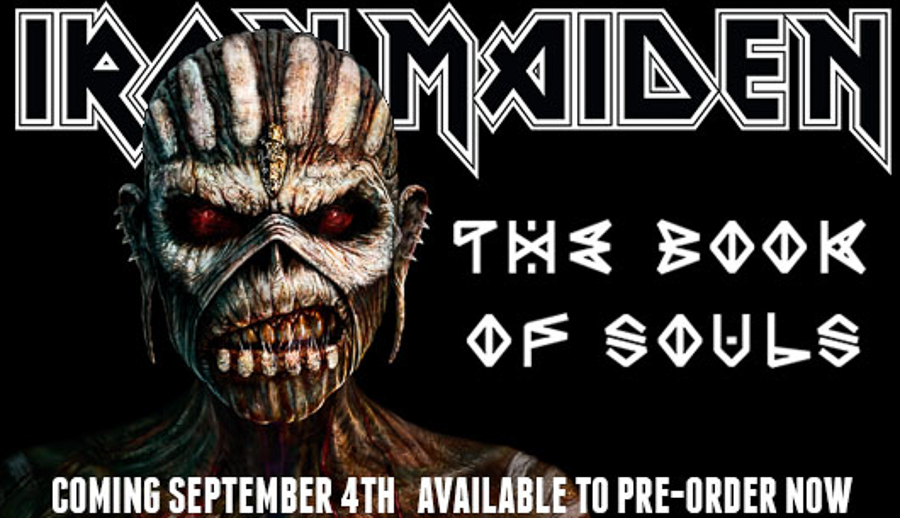 Bruce Dickinson: â€œWhen the opportunity arose from my friends at Air Atlanta Icelandic to lease a 747 for The Book of Souls World Tour, of course, we jumped at the chance, who wouldnâ€™t? The greatest benefit of travelling in a 747 is that because of its colossal size and freight capacity we can carry our stage production and all our stage equipment and desks in the cargo hold without having to make any of the immense structural modifications needed to do this on the previous 757, the extent of which fans will have noted on the Flight 666 DVD.”
“Although in reality we cannot carry much more gear the savings in complexity, time and cost make using the 747 even more practical. All we will need to do is â€œpaintâ€ it and move a few seats around, with the added advantage that there is much more room for band and crew â€“ our Krew can almost get a row of seats each to catch up on sleep on the flights! Furthermore, it is marginally faster 0.85 MACH and the range of around 7000NM (13,000 km) are much greater which means we will not have to make the refuelling stops we needed to with the 757.” 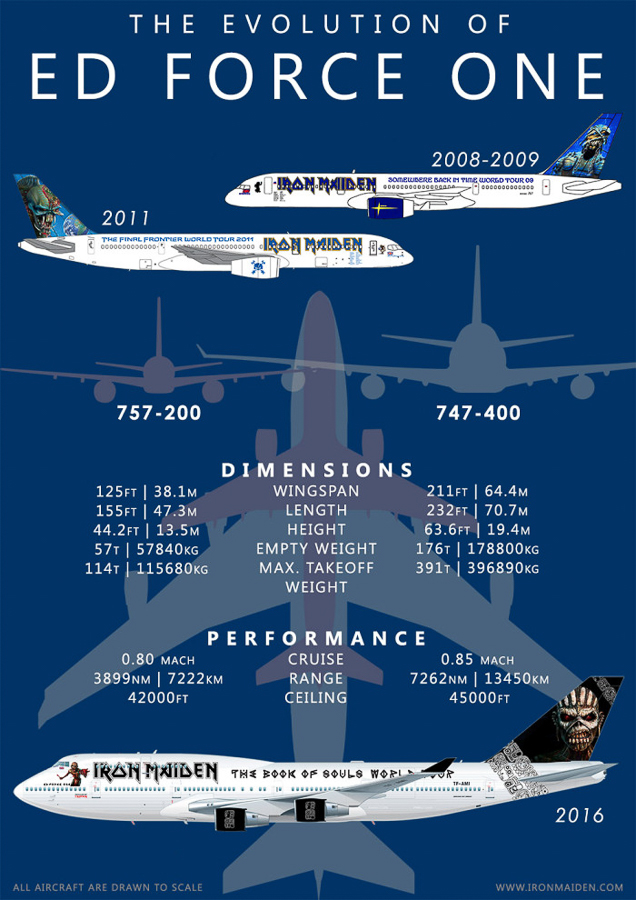 â€œHowever, even though we have worked out the logistics of taking a plane of that immense size out on tour, I still have to learn to fly it before we can go anywhere! So, Iâ€™m currently doing my training to qualify as a pilot and Captain on a Boeing 747. Iâ€™m doing this at Cardiff Aviation, my aircraft maintenance facility in Wales, where we recently took possession of a rather splendid 747 simulator which I canâ€™t wait to get practising on!”
â€œWeâ€™re all really excited at the thought of bringing our brand new tour to fans who have never seen us play live before, and, of course, re-visiting all our old friends again too. You can rest assured we are all working hard to put together a spectacular show for our fans.â€

Final dates, venues and ticket sale times, along with full details of what Maiden fans can expect from The Book Of Souls World Tour, will be announced by territory starting in a few weeksâ€™ time. As usual, where feasible, IRON MAIDEN Fan Club members will have exclusive access to purchase tickets before they go on general sale. Also, wherever possible, the Fan Club will again be running the First To The Barrier draw for privileged, early access to the venue to secure the best standing positions by or close to the barrier.

The Book Of Souls is Maidenâ€™s sixteenth, and first ever, double studio album and is released 4 September through Parlophone Records (BMG in the US)