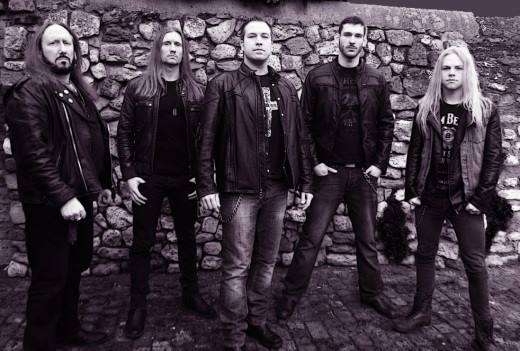 Just recently, I was asked to review Forged In Black, a metal band hailing from the UK. Unknown bands can be a bit of a crap shoot; you never know what they are going to sound like, be it good or bad. First, FIB it turns out is not unknown. They have a solid following in the UK and have played some large events.

Second, they are not just any average bar band; they are reminiscent of the power-metal bands of the 80s and 90s such as Helloween, Dream Theater, and HammerFall with a solid thrash influence in the vein of Testament. Even so, they are not copies of these bands; they possess a sound uniquely their own.

FIB began as Merciless Fail, the name under which they garnered regional success and released their first album, Forged In Black. This, of course, would become the new identity of the band as they released their second studio effort with The Tide E.P.

FIB is a five-piece, fronted by Chris ‘Stoz’ Storozynski on lead vocals. He reminds me a bit of Jon Olivia with his raw power and vibrato. His voice contrasts nicely by bass player and backing vocals of Kieron Rochester who pounds out chorus pieces with a guttural blower voice. The two balance well together to make vocals that are easy to listen to and follow while still have the teeth of true trash music.

On guitar for FIB is Tim Chandler (lead) and Andy Songhurst (rhythm). Their guitar work consists of a mix of power cords, speed chugging, hot licks, and harmonies akin to Smith and Murray of Iron Maiden. Chandler also delivers some interesting solo work as well. This a real metal axe work, topped off with a nice thick, crunchy guitar tone.

The rhythm section consists of the family team of Kieron Rochester again on bass and his father, Kevin Rochester, on drums. Kevin is a classic speed metal drummer. In his drum sound, I hear the familiar clipping of a rapid double bass run, a tight snare, accentuated by some nice cymbal work.

Kieron hooks well with him, providing complex bass riffs. As a bass player myself, I always pay close attention here. My only wish would be to have the bass more prominent in the mix. But I say that about most bands. 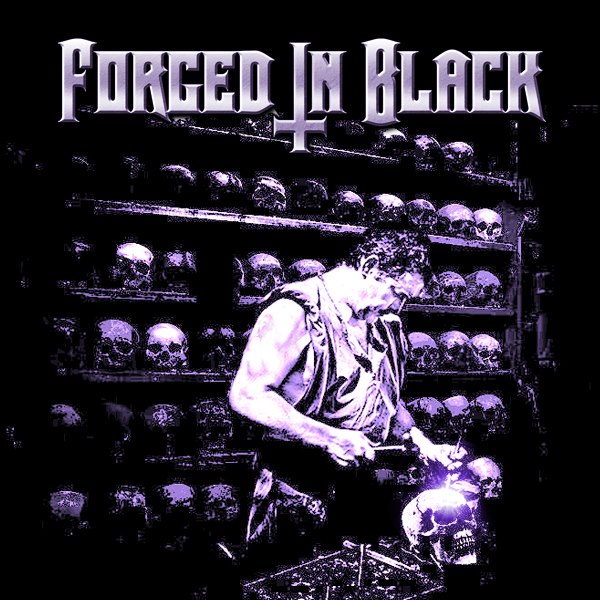 The first album, titled Forged In Black and originally released as Merciless Fail in 2012, is now their de facto self-titled release. The album contains ten tracks and an intro. Though none are bad, some stand out in my mind.

Bloodstained is the Promise is possibly my favorite on the album. It has a solid hook and great chorus featuring alternating voices of Stoz and Kieron. It kicks in with an awesome guitar riff followed by a two guitar harmony. There is a cool time change switching between verse and chorus. The middle of the track has a nice melodic bridge, which slowly transports the listener back with a crash to the solo. Honestly, I could listen to this track over and over.

Children of the Flames is a real ass-kicker! Speed chugging guitars, pounding snare and double bass, power vocals of Stoz answered by the angry growl of Kieron… you can’t help but want to bang your head to this one.

Accusations of the Innocent starts off in a manner reminiscent of Iron Maiden. Great vocal work on this track from Stoz. I love the way he rolls the ‘r’ in retribution! The harmony guitars really make the song, anchored by a bass run holding down the low-end.

Forged in Black (the song) is also worth comment. I love the vocal lines in this track. They work well countering guitar and bass rhythms as they dance along with each other. The beat of this song is incessant without being trash. It is a song worthy to bear the name of the band. 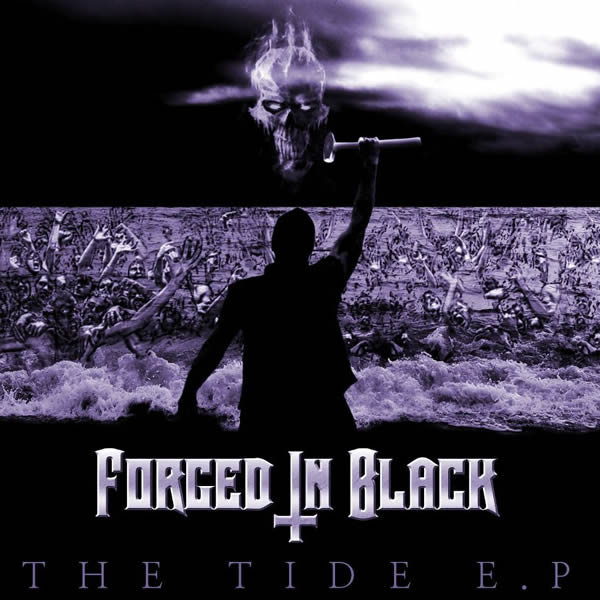 The Tide EP, released in 2013, contains four tracks, including a revised Accusations of the Innocent. The song The Tide starts off melodically with one of the more interesting vocal parts for Stoz. He truly has a good singing voice and does not require metal guitars to carry him. The main rhythm of Tide reminds some of the march style beat of Anthrax. The chorus, though, is all Stoz.

As the Crow Flies features some nice guitar work and contrasting vocals between Kieron and Stoz. Stoz further demonstrates he can find a King Diamond falsetto when he wants to.

Devil’s Bridge is my favorite track off the E.P. It starts with a clean, almost haunting guitar, followed by the roar of guitar effects, which build into the main harmony. Stoz comes in and ushers the pace along, building up to the chorus and leading to a bridge, sung by Kieron and accompanied by a heavy hitting harmony guitar solo. It is not the hardest or fastest song on the E.P., but possibly the most complex and interesting.

Overall, I think FIB is a band to check out. If you like trash and power metal, FIB delivers. Their music is complex yet also hard-hitting. There is a certain progressive metal quality to them as well; their music and lyrics possess a definite performance and drama value. While the production quality of both the album and E.P. are good, I think it could be better. This leaves me looking forward to hearing how a record deal production budget can do justice to this great up-and-coming metal band.

Forged In Black… I wish you best of luck. And you can count me in as fan. You guys rock!