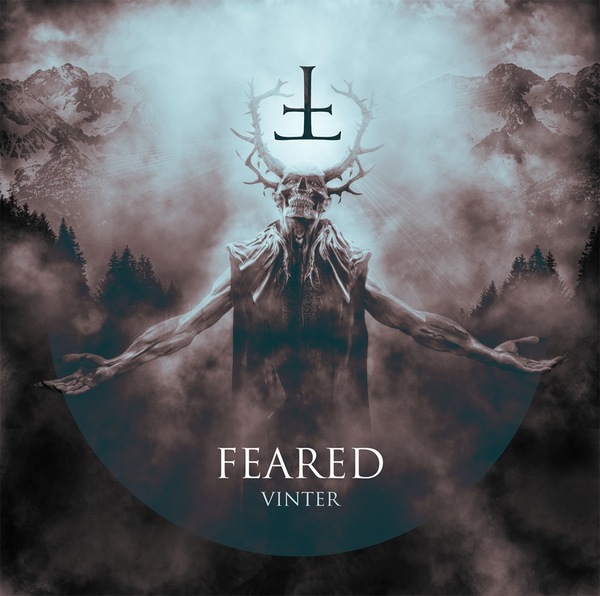 It was the end of June 2013; I was just minding my own business reading on some metal website The Haunted (who I think kick ass!) had a new guitarist.Â  The guyâ€™s name was Ola Englund.Â  Since he was replacing the mighty Anders Bjorler (from At The Gates), I thought to myself, “Chuck, you need to Google this fucker and see whatâ€™s up.â€

Turns out Ola is a riff writing machine and a savage musician with a wide dynamic range.Â  This, my friends, is when I discovered Feared!Â  Since then, Iâ€™ve not stopped listening to them.Â  Take a moment before reading on and ease yourself into Feared by checking out Fall of ManÂ from Furor Incarnatus.Â Â Done? Good; lets continue.

When I read Feared had a new album, Vinter, I was overjoyed though, I must admit, somewhat fearful (no pun intended :). You see, Furor Incarnatus is a majestic suite of metal.Â  Could Feared follow up such a grand release (in the same year no less)?Â  The answer is yes, Jerry, yes!

Sun Awake casts a shadow of doom as Vinter opens before you.Â  You find yourself strung out and Needle Effect hurtles you into a euphoric battering of drums, bass, guttural vocals, and dis-harmonic riffs.

Vinter continues to evolve with Your God.Â  A barrage of splintering riffs falls into a chorus progression, revealing the face of God in the cold light of day.Â  Hate is EverythingÂ brings in some Pantera-esque grooves that are tight and heavy.

Next is my all time favorite cut from Vinter, Mass Destruction.Â  Starting out with a powerfully hypnotic drum and guitar riff, the song launches like a tank into the mouth of war.Â  Just close your eyes and imagine a dystopic future where the world is obliterated before you.Â  Olaâ€™s solo has some great phrasing and fits the tune perfectly.

Erased provides a bold interweaving of riffs and a dizzying solo forged in the depths of winterâ€™s soul.Â  This propels us toward Huldra.Â  The Scandinavian forest seductress lures the listener in with a withering assault and then cascades into a chorus Dream Theater would be proud of.

Invidia mauls you with a monstrous combination of speed giving way to brooding darkness.Â  It does a fine job of conveying the deadly sin of envy.Â  MylingenÂ sounds to me like an ode to the chaotic insanity of Meshuggah with its harsh and dissonant chemistry.Â  My Shadow World is hauntingly beautiful in the rich depth of its darkness.

Finally we come to the end and title track, Vinter. You can feel the snow falling around you as the sun rises above you.Â  Embrace the beauty of ice and snow.Â  Rise above the snow covered landscape on the wings of a raptor and soar into the heart of winter.

You can pick up Vinter on iTunes and Amazon.Â  You can also ‘try before you buy’ as the whole album can be streamed via YouTube.