Boy, that sounded ominous, didnâ€™t it? Geez, I kinda creeped myself out a little there. Those could be some new lyrics… hmm. Sorry, I got off track there. Already! So, kiddies, how has everyone been? I donâ€™t care. Shh. The clamoring for news from Brooklyn hasnâ€™t gone unnoticed, I assure you. As Iâ€™m sure you could imagine in the depths of your little blinking, beeping robot brains, Brooklyn was full of intrigue and wonder. Mostly because it was a wonder we found a good place to park our behemoth RV.

Getting into the city is always an adventure in something as large as what weâ€™re driving. Lots of one-way streets, double parked cars with their hazards on, tight turns, and tunnels that are off limits to an RV with propane tanks on board. Luckily, the shows have all been fairly close together on this first part of the tour, so weâ€™re never rushed for time.

I have to say, driving around NYC is so cool, everything you see is some kind of landmark or familiar sight from a movie, tv show, documentary about hookers, etc. Of course, the stress of navigating the U.S.S. Facemelter on the streets is a bit stressful. Eventually we got really lucky and found a delicious slice of curb near a park, only a block from St. Vitus. It was so quiet we were a little thrown, to be honest.

Not long after we got there, we saw Steve, Fates Warningâ€™s driver, circling the block in their giant bus. Itâ€™s as long as our RV PLUS our trailer, and itâ€™s just one piece so itâ€™s even tougher to navigate. I mean, heâ€™s a pro driver, so donâ€™t cry for him, Argentina.

He pulled up behind us, and we cooked up a devious plan. We could go load into the venue, sitting in the bus stop in front of it, and Steve would put down some traffic cones to hold our parking spot. It worked flawlessly. Once back there, we had two giant busses all nice and cozy in a quiet section of Brooklyn. It was about 10x better than any scenario that I had played out in my head. So that was a good start to the night.

As for the venue, this place had at least as much character as any of the others weâ€™ve been in, maybe more. However, it was different character since it was about the size of my bathroom at home. Ok, I exaggerate, but only slightly. It was the size of my living room. Whatever, leave me alone, I didnâ€™t take a tape measure in there with me for crying out loud. So anyway, the only sign that this place exists from the street is a black door. No sign, nothing. Itâ€™s actually kinda cool. One of those places that everyone just knows is there. 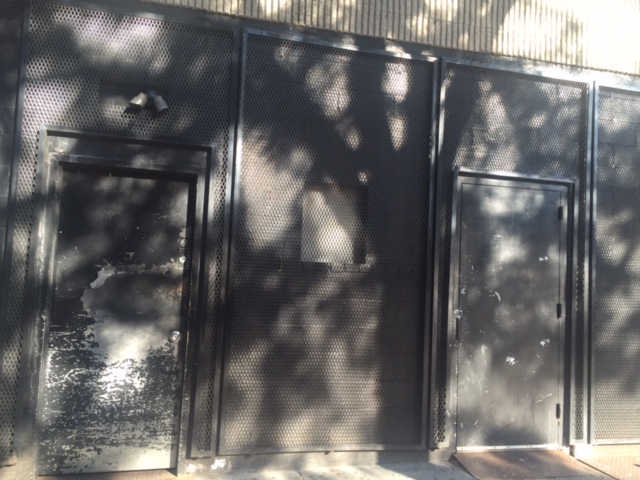 Behind the Black Door 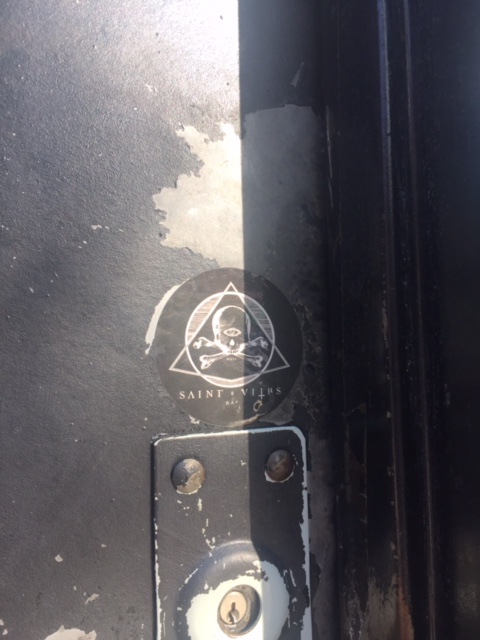 Once youâ€™re inside, itâ€™s got a creepy underground evil metal vibe. Fun stuff as long as youâ€™re into spinal piercing, Satan worship and clogging. But even if youâ€™re not, itâ€™s a fun Halloween-y kinda joint. 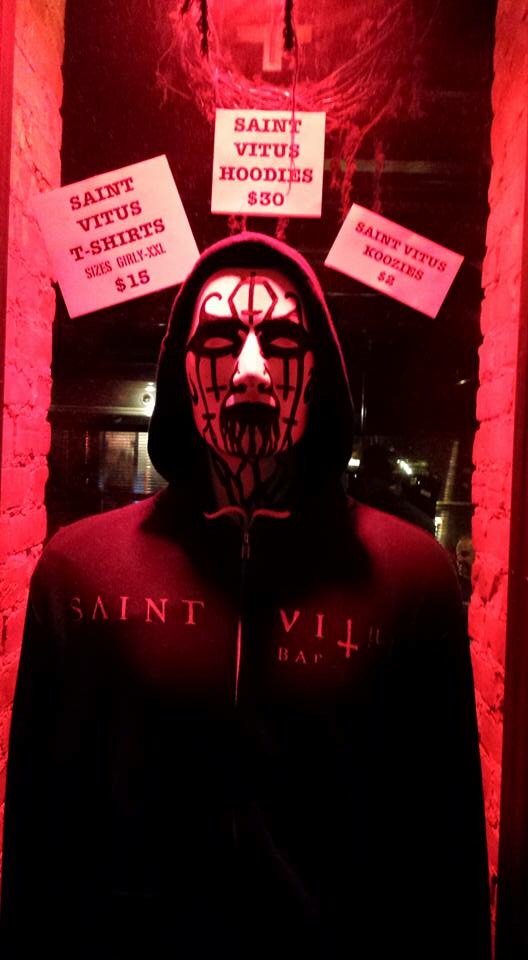 Hereâ€™s an interesting little tidbit for you tidbit lovers. By the way, thatâ€™s creepy. The rest of the non-tidbit-loving world wanted me to tell you. Getting all romantic with tidbits. *shudder* ANYWAY, Pat and I found a cool little place called Milk and Roses about 100 feet from St. Vitus, and decided to have some dinner.

It was the most romantic setting Iâ€™ve probably ever seen. And since neither of us had our wives along on tour, we decided to order some food and stare lovingly into each others eyes. You know, until things got super uncomfortable about 30 minutes in. I mean, at that point, should you be the one to break off the stare first? Eventually it just devolves into this epic battle of wills/staring contest that canâ€™t possibly end well. So, to make a long story short, after we got thrown out for fighting and breaking shit, we went back to the venue, hand in hand, like gentlemen. 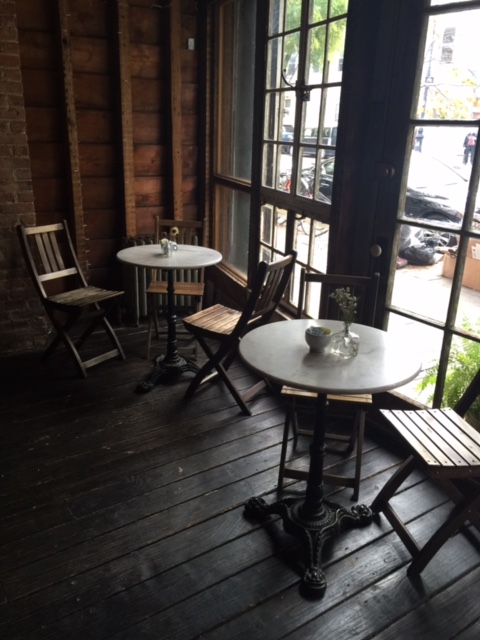 Romantic setting for dinner and epic battle of wills

Next up, Amityville! You just know thatâ€™s going to be good. Until then, my metallic friends!