October is a wonderful time of year in the northeast, much as it is in our home state of Michigan. Thereâ€™s a quality to the air, a certain crispness and clarity that gets the old juices flowing, really makes you just, you knowâ€¦ I meanâ€¦ man, I have to go take a leak. Iâ€™ll be right back.

Ok, thatâ€™s better. So, this should be an interesting post. I guess I always say that, donâ€™t I? But consider this, you f$%king robots. Weâ€™re playing AMITYVILLE. As in, the Amityville Horror. And Amityville II: The Possession. And Amityville 1992: Itâ€™s About Time. And who can forget Amityville Dollhouse: Evil Never Dies? Come on!

Well, first thing we did on this lovely day was head to Jones Beach to hang out and relax, since there was only an hour drive between the previous show and this one. This proved to be an adventure, since apparently â€œNo Commercial Vehiclesâ€ applies to RVs.

We found this out by getting on the Parkway and noticing that all the bridges seemed really, really low. Everyone getting a little lower. While holding our breath and cruising along, a helpful Long Islander pulled alongside us and offered this little nugget: â€œHey, you gotta get off the Pahkway, the State Troopahsâ€™ll pull ya ovah!â€ Well, we were very grateful and got the F off at the first available exit.

Eventually, we found a way to Jones Beach without using parkways, since they were all full of low bridges, and wow. If you guys have never been to Jones Beach, it is REALLY a cool place. Ocean breezes, huge beach, old architecture, and the huge amphitheater. What a great way to recharge. 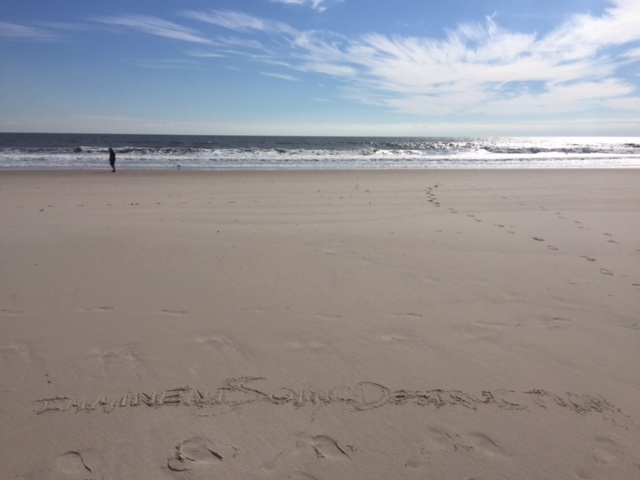 So, after enjoying some sunny 70-degree weather in October, the clouds rolled in, and the temp dropped. Which meant TIME TO GO! We headed over to the venue and, upon getting loaded in, was to take a walk around the corner, into the neighborhood where the Amityville HorrorÂ house is located.

October, just getting dark, walking down a beautiful street full of amazing houses, looking for something creepy. Well, we got to the house. It was surrounded by black wrought-iron fencing and had several large signs on the lawn declaring it private property, no trespassing. But it looks lived in. Someone is living in that house. And dealing with everyone walking by, driving by, whatever, to check it out. Kooky. 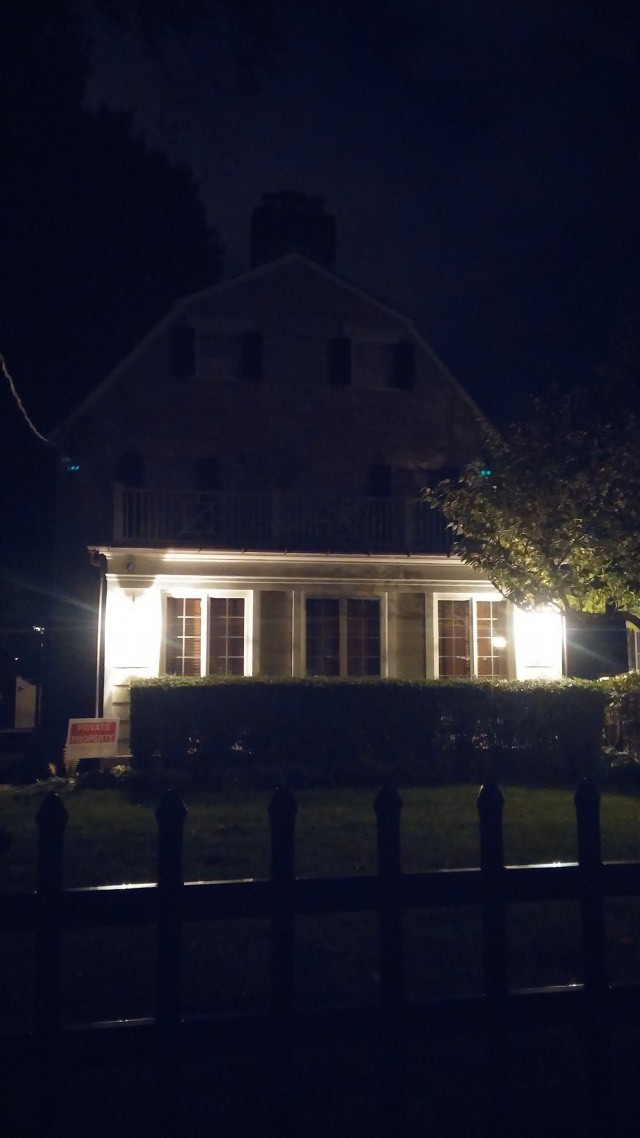 So on the way back, we decided to stop at a seafood place and get dinner. Turns out itâ€™s the local favorite and for good reason. The food was incredible, even though the portions were obnoxiously huge, and none of us came close to finishing what we ordered. So the quandaryâ€¦ should we take our leftovers to the bus? Seafood? Nope. No room, nowhere to store it. This would end up being a horrendous decision, so even though we HATE wasting food, we had to. Donâ€™t tell anyone. Weâ€™re embarrassed enough as it is.

Eventually, back at the venue, weâ€™re ready to go and end up encountering yet another set of local bands who choose to do what they want and ignore the posted set times. This is seriously odd, you guys. Twice in one tour.

Maybe you recall the diary entry from Poughkeepsie, and if you donâ€™t… Well, either you never read it the first time, or your memory sucks. I donâ€™t know you well enough to be able to say for sure. But Iâ€™ll go out on a limb and assume that since youâ€™re all most likely robots, your memories are top notch. Either way, it doesnâ€™t affect us really, other than making us feel a little more rushed than we should.

Fates Warning has been incredibly cool about these instances, and we all kind of shrug off the strange behavior of these few local bands. The show went really well, and again, we made some new fans and left feeling like it was a pretty big success. The tour has been consistent in that way, which is really awesome. Weâ€™re melting faces you guys. Itâ€™s kinda gross but oddly satisfying. Especially when people thank us for it. Weirdos.

Now itâ€™s time to head HOME for a night in our own beds and then a big show at the Token! Thatâ€™s the next entry, so Iâ€™m looking forward to that one.