Some people need their decaff coffee in the morning to be at peace with themselves. Then, there are those of us that never sleep, Jack.

Ron Keel, Jeff Koller, Geno Arce, DC Cothern, Doc Purcell, and Dakota Scott are still on their initial voyage as Badlands House Band, which came together in 2015. Ron, however, is no rookie to the music scene, radio, or the crazy life that comes with being in a band. A veteran of the scene with Keel and solo work, he and the rest of the band are getting their touring legs under them and eye with hunger not only to rock out fans across the globe but to have a full album from the band come out sooner rather than later.

We managed to score a few minutes with Ron between duties at the radio station and band to pick his brain for the answers to some questions. So, grab your duster, a bottle of tequila, and saddle up your horse. This is about to be the beginning of a ride you won’t soon forget. When you’re done catching your breath, head over to our Facebook and lasso up a ‘Like’ while you’re there. Or, scare up your best 144 on our Twitter, brother. We’d love to hear your take on anything in this interview.

NRR: Thanks Ron for taking some time out of your busy schedule to answer some questions for National Rock Review. What’s been going on with the band, Badlands House Band, so far in the early spring of 2016?
Ron Keel: Badlands House Band hit the ground running and itâ€™s been outta control ever sinceâ€¦ tour dates through seven states so far, recording and releasing our debut single, headlining, opening shows for our stablemates Hairball, and sharing the stage with veteran platinum rockers like Jack Blades, Kip Winger, Stephen Pearcy, Don Dokken, and Mark Slaughter. At our very first show, Paul Stanley joined us for four KISS songs, so it has been a wild ride from day one.
NRR: You are a pretty busy cat at the Badlands Pawn & Gun in Sioux Falls, SD. Is there a cot in a back room in the expansive complex or do they let you go home every so often?
Ron Keel: I have my daily radio show on KBAD 94.5 FM, a heavy workload with the band, thereâ€™s always business and phone calls and emails, I am a volunteer instructor at the Brennan Rock & Roll Academy, and just promotions, interviews, social media, voice workâ€¦ Iâ€™ve got my hands full, and I like it that way. No cot in, the back room but our tour bus is parked right outside.
NRR: When the band was first formed, what was the driving force behind the creative need to make music again for you and why this genre of music?
Ron Keel: My drive comes from within, and Iâ€™ve always been making music. The success of my 2014 solo album, Metal Cowboy, the release of my book, Even Keel: Life On The Streets Of Rock & Roll, and hosting my own syndicated radio show for three years prepared me for this new challenge. And the Badlands House Band transcends genres. We are just as comfortable playing metal as we are southern rock, so the sound is very natural. 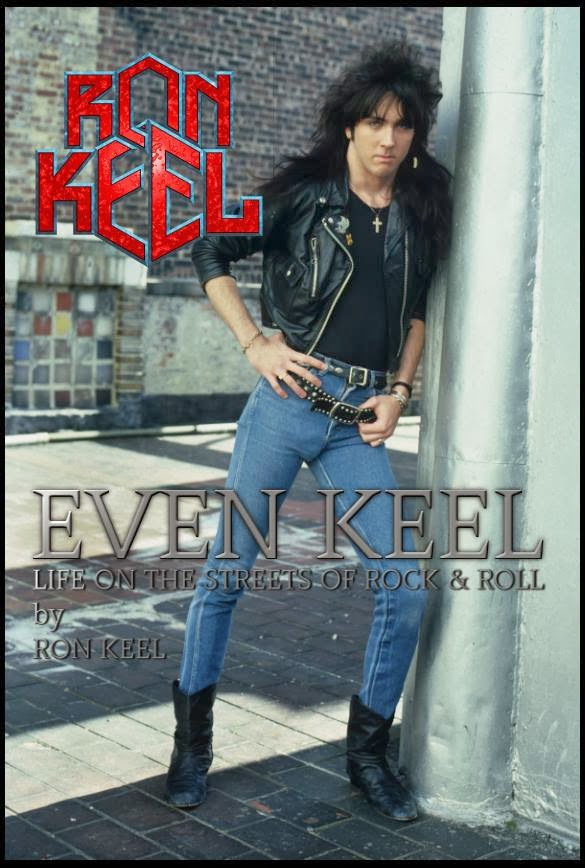 NRR: Does it mean a lot to you that you and BHB have the stamp of approval from some guy named Paul Stanley, who is playing my zip code in August?
Ron Keel: Obviously Paulâ€™s endorsement and support are huge for the band and for Badlands. Itâ€™s even more special for me personally because he was very supportive of my band Keel in the 80 were when Gene Simmons was producing our records. To show Paul and Gene that Iâ€™ve been able to maintain my career, stay viable, and still deliver the goods hopefully validates the support they gave me early on.
NRR: Those guys seem to hit far more than they miss on talent. We’ve recently lost a few big names in music starting with Scott Weiland and Lemmy to Bowie and Frey passing as well among others. Do you have any fond memories of their music or were influenced by any of them, by chance?
Ron Keel: Sadly itâ€™s a part of life, and on a positive note, music gives those who make it a measure of immortality in that what they created lives on. I was influenced by Bowie from a career standpoint because he was always re-inventing himself and he wasnâ€™t afraid to change. I have great memories of drinking heavily with Lemmy one night in London. My greatest hero died nearly 20 years ago with my father passed away.
NRR: Very cool to throw your dad in that mix, brother. “Ghost Riders In The Sky” is your debut single and it has video support for it, as well, already. What is it about that track that made it the one to set the pace like a green flag on a racetrack for the rest of the cuts?
Ron Keel: â€œGhost Ridersâ€ was chosen by Badlands founder Chuck Brennan to be the theme song for the empire, and became the opening song for our concerts. Original (and current) Outlaws member Henry Paul is a friend of mine, and I thought it would be a dream come true for him to produce our new 21st-century version of the track and I was right. Itâ€™s the perfect sonic introduction for this project, dusty and smoky but hard and heavy enough to put our stamp on it.

NRR: And that does beg the question to wonder if there is an album to follow, and if so, are the details concrete enough to share with us?
Ron Keel: A Badlands House Band album is certainly a goal that weâ€™re working towards. In the meantime, â€œGhost Ridersâ€ has been released as a Deluxe Edition Single, containing three versions of the song, with the official music video and the â€œBehind The Scenes/Making Ofâ€ clip on the disc as well.
NRR: I know you’ve answered this question before, but since I have you here, is “Guns, Gold & Rock â€˜n Roll” just a motto or is it truly what the band is built on?
Ron Keel: Itâ€™s more than a motto, itâ€™s a way of life â€“ and thatâ€™s what weâ€™re all about.
NRR: Is there a moment, that thinking back on it now, in the your career, with any band now, that you can’t help but still feel a tad bit embarrassed about, makes you laugh about despite yourself, or just still makes you shake your head in disbelief? A Spinal Tap moment if you will, that you’d be willing to share with me?
Ron Keel: More than I can count, both onstage and off. If youâ€™re not living on the edge, youâ€™re taking up too much space, and with the fearlessness come the screw-ups. Iâ€™m willing to share them, and in my autobiography, I do not hesitate to throw myself under the bus.
NRR: Okay, we’ll have to find a copy of that book! By all accounts, when BHB plays with Hairball, it’s a fantastic experience. Why do you think that works as well as it does?
Ron Keel: Both bands are hell bent on delivering a larger-than-life arena-style show, and weâ€™re different enough to complement each other. And those Hairball fans, they come ready to party, and they expect to be entertained, these are real rock â€˜nâ€™ roll celebrations. Hairball has worked hard for 16 years to build their show into an act that really competes with the biggest arena acts out there, and touring with them has exposed us to tens of thousands of fans right out of the gate.
NRR: What’s the writing process for you like, do you do the lion’s share or is it a group effort from start to finish?
Ron Keel: The Metal Cowboy album was the first time in my career that the credits read, â€œAll Songs Written by Ron Keel.â€ I feel good about that, and I think itâ€™s my best work. However, Iâ€™m just as comfortable doing covers like â€œGhost Riders In The Skyâ€ and making them my own.
NRR: There’s a small group of motorcycle enthusiasts that might come near the pawn shop every so often, any big plans for this year?
Ron Keel: If youâ€™re talking about Sturgis, thatâ€™s been on my bucket list for a long time. And this year I get to pop that cherry in big time fashion with the Badlands House Band at the Iron Horse Saloon Aug 08, 2016, and weâ€™ll be joined on stage by some very special rock star friends â€“ Jack Blades, Don Dokken, and Stephen Pearcy will be our guest stars for that one!
NRR: I’ll hand over the slightly dented and rusting National Rock Review microphone, don’t mind the faint smell of tequila on it, is there anything you’d like to plug or mention before Thirsty Thursday starts in earnest here at the cantina?
Ron Keel: Pass the microphone and the tequilaâ€¦ I just want to thank everyone for embracing Badlands House Band and for enjoying what weâ€™re doing. If you are new to the project, I ask that you check out the Official Music Video for â€œGhost Ridersâ€ (see above), it is a true highlight of all the amazing experiences weâ€™ve had so far and a very entertaining video!