Every parent has a favorite. We think of the bands we cover as our rockass kids. These guys up next are no exceptions to that either.

Five-time players, DeverauX, will be coming home for a special performance on Aug 13, 2016 at Dirt Fest 2016. Greg Maher (bass), David Floyd (drums), Jake Zemla (guitar), Phil LaMay (vocals), and Chas Millican (guitar) make up the newer, stronger, more bionic version of the current rooster. Having a stream of the new album, Exposed, going on now and having physical copies ready at the festival itself, do yourselves a favor and grab this thing any way you can.

One of our fondest joys is talking to anyone in DeverauX, but David makes his valuable time to us whenever we ask it from him and are eternally thankful for it. And, this time, it didn’t cost us a bottle of twelve-year bourbon either, so we had to raise a toast to him here at the National Rock Review compound. We talk to Dave about the new EP, the merch that goes along with it, and what’s been going on with the guys in general with family life and work life.

So, come with us like good little “The Troopers” and head for one kicking good time in Pontiac, MI. After you savor the sweet interview below, head over to our Facebook or Twitter and let us know your thoughts or at least the next cover the guys should do live.

NRR: Thanks for taking some time out of your busy schedule to answer some questions for National Rock Review’s Dirt Fest, again, 2016 coverage. What’s been going on with the band, DeverauX since we last bribed you with beer to tell us juicy band gossip?
David Floyd: We’ve been going through some changes here at the DX camp. JD Younk left the band, for family reasons, in early 2015. Jake Zemla then stepped in to fill bass duties but has recently transitioned to guitar. We are now working with Greg Maher on bass and playing as a five piece for the first time since Mitch Ladiski left the band, for family reasons, in early 2012. So, things have been evolving!
NRR: Congratulations on your second EP, Exposed. How are things going with it and what would you want a new fan to come away with after spinning it through the first time?
David Floyd: Thank you! It was a long road to release this album and we couldn’t be happier with the product as a whole. We worked with some fantastic people on the forefront of this industry to give our album as much impact as possible; Matt Dalton, Alan Douches, and Steven McCorrey, all had huge influences on the outcome. Our hope is, after listening to this album the first time, a fan can come away with a connection. Each person is going to identify with an aspect different and individual to themselves but what ever it is, we want them to feel like a part of it, like this is their soundtrack to the revolution.

NRR: Who came up with the artwork for a pretty badass tee shirt in support of the new CD and if the faithful want to get one early to show support of you guys, where can people get their grubby little fingers on one?
David Floyd: For this album we sought out help from our fans via crowdfunding and they responded in droves. So we did tees and hoodies with the album cover on them for a more cohesive release and to reward the contributors with some advance merch. The design was a loose recreation of a design I did years ago, by Steven McCorry, a great graphic designer from Orlando, FL. It is loosely based on the Vitruvian Man be DiVinci.
NRR: What made “Born To Fight” good enough to be the first single off the new album?
David Floyd: Once the mixes were done it was obvious “Born to Fight” had to be the opening track. It has the most “balls” on the album and it hits you in the face from the first downbeat. Once that was established it just seemed more and more fitting that it be the first single as well, and so it was.
NRR: How does it feel to play a well established festival like Dirt Fest as a veteran band to all of the craziness in your own backyard?
David Floyd: 2016 makes five years in a row DeverauX has played Dirt Fest and we absolutely love this festival! Every aspect of the production gets better each year and it’s awesome to work closely with Matt D. and see the progress he and the festival are making.
NRR: Our National Rock Review metal gnomes have kept an eye on the band since we last saw you. Lots of relationship goals, returning to college, and a few other personal things have happened. How do you guys balance real world with band realities?
David Floyd: As we, like all bands, grow older it is a constant struggle to balance band and personal time. We keep a fairly regimented practice schedule and always hold rehearsals the week of shows to stay sharp but everyone of us does need our personal time with our families. It really boils down to if you choose to put your time in. No one is making us do this but ourselves, but it helps to have such great support from the loved ones in our lives. 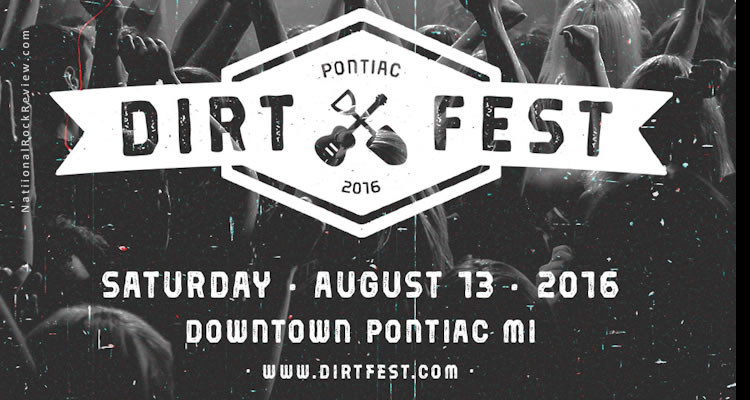 NRR: Quite a few of the other homegrown Mitten bands have mentioned you in support of the scene. What makes that happen where there is love from Flint to Detroit and all the other places in between for you and your peers?
David Floyd: “As you sow, you shall reap.” The love we get from our peers is but a reflection of the love we have for them in return. We strive to reach out and connect with the bands we meet and play shows with. We try to support our “friend bands” via social media and word of mouth as well. Music is a community, not a competition.
NRR: If you were in the crowd after your set, and heard two people talking about DeverauX, how would you hope the conversation might go?
David Floyd: Hopefully, something like; 1) “Did you see DeverauX?” 2)”Yea man, they were sick!” 1) “I am going to find their merch booth and grab a CD, maybe a Tee, wanna check it out with me?” 2) “Hell yea, let’s go!” That would be pretty ideal.
NRR: What can fans expect to see on stage when you hit the stage in Pontiac in a few weeks, set wise or theatrically speaking?
David Floyd: We don’t really do much as far as “Theatrics” go but one can expect to see five dudes playing some metal and loving the shit out of it. We will be playing the National Rock Review Stage at 6:50 pm so don’t miss it!
NRR: Are you guys still music fans outside of being on stage, and if so, is there anyone on the Dirt Fest bill you’re excited to catch since everyone plays on the same day this year?
David Floyd: Yes, we are all very much so fans of music outside of this band. We all have very different tastes as well as sharing a love for some of the same stuff. If you can’t tell by our music, we are huge fans of KSE and cannot wait to see them perform, again! There are too many to name here but we are looking forward to Born of Osiris, Wilson, Heartsick, and really really looking forward to Psychostick! This is going to be a great festival! 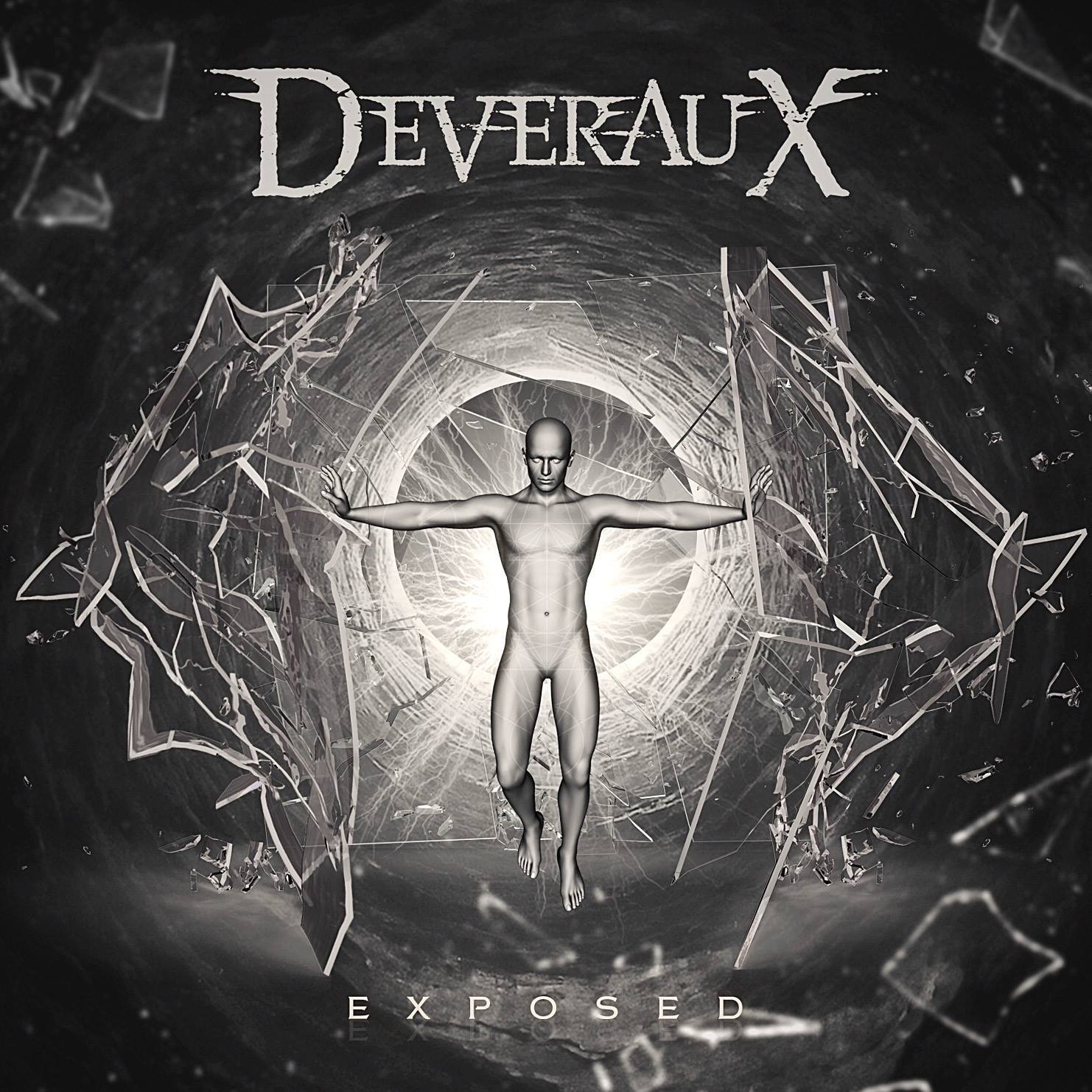