Howie D. from Hard Edge Radio and National Rock Review recently spent some time chatting with Denis “Snake” Belanger from legendary Canadian metal band, Voivod. They talked about standing the test of time, the years with Jason Newsted in the band, the reasons for him taking a break from Voivod in the early 90’s, the new single, touring plans for 2016, and more.

Voivod formed back in the early 80’s and with 1987’s “Killing Technology”, the world would come to know all about the band and their brand of punk influenced metal. As we start into 2016, the band has just released a new single, “Post Society” (Century Media), and plans on the new EP of the same name to be out in the coming months. Voivod is currently on the road for their spring US tour with Vektor, which started February 6th in Rhode Island and will wrap up in Hamilton, Ontario, CA on March 5th.

The Interview with Denis “Snake” Belanger from Voivod: 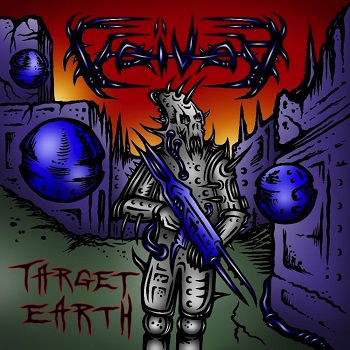