Howie D. from Hard Edge Radio and National Rock Review recently had a chat with front man Alfonso Civile from Heartsick. They talked about the band, the recent name change and the reason for it, what changes he sees in the Michigan music scene over the last 12-15 years, the new self-titled CD, and more.

Heartsick (formerly Knowlyfe) have been around for close to 15 years and have always been a fan favorite in Michigan and the surrounding states. The debut CD under the Heartsick moniker is self-titled and offers 16 intense and original tracks. A CD release party is planned for Dec 12 at The Loft in Lansing, Michigan. The band also plans to tour heavily next year in support of the new album. If you’re into metal that’s not afraid to splash in other genres of music, you might just want to check out Heartsick. It’s a nice does of freshness in a sometimes stale day and age of music.

The interview with Alfonso Civile from Heartsick:

The self-titled, debut CD from Heartsick: 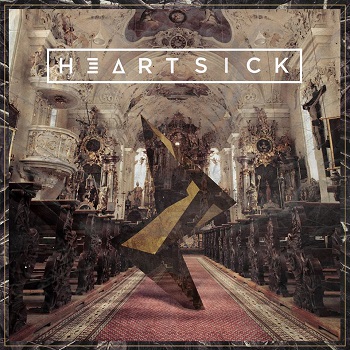