Dirt Fest rumbled the grounds once again, having Killswitch Engage close out the show as thousands of people rock out their set.

Howie D. from Hard Edge Radio and National Rock Review had the chance to talk to Mike D’Antonio from Killswitch Engage at this years Dirt Fest in Burch Run, MI on August 9. They talked about the success of the latest album, Disarm The Desent, Jesse Leach’s return to the band, even though it wasn’t an automatic decision, the reason for the long break between the last two albums and more.

Killswitch Engage has kept busy this last year with tours all over the world. The latest album, Disarm The Descent, is still getting praise from critics and fans alike. They were the headliners at Dirt Fest this year and we’re joined by several other national bands including, Battlecross, Powerman 5000, Nonpoint, Genmini Syndrome and a dozen others.

I was able to catch most of their set at Dirt Fest and the performance is always engaging. The guys were high energy, the crowd was into it and the place was a ball of fury waiting to explode. The set consisted of a great mix of songs from the beginning up to the latest record. I couldn’t think of a better way to end the night and I think it’s safe to say that the Dirt Fest crowd would agree. It was an awesome conclusion to an amazing day of live hard rock and metal.

Disarm The Descent, the latest CD from Killswitch Engage: 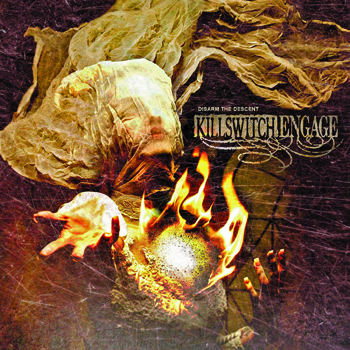