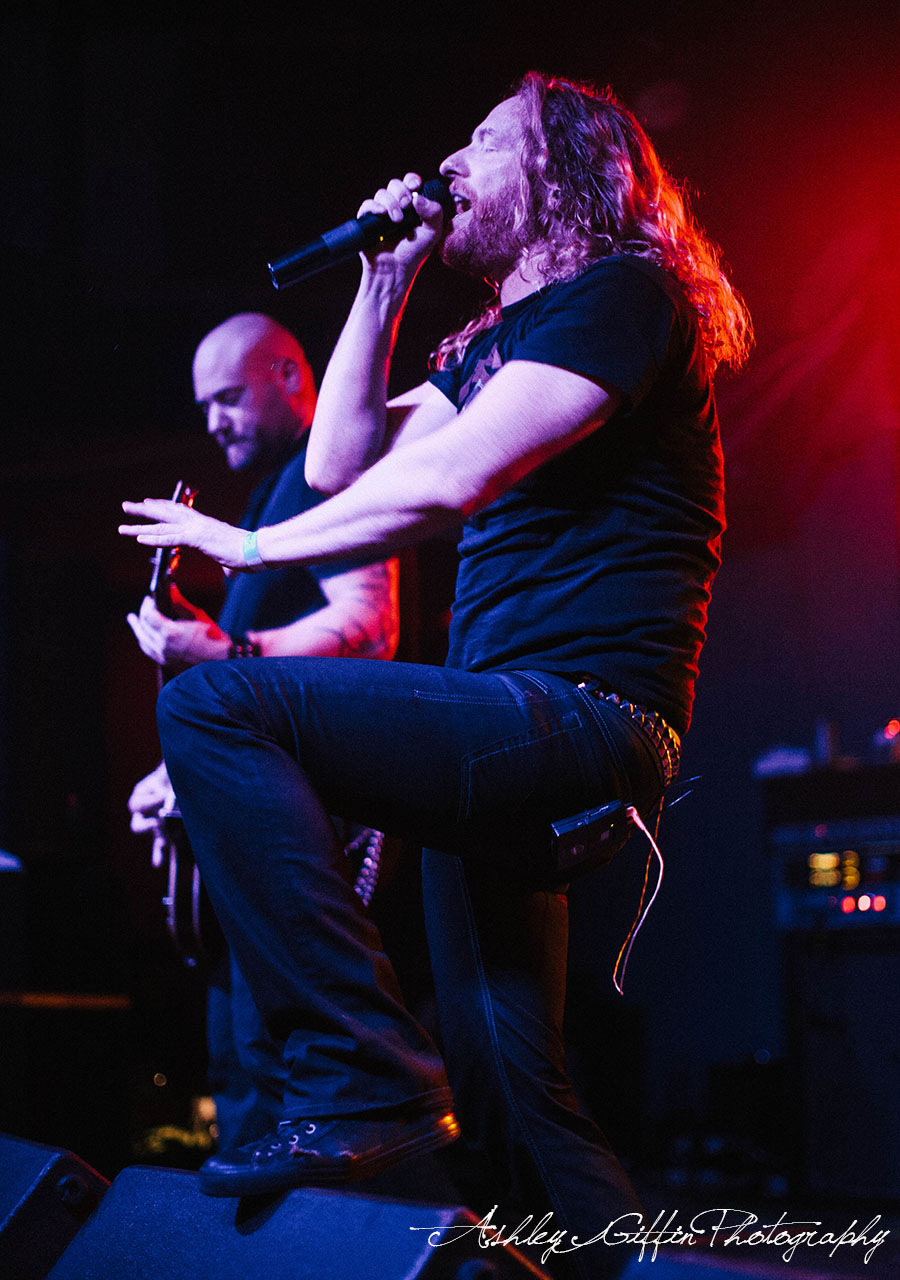 March 1, 2014 brought an international docket of Melodic Death Metal rockers to Alter Bridge in Pittsburgh, PA.Â  Metal acts Omnium Getherum, Exmortus, and No Reason to Live opened up the show for a night of gut wrenching, ear bleeding metal leading up to the headliner, Dark Tranquillity.

Local Pittsburgh band, No Reason to Live, features Joe Bonaddio – Guitar/Vocals Leon Mallah – Guitar Devon Shefchek – Bass Kevin Coleman – Drums.Â  These guys are intense and Bonaddioâ€™s vocals are absolutely insane.Â  Pick up their December 2013 release Godless and Without Fear for $10 on their website

Exmortus…..a quartet out ofÂ  Whittier, CaliforniaÂ  had a ton of energy… and hair. I really thought the way ConanÂ and DavidÂ interacted with each other on stage was awesome. They can work a crowd and have made a huge fan out of me. Iâ€™m not quite sure what category of metal to put these guys in?Â  I do know that the mosh pit was going hard while these guys were on stage. I was inspired to buy their vinyl record and it has gotten me through two days straight so far and I don’t see myself shutting it off anytime soon. The band includes CONANÂ – Vocals/Guitar, David RiveraÂ – Guitar, Jovanni PerezÂ – Bass, and Mario MorenoÂ – Drums.

Finlands contribution to the Melodic Death Metal scene is ardent six-piece, Omnium Gatherum. This band impressed me with a mix of melodies, culminating with highly concentrated vocals. Omnium Getherum is Markus Vanhala – Guitar, Jukka Pelkonen – Vocals, Jarmo Pikka – Drums, Aapo Koivisto – Keyboards, Joonas Koto – Guitar, and Eerik Purdon – Session bassist at the moment. Markus has a ton of energy and is all about interacting with the crowd. “LET ME SEE THOSE HORNS!” Seriously.Â  He really loves to see them…

Finally the headliners Dark Tranquillity took the stage.Â  These guys are amazing. This was my first time seeing them live and they blew my mind. Â With Stanne – voice, Sundin – guitar, Henriksson – guitar, Jivarp – drums, BrÃ¤ndstrÃ¶m – electronics, and Antonsson – bass youâ€™ve got Swedens finest example of Melodic Death Metal.Â  I was turned on to the band by friends and honestly had never heard of them before.

But, let me say that people in this scene definitely know who they are.Â  The Alter bar went insane for these guys. I talked to some of the more hardcore fans who were in line waiting before the doors opened and a couple said they have waited years to see DT live. Awesome!Â  There was also a man there from Sweden who said he has been following them since the beginning. He now lives in Pittsburgh and couldn’t believe they were here. He and many other fans hoped they would continue to make Pittsburgh a regular stop when in the U.S. Dark Tranquility was a perfect closeout to a killer night of metal bands and Iâ€™m so grateful I was turned on to these bands.

No Reason To Live
facebook.com/noreasontolivemusic