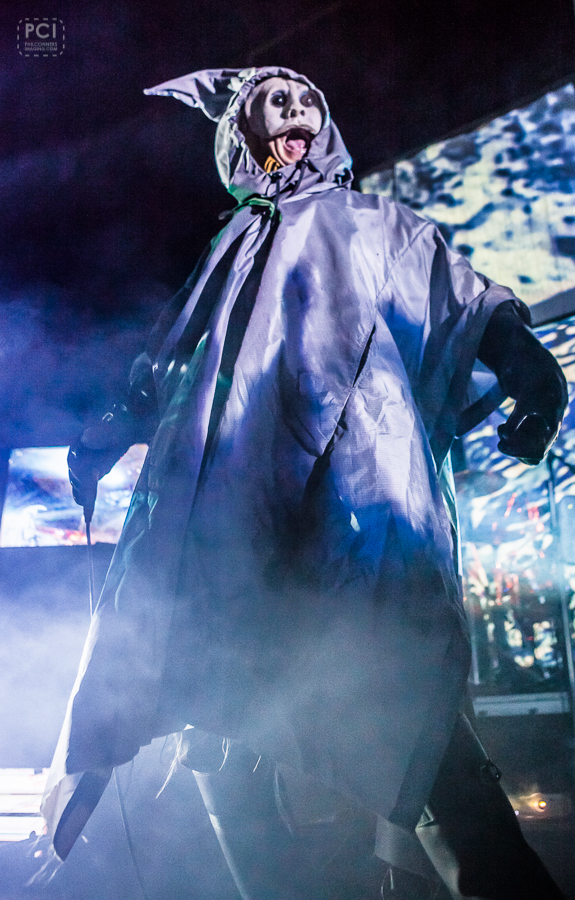 Industrial legend, Skinny Puppy, took to the stage in Detroit at The Majestic on February 19th, 2014. They are on tour in support of their latest release, Weapon, a concept album written about the “concurrent glorification of the gun culture and simultaneous horror at the devastation guns can cause.” The tour has been dubbed Live Shapes for Arms.

The band’s sound recently has taken on more the analog approach that goes back to their beginnings in the early/mid 80’s. This can be attributed, primarily, to Cevin Key’s development of custom analog synth modules.

The visuals and costume changes portrayed reenactment of a variety of situations from hazmat scenarios to animal cruelty. Overall, Skinny Puppy succeeded in wowing and shocking a packed crowd in Detroit.