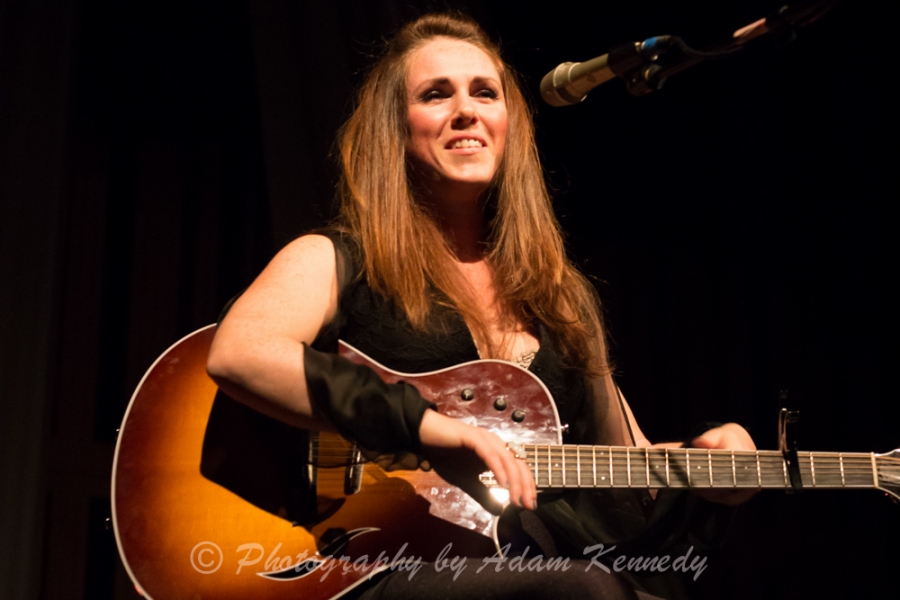 Tonight, North East concert goers welcomed Scottish blues-rock singer/songwriter, Sandi Thom, to a sold out crowd in the Northern Rock Foundation Hall at the Sage Gateshead, a beautiful venue on the banks of the River Tyne. The Sage Gateshead was recently cited as one of the worldâ€™s 15 most spectacular concert halls.

Last week, Sandi performed alongside the likes of Bruce Dickinson, Glenn Hughes, Rick Wakeman, and Micky Moody at the impressive Royal Albert Hall as part of the â€˜Celebrating Jon Lordâ€™ concert, a tribute to the late Deep Purple legend.

Sandi collaborated with past and present members of the Black Crowes on her 2012 album, Flesh and Blood. The album saw Rich Robinson producing, as well as laying down guitar, with an impressive studio band, which also included Audley Freed and Steve Gorman.

The last time I saw Sandi was a few years back opening for blues virtuoso Joe Bonamassa, who also featured on the track This Olâ€™ World on Sandiâ€™s 2010 Merchants and Thieves album.  This evening, Sandi brought us her stripped back show â€˜An Evening with Sandi Thomâ€™, which saw the multi-talented Sandi perform on her trusty twelve-string acoustic guitar and bluesy harmonica.

Sandi, not wanting to disappoint her loyal fans, performed valiantly despite suffering from a throat infection.  The crowd in the packed Northern Rock Foundation Hall enjoyed the show none the less, clapping their way through fan favourites like The Shape Iâ€™m In and Runaway Train.  Sandi, excited about the upcoming Fleetwood Mac reunion, performed a cover of Landslide from their 1975 self-titled album.  The set included five tracks from the excellent Flesh and Blood album, as well as tracks from the start of her career.  A big round of applause saw Sandi return to the stage to close her set with When Horsepower Meant What It Said from her first album.

Sandi records her new live DVD live on the tour in Aberdeen at the Tivoli Theatre.

Set List:
Help Me
Stormy Weather
Human Jukebox
Belly of the Blues
Shape Iâ€™m In
Big Ones Get Away
Runaway Train
Landslide
What If Iâ€™m Right
I Owe You Zero
Flesh & Blood
I Wish I Was A Punk Rocker

Encore:
Ungrateful Heart
When Horsepower Meant What It Said