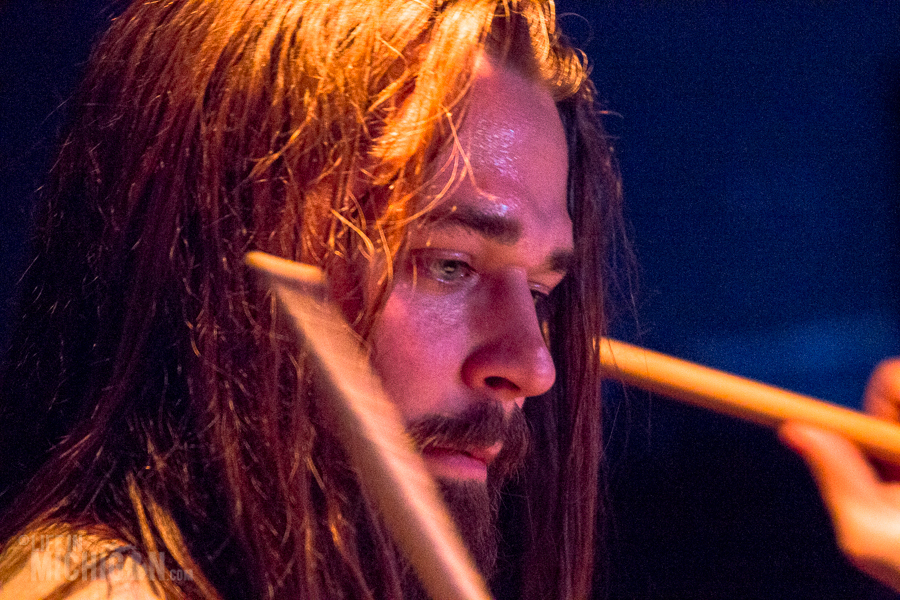 “Its only Rock ‘n Roll, but I like it” was running through my head as I walked into the Blind Pig in Ann Arbor, Michigan on Thursday night (April 10, 2014) to check out a band called LullWater.

Our editor, Erik Heemsoth, wrote a dandy album review of the latest self-titled release by LullWater back in March. Â After reading the article, I was intrigued and went to check out their music for myself. Â Shortly after listening to Albatross, I was reeled in and bought my own copy. Â So, upon learning they were coming to my hometown of Ann Arbor (in support of Passafire), I jumped at the chance to catch them live.

ROCK,ROCK, ROCK, oh yes you will ROCK! Â That is what I was thinking as these guys busted into Oddline. Music doesn’t get any more visceral than this. Â John Strickland’s vocals have that gritty intensity that is magnetic. Â You can’t help raising a fist in the air and singing along.

Wasting little time, LullWater waded into the muddy waters of Waste Yourself. Â The song seeps into your bones. Â This is where the dynamic drumming of Joe Wilson was shining through. Â The pace picked up as the band snuck up on the crowd with New Design and then worked up into Let Me Out. Â You had to smile and have a good time watching the very animated Roy Beatty play bass and interact with the crowd.

The audience loved the depth and emotional context of A Forgotten Name followed by Tug of War. The guys in the front row where throwing down with the band, which is what rock music is all about… feeling the music burning in your soul!

Albatross had me singing along as I love that damn song. Â A ball of pure rock fury! Â LullWater closed out their set with Broken Wings, which featured a simmering solo by lead guitarist Brett Strickland. Great phrasing over the interchanging rhythmic themes.

I got a chance to chat with Brett a bit after the show and there will be a lot more opportunities for people across the nation to check out this band. Â They are touring hard and hope to do 200 shows this year! Â You’ll have no excuses for missing this band when they hit your town.