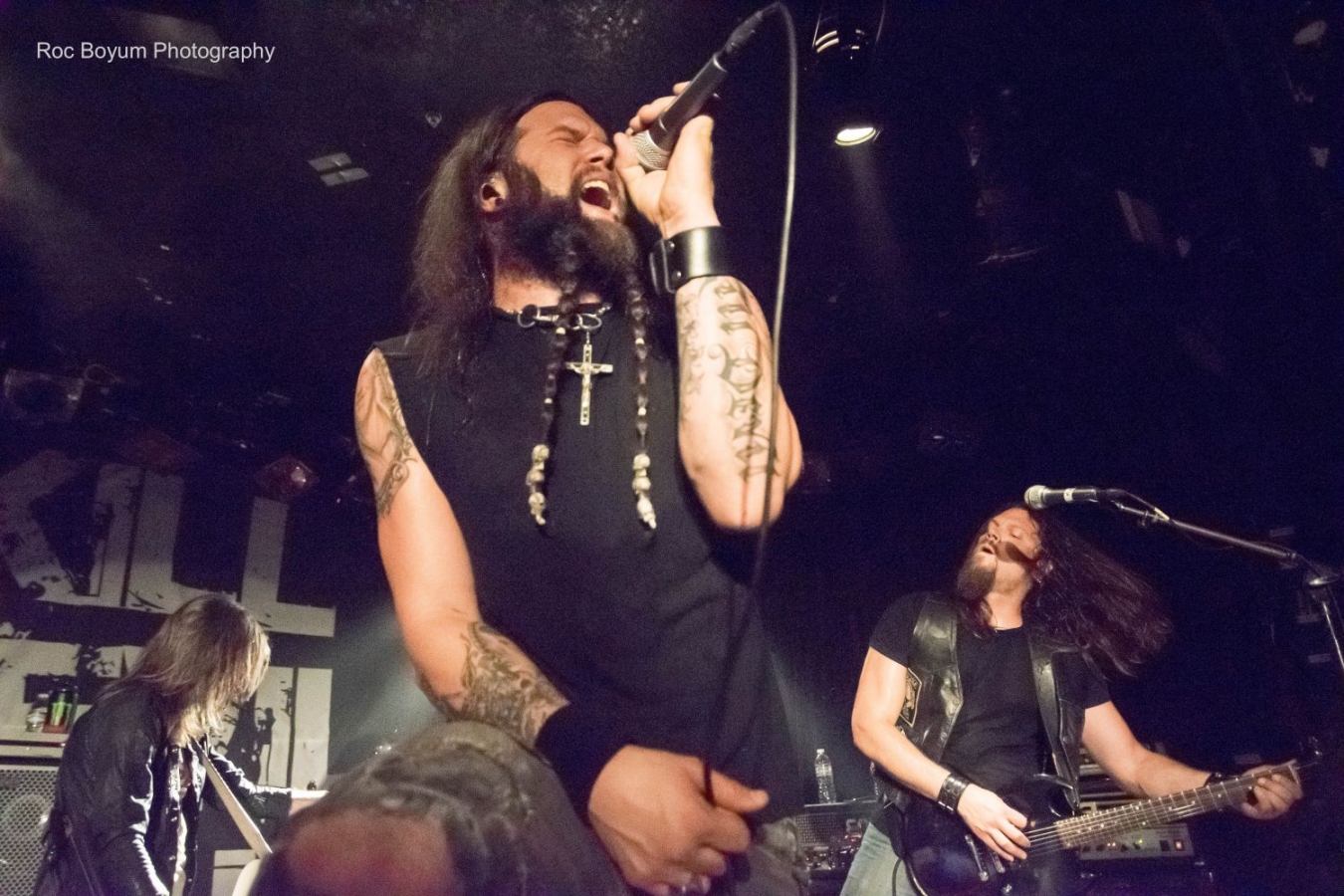 As a warm up for their upcoming 2014 tour, Kill Devil Hill tore up the Viper Room stage with their new drummer, Johnny Kelly. On March 10, 2014, it was announced that Vinny Appice had left the band, and that former Type O Negative drummer Johnny Kelly was his replacement.

After starting the first of three warm up dates at Vampâ€™d in Las Vegas, on April 4, the fans found out the band would be at the Famous Viper Room in Los Angeles on Saturday April 5th; tickets sold like crazy, which packed the club to capacity.

The night began with Black Map, a hard pounding metal band from San Francisco that performed with such intensity, they blew up their gear and were unable to finish their last song. The fans went crazy!

After a brief stage set change, All Hail The Yeti took over the Viper Room with almost an hour of music. This high-intensity metal band combined imagery with the use of animal skulls and relentless high energy manic stage persona. The intensity of the music brought the fans to mosh at the front of the stage and the bandâ€™s performance proved that they were the perfect band to open for Kill Devil Hill.

Around 11:40pm, the curtains drew back and the entire Viper Room exploded as Kill Devil Hill took the stage.

With mind-blowing and unearthly dominance, the band commanded the unruly Viper Room crowd. The crowd pulsated in a single mass of energy as they witnessed an amazing 16-song set. The band performed songs from the latest release, Revolution Rise, as well as fan favorites from the past three years. Highlights from the show included the song, Wake Up The Dead, and the fans were given an unexpected surprise when the band ended the night with Panteraâ€™s, Mouth For War, which ignited the Viper Room into the final mosh pit frenzy of the night. Be sure to check out the pictures from the show below.

The band performed at the Gas Lamp in Long Beach on Sunday, April 6th and begin their Australian Tour in Brisbane on April 11th. Check the bandâ€™s website for more dates.